by Cambria Hebert
Author Links: Website, Facebook, Twitter, Goodreads.
Penned Series: The Death Escorts Series, The Take It Off Series, The Heaven and Hell Series, Gearshark Series.
AND single novels such as: Distant Desires and Blank.

- SYNOPSIS -
I washed ashore in a little lake town.A place where everyone knows everyone, yet…No one knows me.I don’t know me.If a woman doesn’t know her own name, does she really exist?I don’t know my natural hair color, my birthdate, or where I live.I am invisible.To everyone, to everything, even to myself.Except to him.I see the recognition deep in his stare, the way it lingers on my face as if I’m a puzzle he’s desperate to put together.I just want answers, the truth… knowledge.His lips are sealed. Still, his eyes beguile me.I can’t trust anyone, not even myself. Someone wants me dead, the same someone who tried to bury me in a watery grave.They’ll come for me again… I won’t know their face.I don’t even know mine.I am amnesia. 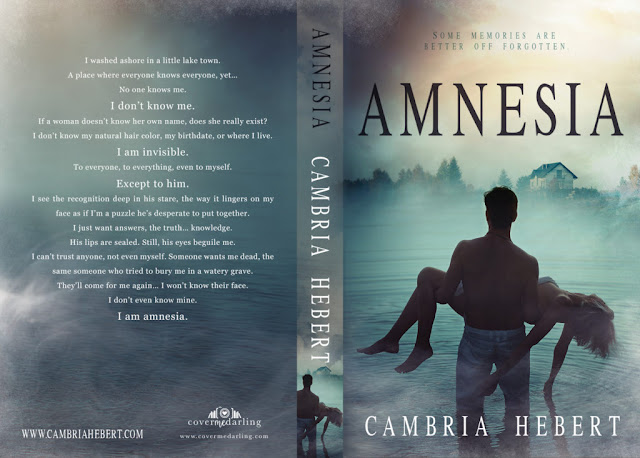 <<<<<<<<<<<<<<<==========>>>>>>>>>>>>>>>
EXCERPT
Chapter 1: EDWARD
The water called. Like a siren on a foggy night, singing beautifully to lonely boaters, luring them closer. Promising companionship but ultimately dragging them deep into the dark depths until life faded away and the onyx, cavernous water swallowed them completely.
The lake at night was an eerie place. The sound of the water lapping softly against the pebbly shores, the damp scent of the air, and how the sky seemed so much closer to man because of the way thick fog hung low, skimming over the ever-bobbing surface. Those things weren’t necessarily eerie to some, but they evoked a darkness within me. A mood always lurking beneath the surface, beneath the ready smile I wore for people on the street or members of my own family.
Though the mood was unpleasant, I couldn’t stay away. It was a strange sort of addiction, at times an intense craving. They say those with a dependence are only addicted because they get something out of it. Whatever it is they crave fills a need, satisfies some kind of void in their lives.
It was true. At least for me.
Besides the sound of swaying water and a steady breeze, it was quiet down here, save for the occasional call of a bird or the repetitious croaks of frogs. The shoreline was usually vacant when I walked along because usually it was dark, well past the hours of socialization. The side of the lake I was drawn to most was less populated. Night parties and bonfires, parking and necking took place on the other side, where there was more of a beach.
I preferred the seclusion of this shore, the way my thoughts went undisturbed in solitude. Thoughts and memories to be exact. How something so long ago could be so innately ingrained in my mind was sort of eerie in itself. Details that should have faded over time, feelings people said would dull to the point they would merely be background noise.
Lies.
People were ignorant, talking about things they knew nothing about. I let them entertain their obliviousness. After all, it was easier. For them and for me.
The bottoms of my feet were almost desensitized to the uneven, sometimes jagged pebbles. I never walked with shoes down here. I preferred the cold, boney fingers of the water, when it washed up over my foot, momentarily swallowing my skin. I felt a sort of kinship with the rocks underfoot, the way they sat haphazardly, always keeping me slightly off balance… But oddly, the unbalance made me feel more stable.
The end of summer was drawing close. Soon, this small, touristy lake town would grow quieter. The autumn breeze would bring in a crisp chill, and the year-long residents would close in ranks around one another, creating a community so tight it was almost suffocating.
A wind colder than those before wrapped around me, ruffling the hair around my ears and whipping it into my eye. Instead of pushing it out, I turned my face, gazing out at the wide expanse of the lake. The still-blowing wind tugged the hair out of my eyes and pulled it back off my face completely.
Fingertips beginning to sting a bit against the cold as the water lapped over my bare toes, I shoved both hands deep into my white jeans. My fingers curled into my palms. I stood stock still, water soaking into my ankles, wind pushing and pulling at my hair and clothes. It was dark, fog hanging low, and the stars and moon were lost in the night. Even still, I could make out the shape of the island that seemed to always float on the surface of the lake about a mile from shore.
I didn’t know how big the island really was. No one did. No one ever went there; no one was ever invited. All I knew was the way it appeared to float was an illusion, because if it had truly been floating, it would have drifted off years ago… but it remained.
Chained in place by roots and earth that likely reached far down into the bed of the water, creating an anchor only Mother Nature herself could provide.
The island and the house built upon it was a mystery. And so was the person who lived there. 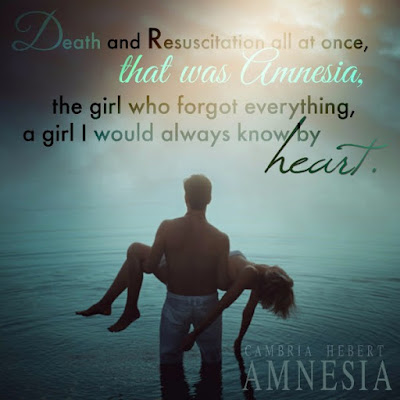