Book 3, in The Road to Hell Series 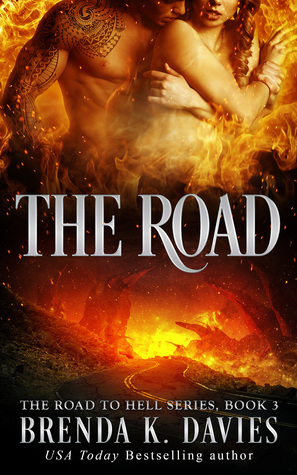 - SYNOPSIS -
River:
Standing at the edge of the gateway, I understand two things. One, I have no idea what I’m doing. Two, the gateway to Hell is not closing. Now, there may be only one option left to me, to all of us. I may have to enter the one place I’d hoped to avoid throughout this journey. I may have to enter Hell. Unfortunately, a change in events takes the choice away from me.

Kobal:
I always knew the idea of River entering into Hell could become a reality, but I expected her to be by my side when, or if, it happened. I expected to be there to protect her, but she’s gone in alone. Now, not only am I trying to catch up with her, but I know Lucifer will soon learn of her entrance into my world, and he will be after her too. I just don’t know which one of us will reach her first.

***This Series will follow Kobal and River throughout. Not all things will be resolved in this book. Due to graphic language, violence and sexual content this book is recommended for readers 18+ years of age.***

<<<<<<<<<<<<<<<<<<==========>>>>>>>>>>>>>>>
EXCERPT
Chapter 1:  RIVER
Gathering my clothes, I tugged my rumpled shirt off and pulled on a scraggly brown uniform shirt that I’d had since my days in training when I’d first been brought to the wall. I hadn’t exactly been thrilled about being ripped away from my brothers and forced to go to the wall, but I’d accepted my fate. Though I was far from a good soldier, I’d learned how to defend myself during my training.
I’d especially learned a lot about my heritage and abilities. I hated that the reason I possessed the abilities that had always made me different from other humans was because Lucifer was my ancestor. However, I wouldn’t deny what I was, or walk away from the possibility I could help fix the mess the angels had started when they’d thrown Lucifer out of Heaven six thousand years ago, and that the humans had escalated thirteen years ago.
I untied my boots, tugged them off, and removed my pants. I pulled on a pair of loose-fitting pants with a hole in the upper thigh. The pants had fit better before our journey, but lack of food, a lot of walking and running, and being this close to Hell had caused me to lose weight. I’d never been heavy, always more athletic in build, but now I was leaning toward thin, and I wasn’t sure how to feel about it.
I felt as if every day I was falling further and further away from the woman who had fished for her brothers and becoming more of the woman who could now kill things with her bare hands. At one time not too long ago, I’d hated that the fish I’d caught had to die. Now, I’d shoot a ball of life through the chest of anyone who tried to hurt me or threatened someone I loved.
My intricate bond with Earth and the life around me had always been a part of me, and I’d cherished all living things. Now I’d killed more than fish, like Lilitu, a powerful canagh demon who had attacked us. I felt no guilt over what I’d done, but I’d be lying to myself if I didn’t acknowledge that my growing powers frightened me.
And they were growing; I felt it every day. I was able to draw on the energy of life more readily and with far more strength than I ever had before. Every injury I sustained healed faster than the one before it, as bruises faded from my flesh within hours and cuts were healed by the next day.
Every day that passed, I felt less human and more something else. What that something else was, I wasn’t sure yet, but I knew I would discover the answer to it one day.
I was Lucifer’s last remaining descendant. . .
******************************************************
Now Available .... 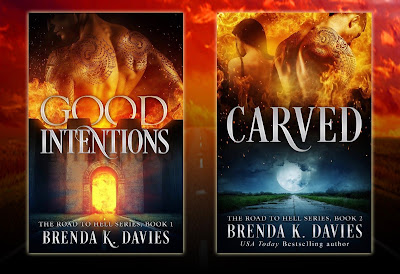