by L.P. Dover
Author Links:  Facebook, Website, Twitter, Goodreads, Amazon, Pinterest, Google
Penned Series: Forever Fae Series, Gloves Off Novels, A Second Chances Series, and A Breakaway Novels.
AND single novels such as: "Love, Lies and Deception", "No Limit" and "It Must Have Been Mistletoe".

Book 3, in The Breakaway Novels 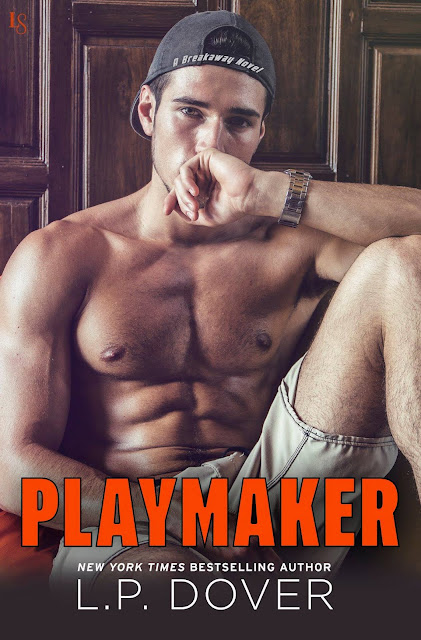 - SYNOPSIS -
He knows every play in the book.
But she’s calling the shots.

I’m Maddox Ledger, all-star winger and the reason the Charlotte Strikers killed it in the playoffs. Yeah, the tabloids like to call me arrogant. A real hothead. All I see is a guy who plays to win. Wreaking havoc on the ice, breaking a few hearts—that’s all just part of the game. And I’m sure as hell not sitting on the bench.

When my teammate asks me to be in his wedding party, I can’t refuse. Lucky for me, the bridesmaid I’m paired with is the definition of eye candy, but she’s so much more than that. Lacey Easton is totally irresistible and she makes me want to be a better man. A glimpse of bare shoulder takes me back to a steamy, two-week Vegas tryst I can’t forget. One I’m eager to repeat.  Suddenly our one-night stand is turning into the sequel. Still, Lacey’s keeping secrets. She doesn’t trust me. And maybe I deserve it. But I know more than she thinks I do and there’s no chance I’m letting her get away—or letting another guy take what is mine. This time, I’m playing for keeps.
~~~~~~~~~~~~~~~~~~~~~~~~~~~~~~~~~ 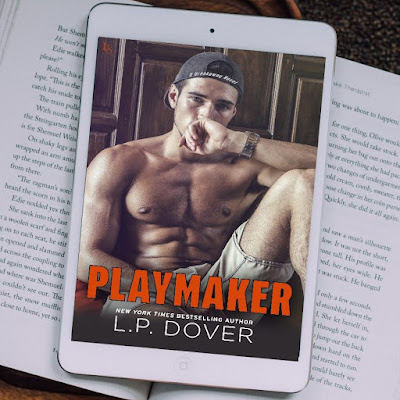 My Thoughts: Sometimes The Bad Boys Are The Great Ones!
Having just watched my fair share of hockey, thanks to the Winter Olympics, I can say I was fully ready for the hockey world of Playmaker. However, what I wasn’t ready for was how amazing Maddox turned out to be. I’m seriously jealous of Lacey and hope I get my own Maddox one day.
All-star left wing for the Charlotte Strikers, Maddox Ledger, has one goal this season and it had nothing to do with hockey. Two years ago, Maddox met a woman named Paige when he was at his lowest point. They spent two wonderful weeks together and fell quickly in love, so fast in fact Maddox proposed and they married Vegas style. But the morning after she was gone and Maddox was left looking for her only to find she hid who she really was from him. Lacey ‘Paige’ Easton has her reasons for running away, but when she’s pushed into meeting Maddox face to face all her buried feelings return full force. Only problem is can Lacey and Maddox forgive and love, or has time, distance, and distrust ruined what could be a wonderful marriage?
Overall, such a cute, frustrating and at parts very steamy read. The hero of this novel is definitely Maddox, which is kinda funny since from the previous novels he’s such a d-bag. But thanks to him finding Lacey he’s like the biggest mush ball of love. The person I wanted to smack the most was Lacey for not letting that fine man into her life sooner, like really girl?! But that’s the angst of this novel, fear and distrust rules Lacey’s decisions. Despite whatever actions or words Maddox does. Anyways trying not to spoil too much, but I’m seriously loving these bad boy hockey players becoming such family men cause that right there is HOT!! Already cant wait to see whose next down the aisle. So if you like reading about the misunderstood bad boy getting the HEA with the girl of his dreams after a whole lot of drama, this will definitely fulfill that. 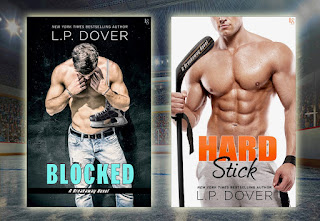