Hey, It's A Release Blog Tour for "Inimical" by Genevieve Iseult Eldredge 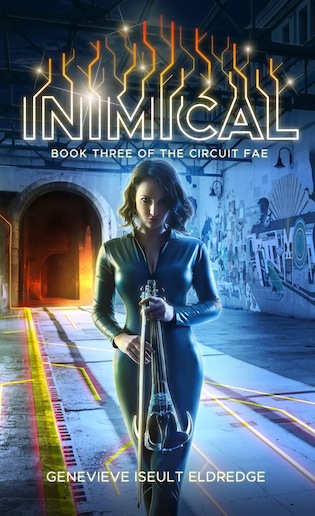 Being a fairy princess isn’t all it’s cracked up to be, especially when you have to choose between saving your people…And killing your girlfriend. Oh, and let’s not forget having to pass summer school, too.

Talk about a hot mess.

First, there’s Rouen, princess of the dark Fae, goth-rock star Euphoria, and soon-to-be senior at Richmond Elite High. Her world is all things ice, snow, and death. And that death will include her own people unless she can defeat her evil father in a Battle of Wits and War and seize the throne. Trouble is, taking the throne is a death sentence for the princess of the fair Fae. In other words, a quick death for Syl, Rouen’s girlfriend.
And that’s so not good.

Second, there’s Syl, princess of the fair Fae, geek girl mathlete, and also an incoming senior. Things aren’t any easier for her. Syl must save her people by battling her old nemesis, the fair Fae prince, and the same rules apply: taking the throne means a death sentence for the other court’s princess, Rouen.

Even worse, Syl and Rouen’s enemies have figured out they’re a couple. Now, both Rouen’s father and Syl’s archenemy are teaming up to ensure neither of them makes it till Midsummer’s Day never mind to the fall semester.

Looks like passing summer school is the least of their worries. 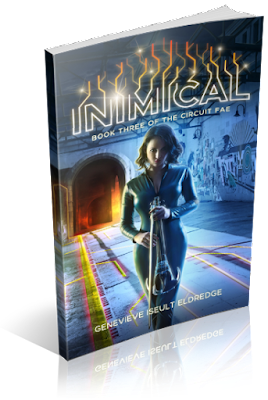 My Thoughts: Dark vs. Fair Fae
**FYI read book “Dethroned” 2.5 or you’ll feel a tad lost.**
I was excited and waiting for this 3rd installment of this series because Syl and Rouen are finally together! BUT with their circumstances heir is always a catch and ALWAYS someone, something, some rule keeping them from complete happiness. This book is certainly filled wonderful highs, angst, laughter and pain with a cliffhanger that will leave you freaking out just a bit.
Having to take make up courses Richmond Elite High to help them finish off their junior, Rouen and Syl, in a normal world should only have to worry about going on dates, finishing homework assignments, and making it to class on time. However neither of them are ordinary girls, Syl is the last Fair Princess and Rouen is the princess of the dark Fae, as well as the goth-rock star Euphoria. Their chance at love is threaten by the constant pull from their realms, both of which are dying and want each princess to kill the other in order to ascend. All must be decided by Midsummer’s Day where Fair or Dark will converge, but only one may survive.
Overall, great 3rd book in the series, but sad some events feel on repeat. Poor Syl and Rouen are girls that have proven themselves time and again but they can’t catch a break. After the last book I was hoping for more happy moments in this novel, but they basically get put in a scenario of kill her or let everyone die kinda of place . . . again. Now I will say I am happy to see that Syl and Rouen are both growing character development-wise, Rouen is allowing herself to feel and show emotions and Syl is learning to be strong and confident in herself. Both young women are definitely heroines on an epic level even if fictional they are inspirational. Okay last thing, that cliffhanger ending, not spoiling anything, but Oooooo book 4 gonna be cray-cray! So if you’ve been into this series from the beginning read on it’s gonna get real complicated now. 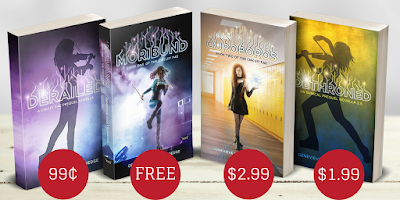 She enjoys long hikes in the woods (where better to find the fair folk?), believing in fairies (in fact, she's clapping right now), dancing with dark elves (always wear your best shoes), being a self-rescuing princess (hello, black belt!), and writing diverse books about teenage girls finding love, romance, and their own inner power.

She might be planning high tea at the Fae Court right now.
GIE is multi-published, and in her role as an editor has helped hundreds of authors make their dream of being published a reality.