NEW BOOK OUT!!- "Find Me" by Tiffany Snow

Book 3, in The Corrupted Hearts Series 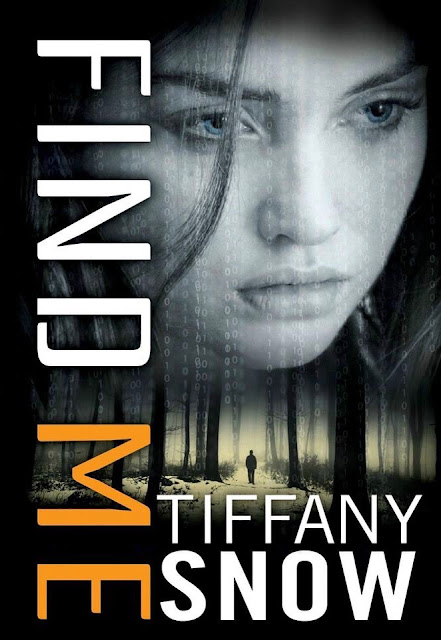 - SYNOPSIS -
As the head of the government’s secret Vigilance spy program, computer guru China Mack already has her hands full when her billionaire boyfriend, Jackson Cooper, asks for one of them in marriage.

Thrown for a loop by the sudden proposal, China’s usually well-ordered life takes another hit when someone tries to assassinate the president. Even that comes with a shocking twist: the primary suspect is none other than her ex-partner, Clark Slattery. With nowhere else to turn, the sexy loner needs China’s help and expertise. Clark has linked the assassination attempt to a failed secret operation undertaken six years ago—and a deadly cover-up that’s putting the leader of the free world in the crosshairs. But the president isn’t the only one in harm’s way. 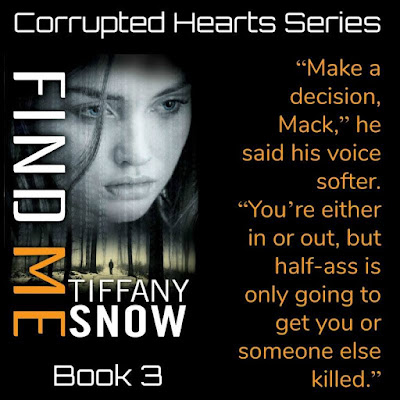 My Thoughts: China Mack Is Totally Back!!
To say I was eagerly waiting for this book is an understatement! Tiffany Snow has crafted another successful installment in the corrupted heart series and let me just say I’m sooo happy there is another book to follow. IF you haven’t read the previous novels do so immediately, because: one they’re amazing and two they’re vital to understanding what’s happening and what’s to come.
Continuing to run Vigilance, the government’s secret spy program only enacted by the president himself, China Mack is faced with many situations that are life threatening or altering, but nothing has prepared her for a sudden marriage proposal from her super sexy rich boyfriend, Jackson Cooper. Now, never one to let anything throw her routing driven life for too long, China does what she does best, and immediately helps those she loves with no thought to herself. After the President is almost assassinated and all clues begin to point to her partner Clark Slattery, China begins to dig into past operations and Clark’s past to find out any connections. Problem is when dealing with espionage and government secrets some information may be too dangerous to ever be revealed.
Overall, great hilarious and suspenseful, chapter after chapter read! China is my girl, because the more I read of her the more China Mack shines as both brains and beauty. China is a brainiac but a simple girl with her issues making her relatable. Now the conflict of should it be Clark or Jackson is there in this novel, but honestly its like can China really lose in choosing between those two fine choices? Each man is show cased more in this novel, especially Clark and I must admit I’m still a huge Clark fan despite any proposal offered by Jackson. Also freaking love Mia and all she does in supporting China, hope I have a niece as cool and understanding as her, because Lord knows I have my quirks. And Can I just say love the bit of cross over of the Kathleen Turner characters into this series, even if its because of a bullet shot at him. So if your into a geek being the heroine midst government conspiracies, then you’ll enjoy this novel.
<<<<<<<<<<<<<<<==========>>>>>>>>>>>>>>> 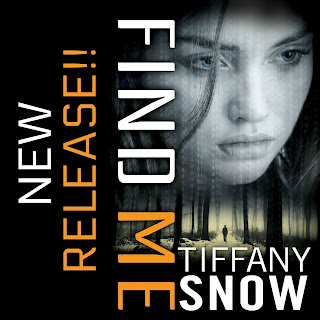 EXCERPT
Chapter 1:
I had a boyfriend for Valentine’s Day.
It was Valentine’s Day, and I, China Mack, had a boyfriend.
My boyfriend and I were going on a date, on Valentine’s Day.
No matter how many times and ways I said it inside my head, it still felt like a fairy tale. I was one of those people who ignored Valentine’s Day. If someone brought it up, I shrugged it off as a “Hallmark“ Hallmark Holiday.” Then I’d go home and shoot up men on Halo. A lot of men (I was pretty darn good at Halo).
But tonight, there would be no first-person-shooter games for me, because I had a real-life boyfriend who was taking me to a real-world brick-and-mortar restaurant for a classic, romantic Valentine’s Day date.
I’d even been promised roses and chocolates. (Yes, I’d asked for them, but still. He could’ve said no.) There would be flowers and candy and a boyfriend and wine and dinner and fantastic, toe-curling sex afterward with my amazing, wonderful, handsome, brilliant, and, did I mention rich? boyfriend.
It was going to be perfect.
As soon as I squeezed into my dress.
“Stop wriggling,” Mia complained. “You’re going to get your skin caught in the zipper, and that’ll hurt like hell, trust me.”
“It itches,” I complained.
“So what? You look amazing. You’re wearing it, and I don’t care if it itches. Now hold your hair so it doesn’t get caught in the zipper. And be careful! I worked hard on those curls.”
Mia was my sixteen-year-old niece who’d gotten all those “girl” genes that had skipped right over me. My hair was coal black, thick, and long. Usually, my hair style of choice—and ability—was a ponytail. Tonight, Mia had spent an hour with various heating and styling implements to turn my hair into a work of art. And I had to say, she’d succeeded.
Long curls in an artful disarray streamed down my back, while the sides were pinned up behind my ears. Some twisting strands were left loose and framed my face, making my jawline appear delicate and feminine—two adjectives I had trouble pulling off on the best of days.
My usual attire was jeans, a T-shirt, and a button-up shirt layered over that because I was perpetually cold. Tonight, I was guaranteed to freeze because the dress Mia was currently zipping me into had less fabric than my summertime Endor Star Wars pajamas.
I had one “real” dress (Mia’s description) in my wardrobe, bought for a work-related-undercover-kind-of-thing. Though in reality I had four—if you counted the Dalek dress I’d had specially made for Halloween, my Uhura miniskirt dress from Star Trek, and Princess Éowyn’s wedding gown from The Return of the King. I’d wanted to wear the work dress for tonight. Mia had firmly vetoed that plan.
“Jackson’s already seen you in that dress,” she’d said.
I didn’t see why that was a reason for Jackson—the aforementioned boyfriend—not to see me in it again, but I’d been hauled out to the shopping mall despite my quite logical argument that if I continued with this “rule” of not rewearing garments Jackson had seen, I’d soon be out of space in my closet. Mia had ignored me.
She’d chosen this dress, and while I’d been skeptical, she was right. As usual. It was a deep midnight-blue, which she said “brought out” my eyes, which were also blue. Silver threads were woven through the fabric (and were the source of the itching), but weren’t visible until light hit them in just the right way, so no matter which way I turned, I sparkled. It was a cap sleeve with a V-neckline that showed more cleavage than I usually displayed. And since I usually displayed none, I hoped Jackson appreciated the view, because it was darn cold. Since I barely topped five foot two on a good day, Mia said I needed a short hem, which was the only part of the dress not clinging to me like a second skin. Floaty and overlaid with a filmy blue fabric, the skirt stopped an inch above my knee and flared when I spun in a circle, which I’d done too many times to be appropriate for my age. I was twenty-four, not six.
So, the bottom line was that the woman looking back at me in the mirror when Mia was (finally) through with my makeup looked nothing like the China Mack (that’s me) that I saw every day, which I suppose was the point. It was a holiday, after all, even if it was just a Hallmark one.
******************************************************
Now Available .... 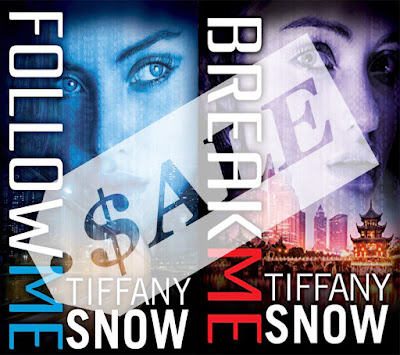