. 8
Price I Paid: **Received a copy in return for an honest review**
My Rating: 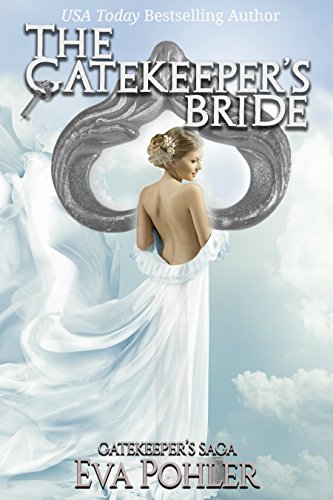 My Thoughts: No Justice For Lord Of Darkness.

This story reminded why I L-O-V-E Greek mythology! The drama, mystery and theatrics of the gods with each other and  humans is what Greek mythology entails and for an author such as, Eva Pohler, to embellish and modernize but not loose its core themes, and characters, is a great accomplishment.
Ruling the underworld brings no pleasure and time is just passing by for the Hades the Lord of darkness. That is until the Fates seek refuge in his realm with the bargain to reveal to him whom his future bride shall be. Hades with this new hope and knowledge seeks out his future wife, who is none other than Demeter’s daughter, Persephone. To say their first few meetings weren’t as Hades expected is putting it easy, Hades eventually lets Persephone approach him on her own timing. So when she does and asks to be hidden from her mother just to have a moments peace, Hades can’t believe his luck. But it’s from then on neither Hades or Persephone lives, are ever the same, as they try to find happiness together but have to contend with jealous gods, humans, and of course fate.
Overall, great prequel but an even better standalone. Honestly this book could just be it’s own story with how much history and gods are written into this tragic tale. I love when authors can romanticize a character as harshly painted or dark as the god of the underworld Hades. He was the victim and diamond in the rough throughout this novel and it literally made me shed tears for him. Now Persephone too was hurt by actions done to Hades, but honestly I was pissed at her a couple times for not realizing what an awesome man she got paired with, which again was Hades. So for me to cheer for Hades, you know that Eva Pohler did great in writing a beautiful but sad beginning for the underworld family. I also love how Eva took the time to explain why she changed some things historical and mythological facts, which of course were all done to embellish her core plot. So if you are ready to feel for the lord of the underworld and his family as the gods deal out their justice on men and each other, then definitely begin here and have some tissues ready.
Posted by hey, it was free at 5:30 PM