Hey, It's A Blog Tour for "Roman" by Heidi McLaughlin and Amy Briggs 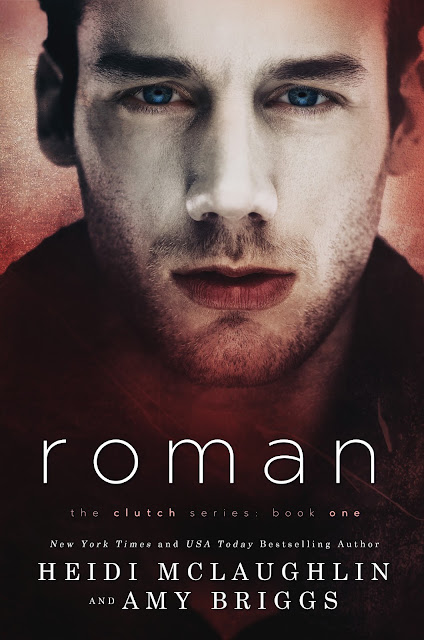 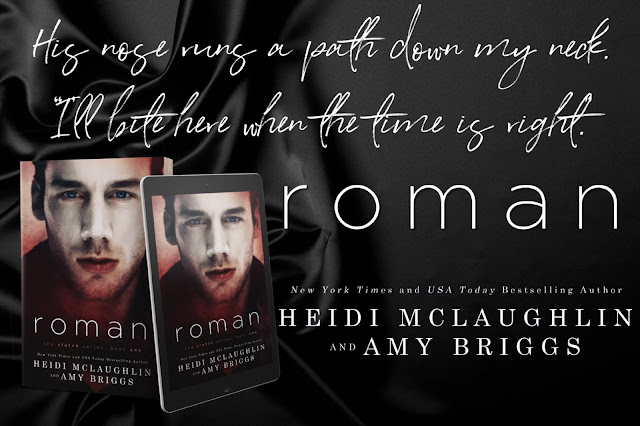 “What a fabulous collaboration! Amy and Heidi rocked the paranormal romance world venturing into the unknown with their first go ahead. Roman was so much than I expected.” ~ Amazon Review

“Amy Briggs and Heidi McLaughlin are a duo to watch! Roman was intense, romantic, sexy, and beautiful, but it was also so much more than a love story.” ~ Amazon Review

My Thoughts: I Do Declare, Roman is THE Romancer!
One may want to roll their eyes at yet another book being written about vampires and ugh humans, BUT give this novel and series a chance. These authors have truly imagined a new world with strange rules and mysterious circumstances that will definitely compel you to want more.

Roman has lived for over 500 years finding his life as a vampire to be plentiful not lacking for anything. So when he decides to buy and recapitalize a casino in Las Vegas, Roman finds himself having to work and do some research on the Weston’s, particularly the very beautiful and alluring daughter. Fiona Weston has been brought up to distrust vampires but when Roman enters her life all her preconceptions are destroyed one by one. Can Fiona let go and let love happen with Roman even with him being a vampire?
Overall, good read that had an “ending” but definitely not a conclusion as there is definitely more to their story. Now I did love most this book up until the last part of the novel, when all of a sudden my fav character Roman turned stupid typical male and literally messed everything up for everyone. The part initiated by his actions is essential to setting up for the next novels, buuut now Roman’s perfection is tainted for me. Though I’ll always love him for the flower scene, that was freakin hilarious. Fiona as a character grows the most allowing herself to change despite societal prejudices. I’m also really hoping for a book on her friend Lana who’s really open to vampires. Oh and my favorite surprise of this book *slight spoiler* the authors chose to use the Greek origins for vampire's creations and then drafted their own version from there. So if you love books with vampires falling for humans that grew up believing the dead were not to be trusted, but end up falling for them anyways and then everything goes to hell, you’ll like this series. 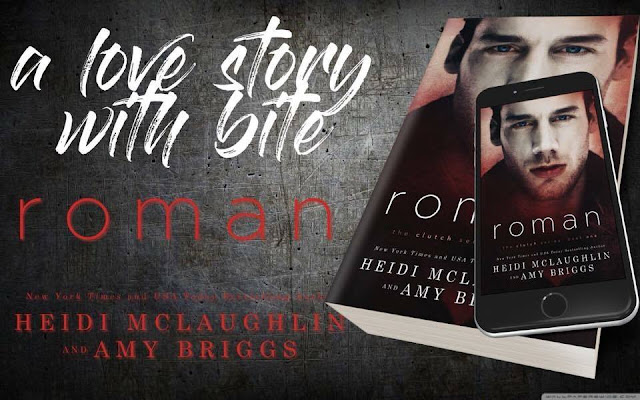 Heidi is a New York Times and USA Today Bestselling author.
Originally from the Pacific Northwest, she now lives in picturesque Vermont, with her husband and two daughters. Also renting space in their home is an over-hyper Beagle/Jack Russell, Buttercup and a Highland West/Mini Schnauzer, JiLL and her brother, Racicot.
When she's isn't writing one of the many stories planned for release, you'll find her sitting court-side during either daughter's basketball games.
Heidi's first novel, Forever My Girl, will be in theaters on October 27, 2017, starring Alex Roe and Jessica Rothe.

Amy is a Texas based writer. Formerly a firefighter and EMT in New Jersey living next to a military base, Amy was initially drawn to creating stories around emergency services and the military, and draws on her experiences to show the depth and emotional side of the lifestyle. Her love of fairy tales carries through each of her novels and she hopes to inspire readers to fall in love with love.