NEW BOOK OUT!!- "Save Me" by Tiffany Snow

Book 4, in The Corrupted Hearts Series 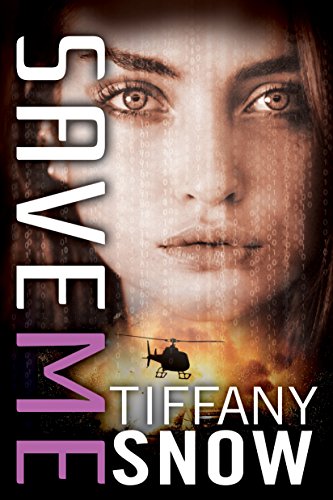 - SYNOPSIS -
In this fast-paced romantic suspense, China Mack will make one final choice.

Computer genius China Mack may be the former head of Vigilance, the government’s clandestine spy program, but she can still be knocked off balance. And two back-to-back personal blows have thrown her into a tailspin.

While her relationship with tech billionaire Jackson Cooper is on the rocks, China is testing the boundaries of what she feels for man-of-mystery Clark Slattery. But when China learns that her mother’s death sixteen years ago wasn’t an accident, she can’t rest until she knows the truth. And China’s own father, an elusive ex–CIA agent, might have been the killer. To avenge her mother’s death, she needs help, and both Jackson and Clark step up to the plate. But when her investigation is linked to a decades-old international plot to hack the New York Stock Exchange, putting both of the men she loves in danger, China must make an impossible decision to keep them safe.

As the three of them are plunged into a far-reaching conspiracy, China’s notions of love and trust are turned upside down. For China, this final case couldn’t be more personal—or more dangerous. 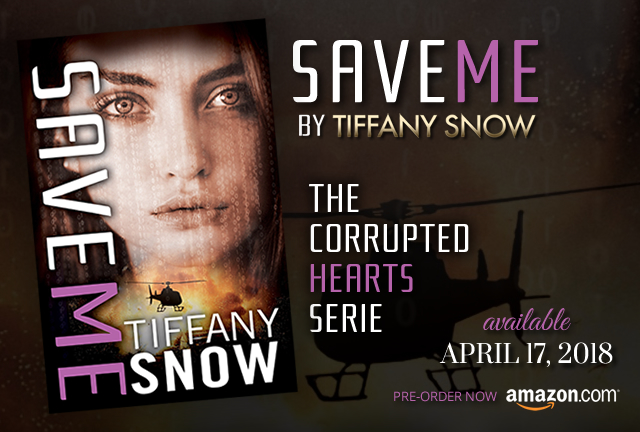 My Thoughts: Beware Emotional Roller Coaster Ahead!!
I’ve been in a reading funk for over two weeks thanks to this book. It’s left me in such an emotional wreck because I just can’t decide if I loved it or not, due to China’s final decision. Honestly I re-read the series in prep to read the final book, so when it came to the end I was stuck in shock all alone at 2am. All my emotions pushed aside I’ve finally decided after much thought and several attempts to write a review, that yes, I loved the book because it was #teamchina all the way!!
Choosing to explore her friends with benefits relationship with her way too hot for his own good agent Clark Slattery, China Mack feels nothing but guilt for putting a stop to her relationship with tech billionaire Jackson Cooper. So when she opts to try to mend her and Jackson’s relationship by informing him friendship is all she wants, Jackson does not take it nicely, nor does Clark in finding out China still has feelings for her ex even if just seeking friendship. Now if only the two men in her life were her only issue, but life for China doesn’t work that way, and she finds herself seeking the father she never knew about trying to avenger mother and once again trying to stay alive. Despite their relationship issues all three: China, Jackson, and Clark work together to work out what threaten each of their lives and any possible futures.
Overall, great series conclusion the had me enthralled, anxious, mad, crying, shocked and then content. China really shined thorough in this novel when she showed everyone especially her men that her happiness what important just as much as theirs even if that meant letting Jackson and Clark go. China has always been a character I connected to the most so when she did choose and didn’t pick the man I was rooting for I was crushed, but his ending was beautiful and leads to more wonderful news that I won’t spoil. I just loved how author, Tiffany Snow, built the moment of China’s choice and even had Kade make a quip about it. And not gonna lie I even loved the beautiful epilogue, because China finally got her HEA. So if you’ve been reading this series since the beginning definitely read this finale and enjoy all the emotions you’ll be sure to feel.
<<<<<<<<<<<<<<<==========>>>>>>>>>>>>>>> 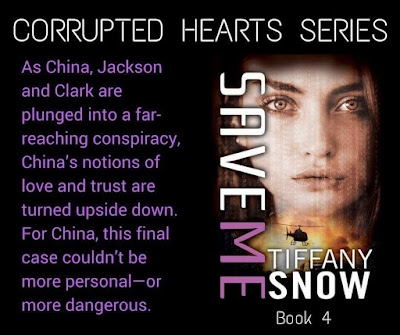 EXCERPT
Chapter 1:
Please take care, dear China, and know that while your
biology may have been a falsehood, the love of those
closest to you has always been true.

All my love,
Mom

My mother had been murdered. It hadn’t been my fault she’d died in that car wreck.
The idea was difficult to wrap my head around. I’d harbored guilt for being the only survivor that night all my life. My mother had been everything good in my world. And in a horrifying instant, my life had changed forever.
And to think the man she’d been so madly in love with—my biological father—had killed her . . . it was too much to process.
Love. Bonnie said I should trust in love. My mother had loved Mark, and he’d betrayed her. I’d loved her more than anything, and she’d died. Jackson said he loved me, but he couldn’t forgive me for ending us, which I thought was something you did when you loved someone.
Love opened you up to being hurt. It was akin to not only someone pointing a loaded gun at you, but handing it to them, too. You just had no idea how long you’d have until they pulled the trigger.
Clark and I had something, there was no denying that. I liked him and cared about him. But there was a thick wall between us that had Jackson written all over it.
I glanced at my phone for the fiftieth time in the past thirty minutes. I hadn’t heard from Clark all evening. He usually texted to at least say good night, no matter where he was, and he’d been in a few different time zones the past several weeks. But tonight . . . nothing.
It made me ache inside. The wall said Jackson, but the hurt inside my chest was all Clark.
******************************************************
Now Available ....