Hey, It's A Blog Tour for "Revived" by Kasidy Blake 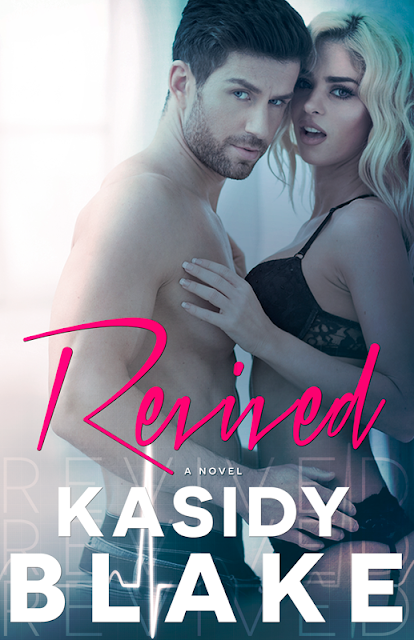 - SYNOPSIS -
From all appearances, Dr. Marley Banks has it all. Unfortunately, Marley is missing the one thing she has longed for her whole life. The one thing that she’s been told she will never get, the thing she has been made to believe she doesn’t deserve. 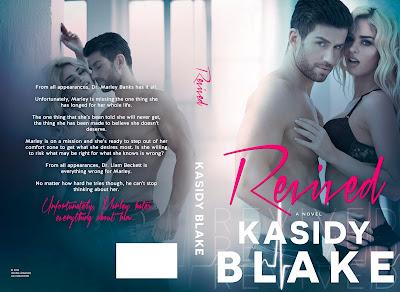 My Thoughts: Rewind and Communicate
This novel left me conflicted because the story was not endearing and main couple was not something to admire, but then the ending turned it all around. I seriously have more cons than pros but the pros resolve the cons. Sooo in the end I'm left with an it was fine but could have been better kind of feeling.
Working together since med school Dr. Marley Banks and Dr. Liam Beckett by all appearances have a relationship that is dysfunctional at best. With careers that work so closely they should be at least friendly, but according to each other someone ruined what could have been a beautiful relationship. One night and one missed opportunity 4 years ago leads them to make bad decision after decision in effort to forget and hurt the other person. Now Marley seeks to become someone new by finally living and finding a man worth loving. Meanwhile, Liam has to decide if he can let Marley go or fight for them, despite their past and current hurtful relationship.
Overall, the story ended great but the main characters relationship was too flawed. I honestly wished Marley got a real Prince Charming because Liam was such an A$$. No amount of explaining made me see him as a true catch, even in the end I basically had to disassociate him from the character he really was in order to be happy for Marley. Don't get me wrong Marley too was flawed but I felt she at least progressively developed into a better person. Liam just magically went from womanizer to Prince after one explanation, it was a good explanation, but he was still just such a real jerk all those years. Also side characters in this book took up a lot of the scenes, some were great like her BFF Ella, but Lincoln was too odd he seemed gay at first being way too involved. Marley basically had a squad to guard her, except when Liam was there . . . so fail. Oh and for character perspectives perhaps I could have understood Liam better if readers were given more from Liam's POV, he talks in the prologue, Ch. 8 and the epilogue. Though Ch. 8 didn't help his case for me, it just clarified he was being a jerk again, but at least had some reason behind his actions. I suppose in the end I just wasn't all that into the you hurt me so I hurt you and now we are both hurting and confused kind of romance. So if you are looking for a couple of doctors who are too smart and hot for their own good that they miss what's right in front of them instead they build a twisted love-hate relationship, then this book may interest you.
****************************************************** 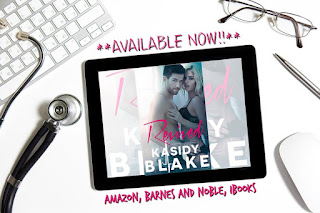 Her voice is getting louder.  I had better acknowledge her or who knows what she may do.

“I asked if you wanted to go for drinks Saturday.  A few of us are going out.  Thought I would invite you...”

“Oh, I am sure Dr. Banks is booked up for Saturday Ella, she couldn’t possibly want to slum it with us.”

I groan inwardly.  He always seems to show up at the wrong times.  Well, I think any time he is around is the wrong time, so he doesn’t have much hope.  I know what everyone says about me. I know that everyone knows that I don’t get out of the house much, except to come here, so he is trying to piss me off.  Sadly, after today, it’s working, and my ability to deal with him is on its last limb.  So there goes my filter right out the window.

“Oh, Dr. Beckett?  You are going to be there?  I do like a good game of guess the tramp, so I’d love to go.”  I smile up at him as sweetly as I can muster.  Everyone is watching and waiting to see who will win this round.

“Guess the tramp?” he asks, somewhat amused, that damned smirk starting to surface.

“Oh, yeah.  We love to figure out who you will drag back to your cave and demean for your own pleasure, then kick to the curb and take their self-respect with you.”  Point to Marley!

He laughs a deep laugh, then leans on the table right next to me.

I can smell him and a hint of perfume, which makes me want to gag.  I bet it’s the perfume from the resident this morning.  I won’t back down from him this time, though.  He has tried to push me down and it usually works, but, today, I have decided to be stronger.  At least, in the last few minutes, I have decided to be stronger.  So I will hold my head up high.
I turn to meet his gaze and watch his eyes widen as he sees the challenge in them.  We stare at each other for a while, each one of us seeing who will cave first.  I see his eyes change right before he plays his card and know I have officially lost this round, too.

“Oh, you don’t get it.  It is never just about my pleasure; I make sure she is very satisfied.”  He winks, then turns to walk away, not getting to the end of the table before he turns around and catches me gaping at him.  “See you Saturday Dr. Banks.” 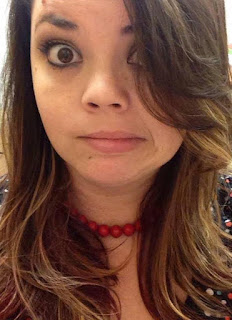 Kasidy Blake has been married to her high school sweetheart for 10 years. They have 2 amazing children who are their whole lives.

Kasidy loves reading and has been doing that for years until the voices in her head started to yell and beg to be let out!

Her friends and family are supportive and she knows she would be nothing without them, thanking God daily that she doesn't have to.

Revived is her third book. The Who I Am series is available on all platforms.
Posted by hey, it was free at 3:00 AM