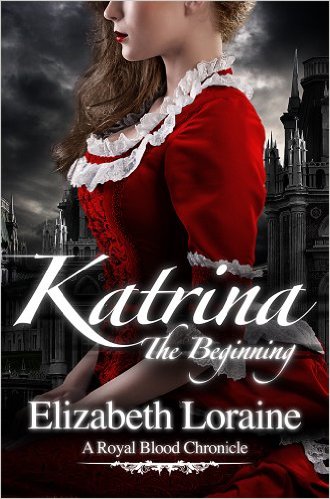 The first novel in an extensive series, this book opens up a new world of vampires guarded by a selected group of humans. This story is full of characters and intrigue. It's definitely a long read but the story is detailed enough to explain the world the characters live in.
Set in Europe during the colonial era, Katrina 'Kat' Von Dracek is a daughter of the Royal Vampires Class. Kat's life is protected by family Watchers the Voss brothers, humans who have pledged their lives to the Von Dracek. Growing up Kat trained hard to be ready for anything from human to vampire attacks. Attending a secret high council meeting with her father, Kat meets other girls her age and reunites with family thought lost amidst political change and betrayal. Together Kat and the girls, now basically like sisters to her, learn their natural gifts and trained skills are meant for a grander purpose.
Overall, the story was good but lacked deep character development and was at times inconsistently paced. The story was also told in first person but would switch to third at times making it a bit hard to get used to for sometime. Also the main character Kat would talk to or scold herself in quotes, which was kinda funny. Now speaking of Kat the girl is an awesome heroine who kicks butt like no one else. She puts her Watchers to shame and Kat's gifts are still growing. The relationships in this story seemed surface then instantly serious. It made me more interested in the girl squad than their various crushes. Plus the big reunion moment Kat has was too easily accepted, because if I was in her shoes I'd have been royally pissed and hurt. Some scenes seemed overly drawn out at points while at the action parts they were too short for the moment, because like I said would have loved more girl power. Oh and there were some inconsistencies when it came to human-vampire relations, it was allowed but not and then it was taboo all at the same time. So if you're looking for  a new spin on vampires with girl power emphasis, than you may enjoy this book and series I'm still unsure if I'll continue with the series.
Posted by hey, it was free at 6:00 PM