Hey, It's A Release Day Blitz for "Hook’s Little Mermaid" by Suzanna Lynn 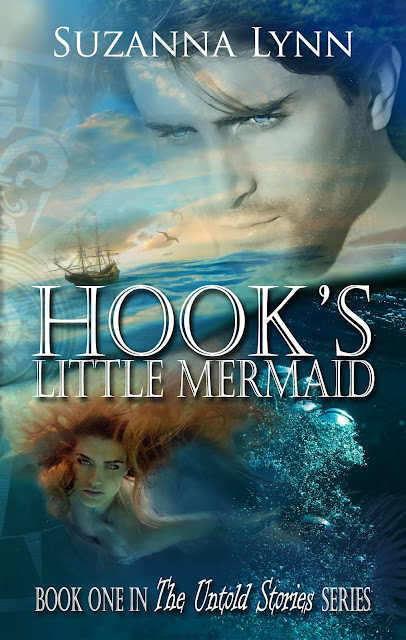 - SYNOPSIS -
Captain James Hook was once a good man trying to make a somewhat honest living. He is a pirate, after all. However, after getting word that a boy named Peter Pan played a part in the death of a dear loved one, Hook makes it his sole purpose to hunt down and destroy the fiend.

On his journey for vengeance, the captain encounters many new comrades, including a young girl named Red and a fairy called Tinker Bell, and both push him to reconsider his desire for justice.

The accidental rescue of a mermaid leads him on a whirlwind adventure in Neverland. The journey is not a simple one, considering Pan, the Lost Boys, mermaids, and magic all come into play. After several misadventures, Hook must choose between the possibility of a new life with love and his much-desired retaliation against Pan.

Once everything is said and done, will the captain be able to overcome his need for revenge? Will he let compassion steer him toward love? Or will Captain Hook live up to his villainous reputation? 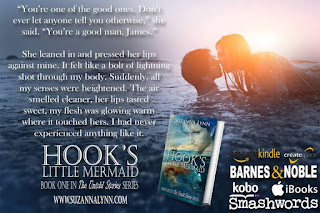 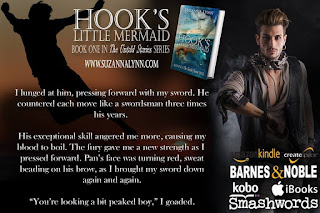 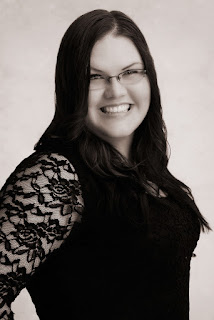 Author Suzanna Lynn is a full-time mom of three beautiful, energetic children and spends her days with them and her husband in a small town nestled in the deep rolling hills of Missouri.
Growing up in the Ozarks, as a child Suzanna spent her days wandering the fields and woods surrounding her home. While most children avoided the dark corners of the woods, she sought it out, imagining them to be filled with fairies, dragons and all number of creatures.
Having not lost her childhood imagination, Suzanna has written numerous poems, songs and short stories that won various awards in high school and college.
However, in 2014 she decided to stop wishing she could publish a book and made the dream a reality when she released The Bed Wife.
That first novella gave birth to two more books, completing the series, and stirred the embers of a new five-book series called The Untold Stories, which is currently in the works.
When she's not busy writing or spending time with her family, Suzanna loves to draw and paint, as well as scrapbook. She also has been known to volunteer with her children's school, the local Ladies Auxiliary veterans group and even the local zoo!
Author Links:
Website: www.suzannalynn.com
Facebook: www.facebook.com/AuthorSuzannaLynn
Twitter: https://twitter.com/Suzanna_Lynn
Goggle+: https://plus.google.com/+SuzannaLynn
Amazon: http://amzn.to/1UZ5sBp
Goodreads: https://www.goodreads.com/author/show/8068674.Suzanna_Lynn 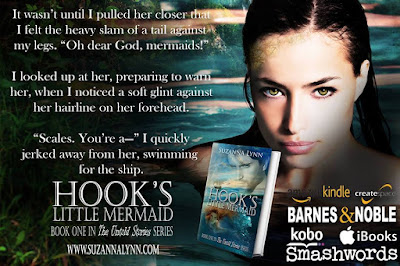