Hey, It's A Blog Tour for "Daughter of Magic by Teresa Roman 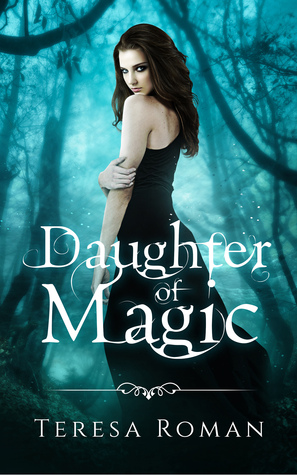 - SYNOPSIS -
Lilli sees things no one else does.

Desperate to make sense of the dreams and visions that have plagued her since childhood, Lilli confides in Devin, her closest friend, and the boy she’s fallen for. 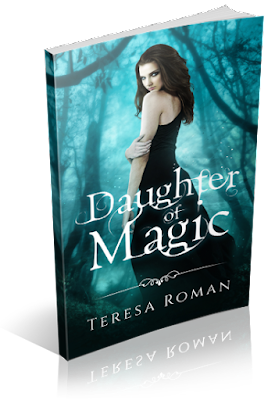 My Thoughts: A Whole World With Witches And More.
I was surprised by this novel, unsure if the romance or plot line at times would be to cliche, the author would throw a curve ball changing my mind. Dealing with the supernatural most book have a been there done that feel, but this novel felt new, just needs a bit more depth and expanding at points. The heroine was not a damsel in distress and even with an overprotective boyfriend, readers are in for an adventure.
The death of her father makes eighteen year old Lilli realize she really is alone. Her mother had vanished when she was a baby and now her father suddenly died, leaving her with no one but an aunt who lives out of town. But when Lilli thinks she sees the ghost of her mother at her dads wake, it later opens up more emotions and dreams that she has tried to forget. Lilli has nightmares and sees creatures occasional that no one else seems to, but when she opens up to her friend Devin about them he doesn't call her crazy. Devin has been trying to find a way to tell Lilli that there is a whole other world, that holds such creatures that she sees in her dreams, and they are in fact Witches and Demons. Lilli of course questions Devin's sanity, and her own, for wanting to believe his stories of Magic, but when other occurrences begin to happen and her life is possibly threaten, Lilli will need to decide on the next step before its too late.
Overall, good read just wish the world of Magic and few other plot points were expanded on. I truly wanted to cry for how lost Lilli was in the beginning with losing her father, because if you've ever lost a loved one trying to adjust to life without them is beyond difficult. But I loved how Devin was a nice anchor for Lilli to pull her back in to living. The Lilli and Devin relationship was cute and though Devin earned creepy points for being super stuck on her, you'll see its apparently in his genes to be a loyal stalker. Now I had hoped with Lilli discovering her powers there would have been a moment were she actually chose to wield her great power as opposed to the scene where it was just accidentally set off. Oh and I hope there is a sequel because the ending of Zoran (Mr. Villain) was okay, not completely resolved because of the whole family complication, but I am happy Lilli and her mom get a girls moment to reconnect. Okay now one big thing I really loved about this novel was a theme of those parents who may not be their kids biological parents but still love them as their own; That kind of love is something so selfless and pure its very special, love seeing it written about. So if you are looking for a new story about a girl discovering there is a place outside of our world called Magic, where witches and other creatures hide away from humans, then you may want to check this book out.
******************************************************
GIVEAWAY 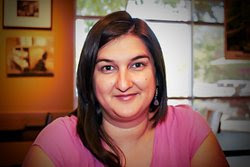 Teresa currently lives in beautiful Sacramento, CA with her husband, three adorable children and a dog named Parker that her son convinced them to adopt. When she's not at her day job or running around with her kids, you can find her in front of the computer writing, or with her head buried in another book. If you'd like to find out more about her, she can be found at www.teresaromanwrites.com where you can also sign up for her newsletter to receive exclusive book release information.
Posted by hey, it was free at 3:00 AM