Hey, It's A Blog Tour for "The Hustle" by Elizabeth Roderick 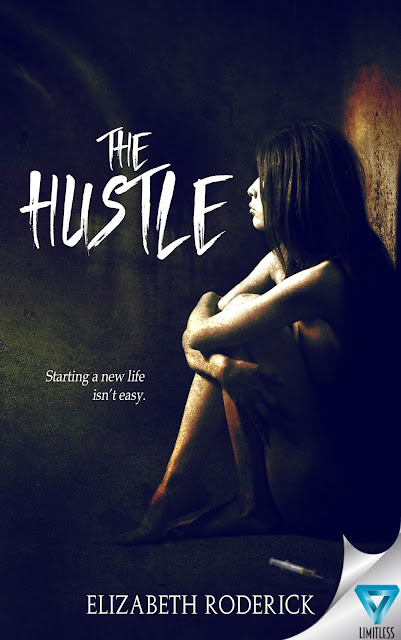 - SYNOPSIS -
Liria is nineteen, homeless, and addicted to heroin…

She’s also determined to not end up dead—like her mother. But every time she tries to get clean, on her feet, and back on the employment train, everything falls apart. This time is different. This time, she knows there are only two choices—addiction or death. Once she gets clean, though, her life ends up even rockier than before.

Desperate for help, Liria goes to the one person she can count on for a safe place to stay and regular meals—her father, Cyryl Czetski. However, she soon learns Cyryl isn’t her real father, and he wants a very different kind of relationship. Liria ultimately rejects his advances and ends up on the streets yet again, this time working in an illegal strip club.

Finally taking control of her life, Liria lands a job in a Vegas nightclub, where she meets Arty—the woman of her dreams.

Arty is beautiful, funny, and rich. But when other nightclub employees turn up dead—including Liria’s best friend, Lee—Liria suspects the business might be a front for something far more sinister.

When Arty reveals Liria’s life is also in danger, she promises to keep her safe. But Arty’s acting strangely, and seems to know too much about the mysterious deaths. Is she really trying to save her, or is she holding her hostage, using her as a pawn in a game Liria doesn’t understand? 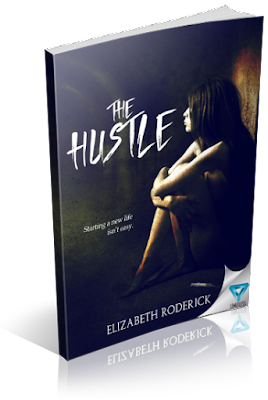 My Thoughts: Drugs, Sex, Mafia, and Constantly Looking for Love.
Honestly this book left me very conflicted  because it was dark and seemed to be heading in a brighter direction before turning bleak again and ending somewhat abruptly. The main character never had hope except to live and even at one point she ditches that  hope for a love that was never truly solid. The story felt like it was a coming of age plot-line then twisted into a suspenseful romance, but with a lot of sex and drugs.
The hustle of getting more money for more heroin is the only thing nineteen year old Liria Czetski cares about. Liria lost her mom to the drugs but ever since she got addicted the longing for the drugs is the only constant  in her life. When living with her foster brother, Lee Harvey, is abruptly ended, Liria is left alone and makes a desperate call to her "father", Cyryl Czetski. However,  Cyryl confesses that he was never her father and loves her. Eventually, Liria runs away deciding her love for Cyryl isn't the same as the love he desires from her. Liria finds herself in one bad place after another finally landing her in Las Vegas. It's in Vegas at new club Liria begins working at that she meets a mysterious woman named Arty Kopanises. When Liria's friend is found dead Arty rescues her, but Liria begins to question if their relationship is clouding her judgment about who is the real threat to her.
Overall, too dark and confusing for me to understand. The concept of the hustle and drug dependency lifestyle was illustrated to a graphic degree, which could be understandable except after Liria gets clean she eventually slips twice and its overshadowed by the other drama in her life. My other big issue with the novel is the sex, the first sex scene was too taboo with it being between Liria and Cyryl, who had been her father for so long it was too gross to read. Even when Liria finally has sex with people she liked or loved the scenes were a bit much, almost distracting from an actual story since Arty and Liria were a more sex based couple. Meaning anytime they started a conversation it seemed to be interrupted by them having sex. In the end, I honestly never understood Liria's appeal to everyone accept that she was gorgeous and everyone just liked her, because there was never any significant dialogue to show me her heart. Though I still wanted Liria to have her HEA after all the crap she went through to get clean, but when she constantly chose to return the people that used her, I started to wonder if she really wanted a HEA. So if you are up to reading about a junky who finds herself in one situation after another needing to be saved and loved, but finding it hard in a world of seedy untrustworthy people, than this book may be for you but it was not my thing.
******************************************************
GIVEAWAY
a Rafflecopter giveaway
-------------------------------------_________________________________-----------------------------------
Elizabeth Roderick 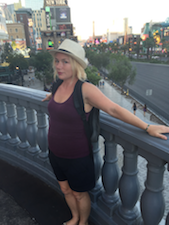 ELIZABETH RODERICK grew up as a barefoot ruffian on a fruit orchard near Yakima, in the eastern part of Washington State. After weathering the grunge revolution and devolution in Olympia, Washington, Portland, Oregon and Seattle, she recently moved to a small cluster of houses amidst the vineyards of California’s Central Coast.

She earned a bachelor’s degree in Spanish from The Evergreen State College in Olympia, Washington, and worked for many years as a paralegal and translator. She is a musician and songwriter, and has played in many bands, rocking some instruments she doesn’t even know the real names for, but mostly guitar, bass and keyboards.


Elizabeth writes novels for young adults and adults; short stories; and memoir which is way more interesting than it should be. Her stories are about love, death, gang warfare, and madness; her characters tend to be of the type that society generally shuns: addicts, convicts, and the mentally ill. She believes if people get to know these characters in stories and in real life, they’ll find them more likeable than they originally thought.


She applies Hunter S. Thompson’s Gonzo method to fiction writing. It often gets a little heavier than what she had in mind, but she chalks it up to forced consciousness expansion.
Posted by hey, it was free at 3:00 AM