Hey, NEW BOOK OUT!!- "House of Ravens" by Keary Taylor 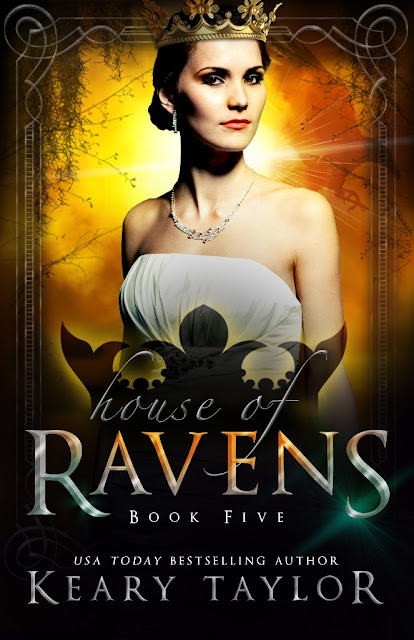 - SYNOPSIS -
Alivia has returned to Silent Bend, and the House of Conrath is stronger than it has been in centuries. She knows exactly who she is as a leader, and those that surround her are loyal—family willing to die for one another.

She will need each and every one of them, because an army has been building in the dark, biding its time, ready to break out into civil war. The tension between the Born and the Bitten could crumble the entire monarchy. It’s a revolution that may leave no survivors.

With an ancient key in hand, Alivia is about to unlock the final secrets to the Conrath legacy, and discover the answers to every question she’s had from the very beginning. 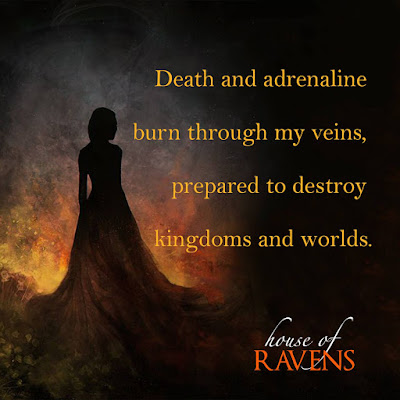 My Thoughts: Born vs. Bitten!
If you haven't read the previous novels in this series, just stop and do so now. This is the 5th, and hopefully not last, novel in the "House of Royals" and it's changed the genre of vampire fiction. In this book the  reader will be fully immersed in the battle of Born versus Bitten and all that can happens in between.
Returning from her dangerous trial in King Cyrus' court, Alivia comes home to Silent Bend as the affirmed leader but also with more questions than answers. War is upon Alivia's house and town, yet the source is unclear. More bitten continue to plague the town and if the situation isn't handled the civil war between Bitten and Born may affect the whole vampire world. Amongst all the vampire issues, Alivia also discovers a few hidden secrets within the Conrath estate that could change her life forever. As more and more secrets are revealed and the bitten revolution grows, some from the house may be lost, while others may be found out.
Overall, loved it but I'm hoping for more. This series can definitely be a saga with its complexity and numerous characters. Alivia has developed from a scared unknowing newbie to a strong wise leader. Even when she went dark, Alivia was still human amidst a world were rules barely apply. Now is her story over not sure since I felt like her story is opened but then again Alivia is a vampire and will live for ever so who knows. But I'd love to have something more from Rath, the Conrath's faithful friend, or the inner working of Cyrus. Either way Alivia's story ended beautifully with her house, her family and her love. So not wanting to spoil a certain reunion that Alivia has but it's wonderful and makes for precious moments especially at the end. Oh and the fight scenes with the Bitten truly epic, but then heartbreaking, again you'll read why. So if you've followed the series you'll love this novel.
******************************************************
Now Available ....