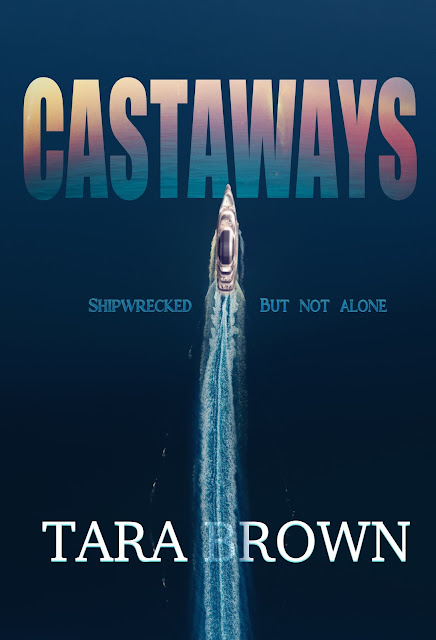 - SYNOPSIS -
Not all secrets stay buried.

Fresh from the set of her latest movie, Lizzie Benedict and her closest friends hit the Caribbean for a couple of weeks of partying, and whatever else might happen aboard the SS Dirty Oar.

When the luxury yachting trip hits rough seas, Lizzie isn’t prepared for what happens next, a sunken ship and someone else’s boyfriend rescuing her.

Waking up on the sunny, deserted island seems like a nightmare at first. Until the ten sexy celebrities decide to make the best of it. Sunbathing and eating fresh fruit off each other’s bodies is not the worst way to spend a week. There are no paparazzi and the weather is fine.

But the party only lasts so long.

Soon enough the reality of being shipwrecked hits them and the group begins to worry. Only their biggest concern isn’t being rescued.

There’s someone else on the island.

And Lizzie and her friends have something they want. Or rather, someone. 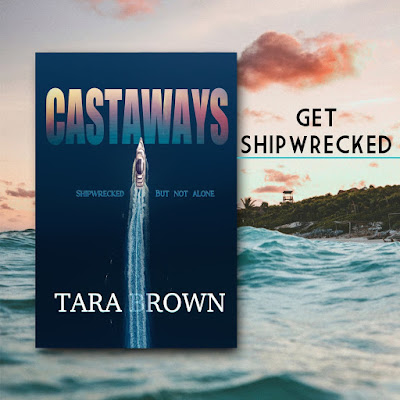 EXCERPT
Prologue:
The waves rocked the yacht much like they would a dinghy rather than an ocean cruiser that could handle anything. But the wind had picked up around lunch, worsening the already rough seas we’d endured for days.
At the time the trip was planned, the weather had sounded ideal, but I’d overheard the captain say this part of the Atlantic was known for being rough and unpredictable, so a change in the forecast wasn't surprising, just annoying.
Tonight, I found it more than annoying. It stressed me out that our plan might go off schedule with the changing weather
, bringing an unforeseen possibility of disaster. And uncontrollable.
I hurried toward the kitchen but paused in the hall outside the galley, swearing I heard the sound of a woman’s voice being muffled nearby.
Spinning in a slow circle, I listened intently but couldn't place where it had come from until it happened again, right next to me.
“No! I said no!” a woman protested halfheartedly, making me jump.
Behind the door next to me was a linen closet, one I’d already taken refuge in for a secret meeting.
But now a guy spoke softly—his words impossible to be heard from where I stood—to which the girl giggled again. She clearly was not being forced to remain in there with whoever was making her laugh, despite her protests.
The sound was familiar, maybe that idiot Lizzie, but being the group we were, it could have been anyone. Everyone on this boat was hooking up with someone they shouldn't. Myself included. But appearances were everything.
I didn't have time to sit and listen to figure out who was in there. I had work to do.
My steps were silent as I tiptoed into the galley, listening for the cook. He was nowhere to be found, thank God. I didn't need another inconvenience.
The crew's dining carts had been assembled. They were always ready to fo at six in the evening, so the crew would be done dinning by the time we were ready to eat at eight every night.
With one more glance about the kitchen, I strained my ears a little harder, listening for anyone who might witness what I was about to do before slipping the vial from my pocket.
It was the last night at sea, the last night the security team could enjoy a relaxing evening off duty. The last night they would drink wine with dinner.
The kitchen was colder than the rest of the yacht.
My fingers trembled slightly as I popped the lid from the vial and sprinkled the salt-like contents into the red and white wine already in decanters. I added some to the water jugs, just in case.
Being extra careful not to touch the coarse powder, I unscrewed the lid on the salt and pepper shakers and added it to them both, emptying the last of the granules into the pepper. I tossed the vial into the garbage and washed my hands quickly before using a napkin to screw the lids on the shakers. Then I shook them slightly to mix the contents so the white wasn't noticeable in the pepper. I tossed the napkin, washed my clammy hands again, and stepped back from the carts.
This was it.
This was the moment we were waiting and planning for.
I did a gut check, searching for remorse or regret, but there was nothing.
Tomorrow would be a new day, a start to something better. And as with all evil plots, this one was going to get worse before it got better.
With a turn, I fled the galley and hurried for the front of the ship, the panic of getting caught only leaving me when I was on the stairs, far removed from the carts of food. Instead of worrying about being caught, now I had to be hopeful their delivery would be as planned. Trusting this would go as intended wasn't easy. One wrong move and lives would be lost. And not just the ones we were gambling on.
Another loud voice caught my attention, only this time it wasn't laughter coming from a closet, but rather the captain speaking loudly to someone.
I crept through the hallway near the bridge and listened as he spoke into a phone while pacing in a small circle. It had to be a satellite phone since none of our cell phones were working. “I’m telling ya, I think we’re off course. It’s dark so I can’t be sure, but I don't even know where we are. So if I can’t get the equipment working again, I’m sending an SOS. If you haven’t heard from me in the next five or six hours, you send the SOS for me. I just hope we haven’t veered south, that would worry me.”
He didn't mention why he would be worried which made me anxious.
We’d deviated south.
I knew that because I’d made sure of it. I just didn't know why it would matter, what was wrong with going south.
“Okay, talk later.” He hung up with a heavy sigh, leaving me with questions and no answers. Sort of the same way we’d left him when we wrecked his nav system.
He didn't know there was sabotage, he wouldn’t until it was too late.
******************************************************
Posted by hey, it was free at 11:00 PM