.4
Price I Paid:  Zip,**I received a free copy in return for an honest review**
My Rating: 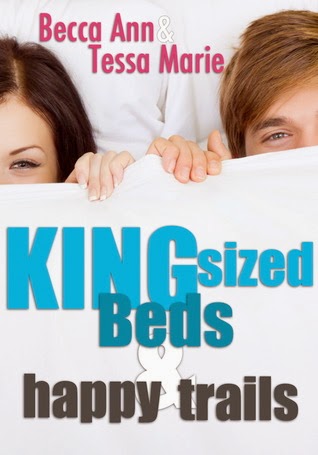 Seriously there are those books that make you want to just jump in and shake the characters until they stop being so stupid in their decisions and yell at them "Your an Idiot!". Yeeah this book has that up the wazoo, but the characters work themselves out  . . . eventually. A reader just needs to take a chill pill, relax in bed and perhaps grab some nail polish. (I'll explain)
Lexi Boggs, ironically is bogged down by her alcoholic mother father, abandonment issues and the white trash persona. All Lexi wants is to keep her nails coated and distance herself from it all as much as possible, which means when Lexi is finally given the chance to nab the schools hottie, who is showing some interest in her, she plots to make it all happen. Lexi makes it her mission to make him hers, so she could have the chance at a "perfect life" and find love. However Lexi doesn't realize what she has, and may lose if she doesn't wise up to what's always been in front of her, because she may already have all that she's been searching for in her amazing best friend Ryan Parker. Ryan had been there for Lexi and knows everything about her. He will also do anything for her including helping Lexi in her plans to get the man she thinks she is in love with. Ryan has only one flaw he lies to Lexi about his feelings for her and how he wishes they were more than best friends.
Getting Ryan and Lexi to see they are meant to be is the gist of the story and though I must admit to wanting to slap Lexi for being so dimwitted for not realizing the obvious. I was later wanting to do the same to Ryan. If this book had been a RomCom film there would have been a few parts I would have made my sister fast forward, because that's what we do when we know the whole awkward moments coming and you know the couple will do something stupid, and it's gonna be like a car wreck, so you want to look away from it but you can't kind of a thing, yep this book has some of them moments. But it also has some great funny moments and the nail polish. I love Lexi's nail polish from Cha Ching Cherry to Pink Before You Leap or Houston We Have a Purple. Lexi's nail polish is more or less a mood ring for her and she has one it seems for every occasion.
Overall I enjoyed the book and look forward to reading more from these authors. The book was perfect for a nice cloudy cold day when you have time to bundle up and read a book. This one may have been frustrating at times but you couldn't help, but root for Lexi and Ryan to get their words right or finally get their acts together and make their HEA happen. Especially since Ryan is like the perfect catch and Lexi deserves a HEA. What color of nail polish do you think that comes in?
Posted by hey, it was free at 8:38 AM