Hey, It's A Book Tour for "The Key of Alanar" by Rory B. Mackay

by Rory B. Mackay 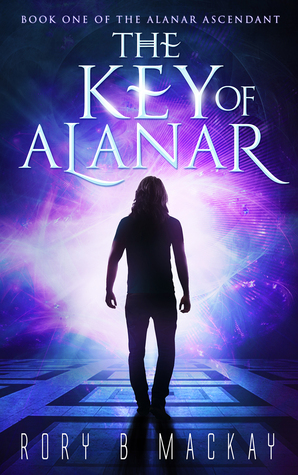 - SYNOPSIS -
Lasandria: an ancient, advanced civilization, consigned to oblivion by the greed and power-lust of its own people. The coming apocalypse heralds the arrival of a new evil that will ravage the world of Alanar for an entire age. Yet on the eve of Lasandria’s destruction, the ethereal overseers of the mortal realm grant a dispensation—a promise of hope for the future.

That hope lies with an orphaned teenager named David, born some ten millennia later; a boy whose isolated and uncertain existence leads him on a journey upon which hinges the fate of not just his world, but countless others. On the run from a brutal military force, David’s quest is one born of shattered dreams and tainted by the thirst for revenge. As an inter-dimensional war that has been waged since the beginning of time threatens to consume his world, the dark force that destroyed Lasandria lurks in the shadows, ready to take possession of the one thing that will either save Alanar or destroy it: David.
~~~~~~~~~~~~~~~~~~~~~~~~~~~~~~~~~~~~~~~~~~~~~~~~~~~~~~~~~ 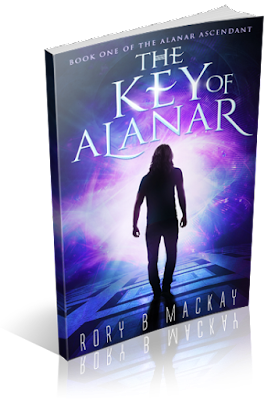 My Thoughts: Safeguarding The Key To Infinity And Beyond
The book is a good read that is adventurous and thought provoking with new world concepts. This author without a doubt is very imaginative as he created a whole new world and completely thought out the characters and ideologies. Problem is the book length and narrative is largely narrator driven or inward reflection perspective, which keeps you from connecting with the characters.
Living as an outsider on the island of New Haven, David never felt like he fit in with his classmates or parents. It's only after learning he was adopted that David realizes his feelings were justified. Years later David is given a pendant found when he was brought home to the island and touching the object begins a chain of events. David learns from his mentor the local medicine man, Janir, that an evil force called The Alliance, is coming for him and his pendant which is part of The Key of Alanar. Destruction comes to New Haven and David with Janir and only a few survivors narrowly flee. David now has one mission revenge on the Alliance and to do that he must find his way to ancient portal before he can be captured by the dark force seeking to use him for the utter destruction Alana and then the world.
Overall, brilliant concepts and very thought out plot structure, but the story was too long for an introduction to the series and did not have enough character interactions and dialogue. I wanted to really like and enjoy this book but the story dragged on at points because of the explanations of this and that, which had relevant info, but it cramped any feelings for the characters and their plight against evil. I'd be okay with not caring so deeply for the characters if the author hadn't initiated hopes of romance or loss for family members and fallen comrades, all of which makes dialogue more pertinent to garner an emotional connection. Again I must mention the fictional theology in this book is fascinating as it mirrors many world theologies and religious ideas on life and death, so it was interesting to read a combination of them in this story. In the end if you'd like to take a chance on a story of a young man discovering his identity and destiny by transversing the harsh world he lives in and finding new people to accompany him along the way all willing to join in the fight against the evil darkness called the Alliance, this book would be good to try. 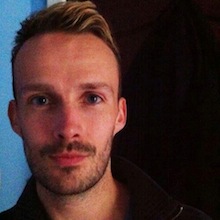 A natural born writer, thinker and dreamer, Rory Mackay was born in Glasgow, Scotland in 1979. As an ardent student of Vedanta, Zen and Taoism, one of Rory’s true passions is exploring the potential of fiction and art to elevate mood and expand consciousness.

Rory is the author of the visionary fantasy/sci-fi novels “Eladria” (2013) and “The Key of Alanar” (2015), as well as a translation and commentary of the Tao Te Ching (2014) and several short stories.

He is in the process of writing a self help book and writes a regular blog at http://beyondthedream.co.uk. His website is http://www.dreamlight-fugitive.co.uk.
Posted by hey, it was free at 4:53 PM