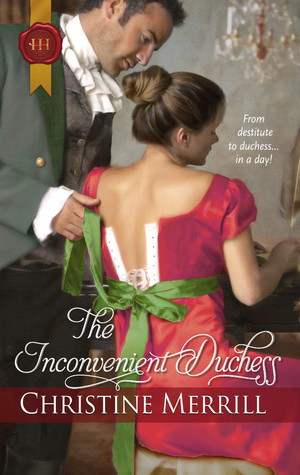 My Thoughts: Unsuspecting But Perfect Fit

Full honesty I'm a huge fan for gentry historical fiction, so obviously by the title I was interested to read about a girl falling into a duchess position. Now this particular novel I've managed to read twice, because it was reprinted through a new romance publisher. As far as I can tell the story is the same except for being cleaned up a bit, but it's basically the original with all its drama intact.
With no prospects, save for being a servant or falling prey to becoming a Lord's mistress, Miranda, is sent away by her ward and father to an old friend. Miranda has the birth title of Lady, but her father's debt left them destitute. Hoping only to be given housing until introductions to a prospective husband can be made, Miranda instead finds herself in a compromising position. The lady of the house is now longer alive and now only the Duke with his rakish brother reside at the manor. The Duke of Haughleigh, Marcus Radwell, finds Miranda to be an inconvenience, but ever the gentleman offers his hand to save her honor. So when Miranda decides to become a proper duchess and the Duke learns to love again, What seemed like a convenient proposal is anything but, especially when someone is set on disrupting their possible happiness.
Overall, nice read. Maybe it was the two times I read it, but I wasn't overly into the book. The drama was there but honestly I was so irritated by the jerk of a brother half the time I wanted the Duke to just throw his butt out and bye-bye problems. Miranda is probably my favorite in the story because she just minds her business and takes names. She may have landed the best title and husband by mere accident, but she goes to work on ensuring she is a Duchess and the manor is fit for a Duke, even if said Duke isn't home. The Duke you may eventually come to like, he has a heart its just locked down, because of past hurt. However, when he does show love to Miranda it's so endearing. So if you are looking a story about a girl finding love after entering a marriage by circumstances and a Duke learning to open his heart on the chance it may be broken for the last time, then try this novel.
Posted by hey, it was free at 11:30 PM