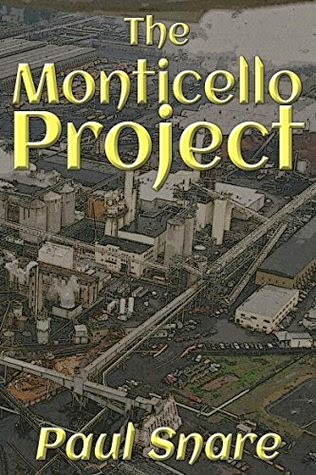 The story was vey complex mixed with an array of characters and their situations. The story was narrated in both a first person sleuth noir sort of way and then third person perspective to enhance the story and characters.
The protagonist is Jon Scott who is a thirty something man who works as an advisor to the manager at the Monticello's Project. However, what he is real objective on the site is to weed out the scams that pop up during big construction projects, as greed happens when money is around. What shakes up this job for Jon is when a sub contractor is caught up in distributing cocaine, the murder of a state trooper and all that connects to the project in some way making it Jon's concern. The FBI and DEA end pulling Jon into their case as an investigative asset to help solve the crimes surrounding the Monticello's Project.
Overall, the book was okay, it wasn't spectacular but okay and it was a lot to read. I could definitely tell the author knew his stuff and was all about letting his readers be well informed. The story was very "he said, she said" kind of a story. And the tone stayed very steady not too dramatic till the end. The plot flowed relatively well, though it switched from present to past and between 1st and 3rd perspective all in an effort to flush out the story for readers to get the whole picture. Also there was a bit of romance between Jon and a woman named Kathy Sullivan, but it felt really forced at the beginning, actually it felt very awkward. The reason was the character's voices all sounded the same as Jon's, so when Kathy and Jon flirted, it was very flat, not romantic. However, this is a crime novel, not a romance novel, so no one can fault the author for his lack of character chemistry, but I will say chapter 9 was awkward. In the end if you're looking for a story about a guy ferreting out crimes on a construction site who gets caught up in a situation more than his pay grade, this book would be good to try out.
Posted by hey, it was free at 5:47 PM