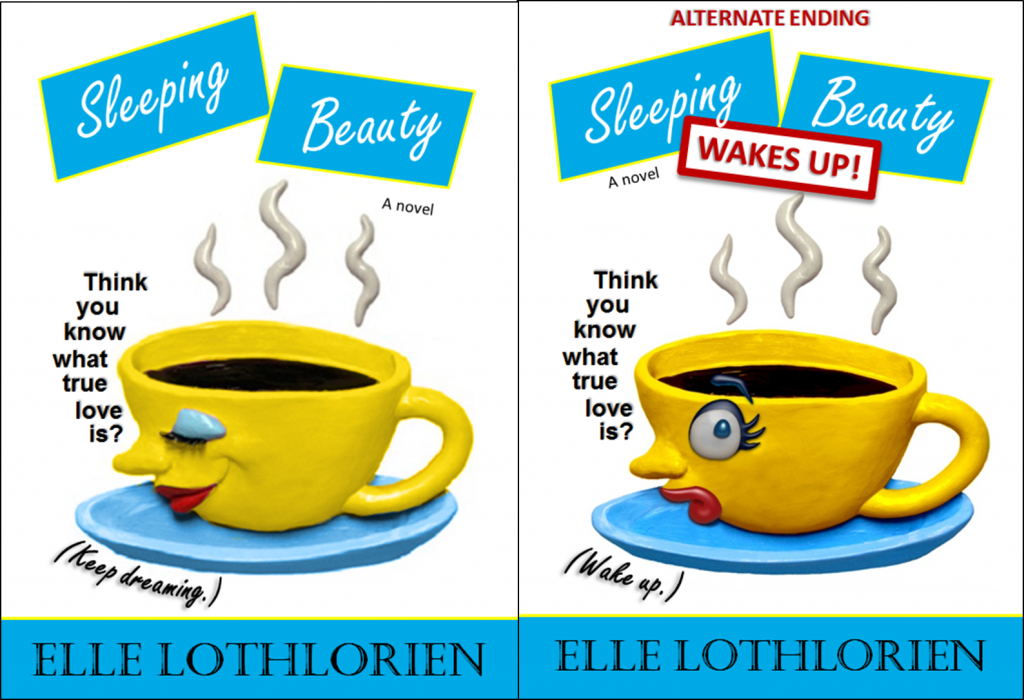 My Thoughts: The "Wakes UP!" Version Is the Best

The first version, Sleeping Beauty, is completely one of a kind and was a great read full of unique characters, suspense, mystery, romance and a bit of humor, but sadly I was definitely flummoxed and disappointed by the ending. The story had so much momentum and promise in the beginning, but the ending just felt wrong. Sooo I was ecstatic to find the author ended up writing an alternate ending version that changes from Chapter 11 onward, and was then republished as a second version of the book to satisfy readers like myself. The result was, Sleeping Beauty Wakes Up!, and it is exactly how I wanted the story to end. The ending now makes sense and gives me that feel good feeling after reading a good book.
The story is told from the main characters perspective, a young woman named Claire, who suffers from KLS, also known as Sleeping Beauty Syndrome. Claire is often not taken seriously due to her small stature and her KLS condition, which makes her fall asleep at any time in any place for an unknown time all while she continues to live in a semi-conscious state, the other downside she will later awaken with no recollection of her actions when she was "asleep". Paging Doctor Brendan Charmant, he's the new doctor assigned to her rare case. Claire and Brendan have an insta loathing reaction with an underlining flirtation of attraction. Things go wrong when Claire awakens after one of her Sleeping Beauty spells and is told by her bother, West, and her brother’s boyfriend (and Claire's best friend/crush) Davin, that she has been dating Brendan seriously for a while. Claire has no idea what her life has become and everything is hear say from her friends and family because of her sleeping beauty syndrome.  From then on Claire tries to piece back her life and find the truth about what happened during her last big black out. The story escalades into a messy situations that will bring to light who Claire's real Prince Charming is meant to be, but first allegations are made, people are hurt, a case is brought to court and another surprise for all is revealed.
Overall, I hope you are intrigued enough to give this book a try as both the old and new version are well written and a great story, but ultimately the version that gets my biggest endorsement will always be Sleeping Beauty Wakes Up! Again the ending just made more sense, from how the plot was going and the relationships had been heading the obvious ending lies within the pages of “Wakes UP!” Now, by all means read both if you so dare, however I will only be keeping the Wake Up! continuously with me on my eReader.
Posted by hey, it was free at 2:24 AM