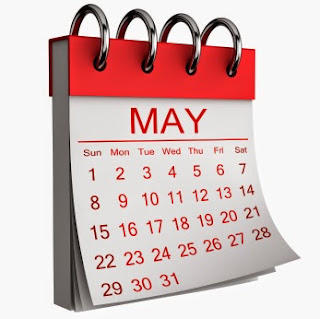 Did you know that May is named after the Greek goddess Maia or the Roman goddess Bona Dea, who was the goddess of fertility. Ironically (and you'll see why later) there is another version where May is named after the maiores, which is Latin for "elders". The birthstone is the beautiful emerald, which is said to be a symbol of love and success. Oh and apparently there is a flower for the month too which is the Lily of the Valley.

Now I should come right out and state that my awesome date of existence aka my birthday is NOT in May. Nope, this month actually costs me a lot of cash, because not only does this month hold both my parents birthdays, it hold my cousins and friends birthdays as well annnnd Mother's day too. Does any one else hear my bank account weeping, cause I do. Also, lets not forget the other special occasions throughout the month.

Truly the month is fun, I mean you know the month starts with May the 4th, which if you're a geek you know it's all about  . . . 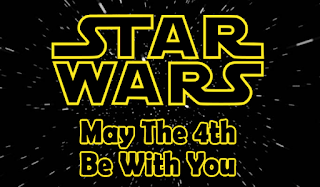 Then the very next day if you're Mexican America, like myself, or a SoCal resident for that matter, it's the holy day of . . . 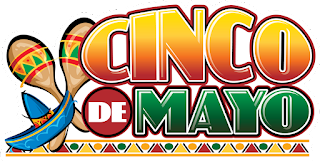 Now normally in my house we eat rice and beans at least 3 times a week, it's just what we do as 3rd generation Mexican Americans.  However on May 5th, SoCal residents join in on the Mexican spirit and celebrate Cinco de Mayo by eating rice and beans with burritos, tacos, Carne Asada, etc.

Then there is the day all people either love, loathe or have feelings of heartache over and that day is . . . 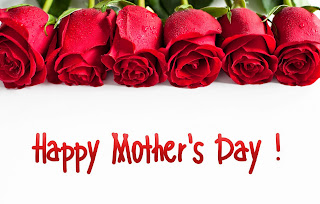 Depending on your relationship with your mother, or as a mother yourself, you can either have it filled with a day of loving moments, or anxiety because you and your mom don't have a good relationship, hence the possible loathing emotion. Then there is the possibility of having the feeling of heartache on Mother's day, because not everyone has a mother to celebrate anymore. I know my mom has her mom, my grandma, but it was her grandma, my great grandma, who was her real mom. My Great Grandma's passing still brings tears to our eyes anytime we think of her sweet face, antics and laugh. And I will not forget to mention those that can not give birth, for any number of reasons, who thusly find mother's day a stark reminder that they can not be mothers naturally, but with adoption or giving their love to a child close to them, they can be a mother in any number of ways by nurturing those without a mother or mother figure. Last but not least, there is those mothers who have had miscarriages, they were mothers for a time, wether it was for a week, month or longer, they still carried life and prepared for motherhood. So mother's day for them too is sometimes bittersweet. My mother had one between my sister and me, I named the baby Rachel and insist she is just waiting for us in heaven with my amazing great grandma.

Okay now that I got myself all teary eyed, I can say the rest of the month for me is focused on P-A-R-T-A-Y-S!!

In total I have 5 friends and 5 family members who were all born in this blessed month. I love giving gifts and getting together, so having all these birthdays ensure my group will get together. My family actually combines the birthdays together because they are so close. My aunt's is on the 16th and my 2 are cousin's bdays are on May 18th & 20th, while my parents are on May 20th & 22nd, they are exactly four years and two days apart. For those two days my mom loves to rub it in my dad's face that he's 5yrs older. Also both my cousins are 10 yrs older than me, so now y'all can see why I'd think the later naming of the Latin version maiores, aka elders, for May seems totally correct to me. 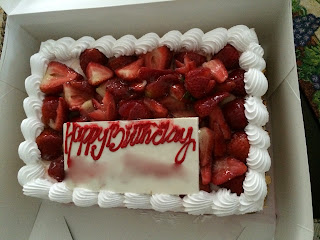 Anyways, we hold a one day May birthday celebration for them all. It includes a huge dinner and lunch with this delicious big special cake we all enjoy on their behalf, with them of course. We call that slice of goodness our family cake. because it's the only cake we eat together for any birthdays, which is vanilla cake with white frosting cover with strawberries on top and inside and slide almonds on the outside. Yummy! Ugh, I'm getting a craving for that cake just staring at that pic, and here's the thing. I don't even like pastries or cake unless it's that one cake or a red velvet cupcake, but I'm really snooty and only love Sprinkles Cupcakes. (But that's a whole other post to talk about)

Now, the only reason I could come up with as to why I'm only now just figuring out why May is one of my fav months is one word = FINALS! 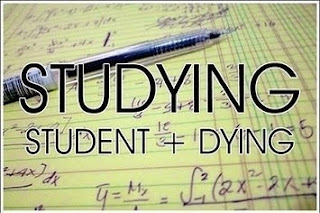 I had been in college the last 4 years and finals were always in the last week of May making all the joys of May bothersome and exhausting. I couldn't enjoy anyone's party or gathering while I fretted about the tests I had to study for or the paper I had to write. College sucked the fun out of May but since graduation I can now sit back, breath, and get ready for the next family get together, while I watch my sister stress since she's now in college, the poor dear. Oh well life is life and I'm excited for the next few weeks to hang out with friends and family to celebrate them and how much they mean to me. So if you're born in May chances are you're probably great!
May your May be
Marvelous,
Magnificent,
Mystifying,
And
Yours!
Posted by hey, it was free at 12:30 AM