Hey, It's A Book Tour for "Careful What You Wish For" by Michelle Escamilla 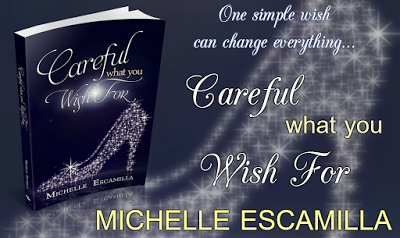 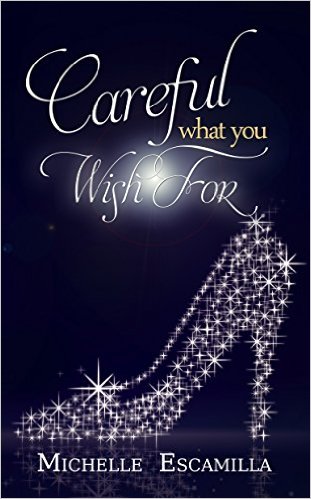 *synopsis*
One simple wish can change everything…

Harley Simpson has one wish—to find Prince Charming and settle down. She has a dream job and wonderful friends, but something is missing. With her thirtieth birthday looming, Harley is sure being with her hot, smooth-talking boss Ethan Prince would make her life complete. Having just landed a major client and learning she’ll be working even more closely with Ethan, Harley sets out to celebrate with her friends.

On her way to the bar, Harley chats with a mysterious cab driver. When the woman asks what she would wish for, Harley answers honestly—she wants Ethan. But during her night out, she meets a handsome, blue-eyed part-time bartender and full-time teacher named Matt Garner. No, he’s not a CEO, but he’s the sweetest guy Harley’s ever met.

Harley awakens the next morning in a strange house with Ethan—and their two young daughters. The wish she’d confided to the freaky fairy godmother has actually come true. As she tries to figure out what this means and if it’s really what she wanted after all, Harley discovers Matt is also part of this bizarre world…He’s her daughters’ teacher.

Harley suspects fate has gone completely haywire. Will she be able to find a way out of this suburban nightmare? Or is she destined to stay and live the life she thought she wanted in this messed up fairytale…

Careful What You Wish For.

My Thoughts: Perfect Life, Maybe or Maybe Not?
Based on the old saying of being careful of what you wish for, this romance is a simple read that is both funny and enlightening. The main character finds out what her life could be and does so in a slightly humorous way. In the end readers understand wishing for a fairytale life doesn't always your idea of a perfect life.

Working in marketing firm and progressing up the promotion latter, Harley Simpson, finds herself set with everything except that elusive prince. The man she can't help feeling adolescent around is none other than her boss Ethan Prince, who is too good to be true, if only he'd notice her. After a night out with her girlfriends, Harley awakens to find herself a stay home mom to not one but two girls and is married to . . Ethan! Harley wants to thrilled but can't help but freak at her wish coming true without any ideas how. That is until her fairy godmother comes in and lays it all out for her. Turns out the world Harley is in is all wrong and it's up to Harley to figure out what is right and what isn't including who her prince really is? Oh and if Harley can't understand her true desires she may be stuck in this new reality for good.
Overall, nice quick entertaining read but wished for more depth in a few areas. Harley is quickly introduced and then thrown into her new world, which she lives in for 90% of the story. I never connected to Ethan at all making it easy to not feel anything towards him, which included hate. Though the same could be said about any of the other side characters, flushing them out could have helped bring more out Harley's character too. I mean most of the time Harley substituted emotions for wine, so there were quite a few hangovers as you can imagine. So if you are looking for a cute contemporary dream to reality "romance" where the girl comes to the conclusion your true dream may be different than your fairytale, than this book would be good to read. 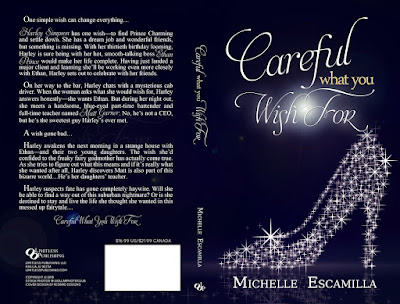 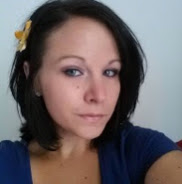 Michelle Escamilla is a married mom of two. She began writing just to pass the time, waiting for one of her favorite authors to release her upcoming book, but soon found a new passion. When she is not writing, she is spending time with her kids, husband or family. She lives in Colorado, where she loves the Mountains during the summer months for hiking and would love to be on a beach during the winter months.
Posted by hey, it was free at 2:00 AM