. 9
Price I Paid: Zip,**I received a free copy in return for an honest review**
My Rating: 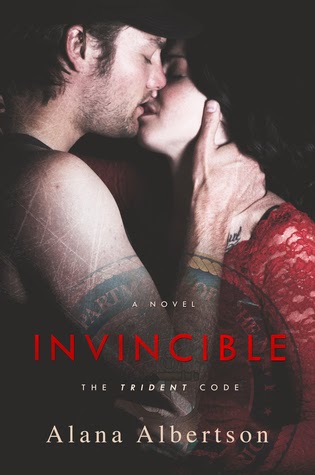 My Thoughts: No Longer Invisible But Invincible

Sheesh! This book was an interesting story. I had hoped the story wouldn't be a cliché Navy-Seal-rescues-sex-slave, and then blah, blah, blah they live HEA. I am so happy to report this book is totally NOT a cliché; in fact, it's a well-written plot with a great underlying message. I'm truly happy to have spent my time reading such a unique romance book. Basically, this story is about a man choosing to do the right thing when he could let his wrong choice remain a secret. Instead, he rises above his faults to become a savior for a woman barely holding on in a world no woman should ever be in.
Patrick Walsh, U.S. Navy Seal, decided to pay for a prostitute while on leave in the Port of Aruban. Pat convinces himself this is the best way to ensure he doesn't entangle himself in any relationship, since he knows his job is his life right now and women want a man at home with them, not off on dangerous assignments. After he is done with the prostitute, he just wants to leave and forget what he just did. However, the woman, Star, tells him, "My name is Annie Hamilton. I'm an American citizen. I was kidnapped on spring break five years ago. You're my last hope. Please help me." Bam! Shocker! The story that ensued after that brave desperate plea from Annie is one of action, suspense, mystery, and love.
Overall, this story is unique bringing the issue of sex trafficking to light under the guise of a NA romance novel. Were there some parts that were a bit uncomfortable? Yes, as it should be, seeing as Annie was taken, abused, and used. There is nothing sexy or romantic about being taken against your will. Having Patrick, or Pat, being a flawed hero made the story realistic in a way that if the author had made him the "perfect Seal who swoops in and saves the day" type hero might have spoiled the book and the character's relationship. Like I said, this book is hard to really judge since the subject matter is sensitive, but it's impressive that Alana Albertson decided to tackle such a subject. Oh, and the only little flaw I've found with the book formatting was the repetitive quotes of what it is to be a Seal that was inserted in the middle of pages, which cut the flow of the story for me, I wish they were used only in the beginning of Pat's perspectives instead.  So, in the end, if you are a reader looking to read a book involving a hero who has a few flaws, but a heart of a hero, and a woman who is strong because of all she's been through, this book will be a good read to try out.
Posted by hey, it was free at 6:00 AM