.8
Price I Paid: Zip, Due to Amazon First Prime Subscription.
My Rating: 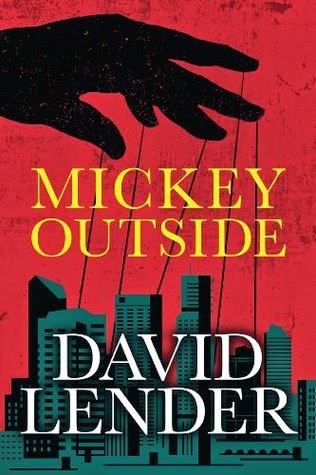 I rated this book 3 stars simply because it wasn't a terrible book it was just an okay book that took me a while to get into, but towards the end once the plan was enacted and the setup/character background was told the storyline became worth while to finish.
Mickey is painted as this white collar criminal that just got sucked into the life of easy money when he fell into wall street schemes. He turned on his partner in order to get a plea deal and was sent to Yankton a minimum-security prison. It's there he learns his ex-wife, Rachel, is going to marry a slime-ball gallery owner named Goldstein, whom he realizes was possibly a reason he was sent to prison. Mickey finds Paul a fellow inmate who will need a new beginning once out and concocts an art forgery scheme that should set them up financially if all goes accordingly to plan. Especially since Mickey aims to win back his ex-wife while ruining Goldstein's reputation and financials.
The writing style of this author is choppy at times and like I stated before the flow is a bit slow but once the plot is set up the story plays out well. The very end made it seem like there could be a sequel I'm not sure, perhaps that's just the authors writing style as I said Lender writes a bit choppy in going from scene to scene almost like a movie or a screenplay.
Overall I enjoyed the book it was a light easy read that seemed very Ocean's, whatever number, mixed in with the fascination people seem to have with Wall Street and New York elite, who apparently have nothing better to do with their money then spend it on stolen artwork that they can't even show people in public but can only whisper about. The fact that the main characters had in fact been white collar criminals and then come together to rip off a traveling european fraud makes the book interesting, since your essentially cheering for criminals to win over the other criminal. But in the end like I said it was an easy read with a bit of thrill mixed in that kept the reader on edge, while you hope Mickey's plan works and they all have their HEA.
Posted by hey, it was free at 9:23 PM