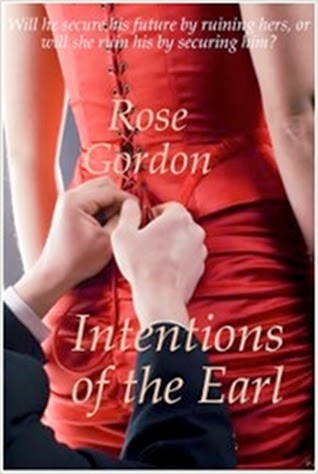 My Thoughts: Scandalous Sure But Also Dreary

This book was sooo long winded and full of dialogue. Normally I've had to write reviews concerning an author's writing being to descriptive about scenery or a sex scene. Instead this book was just to much dialogue after dialogue that made this book seem really long. There was so much said that could have been condensed. Into a smaller plot, especially since the story itself was rather cliche.
The Banks girls: Brooke, Madison, and Liberty, are all know for different things and are currently all out in English society fresh from America. Their parents, mother America and father English, only want the best matches in marriage for them but also want them to be married for love as they were. This story is essential about Brooke and her time in courting an Earl Andrew Townson. Brooke lets me go a little far with her and doesn't heed the social norms on how to behave with men, so she is labeled a tease. Well one Duke she teases does not take it well and plots to ruin her by sending the Earl Andrew Townson to her as a possible suitor only in the hopes to woo her, compromise her then disgrace her by not marrying her. Andrew, not one to do such wicked things only agrees to the Dukes proposal so he can gain back some of his estates. However Andrew did not realize he could lose his heart in the scheme of things as he finds himself falling for the victims of this horrible plot.
Overall the book was not my cup of tea. I've read this genre many times and this one just didn't do it for me. Perhaps it was the underlying idea of Andrew always trying to ruin Brooke that made this book feel off since I couldn't really root for him as a good guy. And as for Brooke well she wasn't much a victim to me since she was overly flirtatious and a tease putting herself in those positions sooo it made it hard to be on her side too. The bright side in the book was the witty banter that occurred between Brooke or Andrew, though it felt more contemporary than regency. My only other fault with this book is the length. I think the length could have been cut had the author not written a lot of the forthcoming info and extra character devil omen concerning the Brooke's sisters for the next books in the series. It's was distracting and seemed like idle talking from the main story. So like I said not my favorite historical romance and will not be reading this series further.