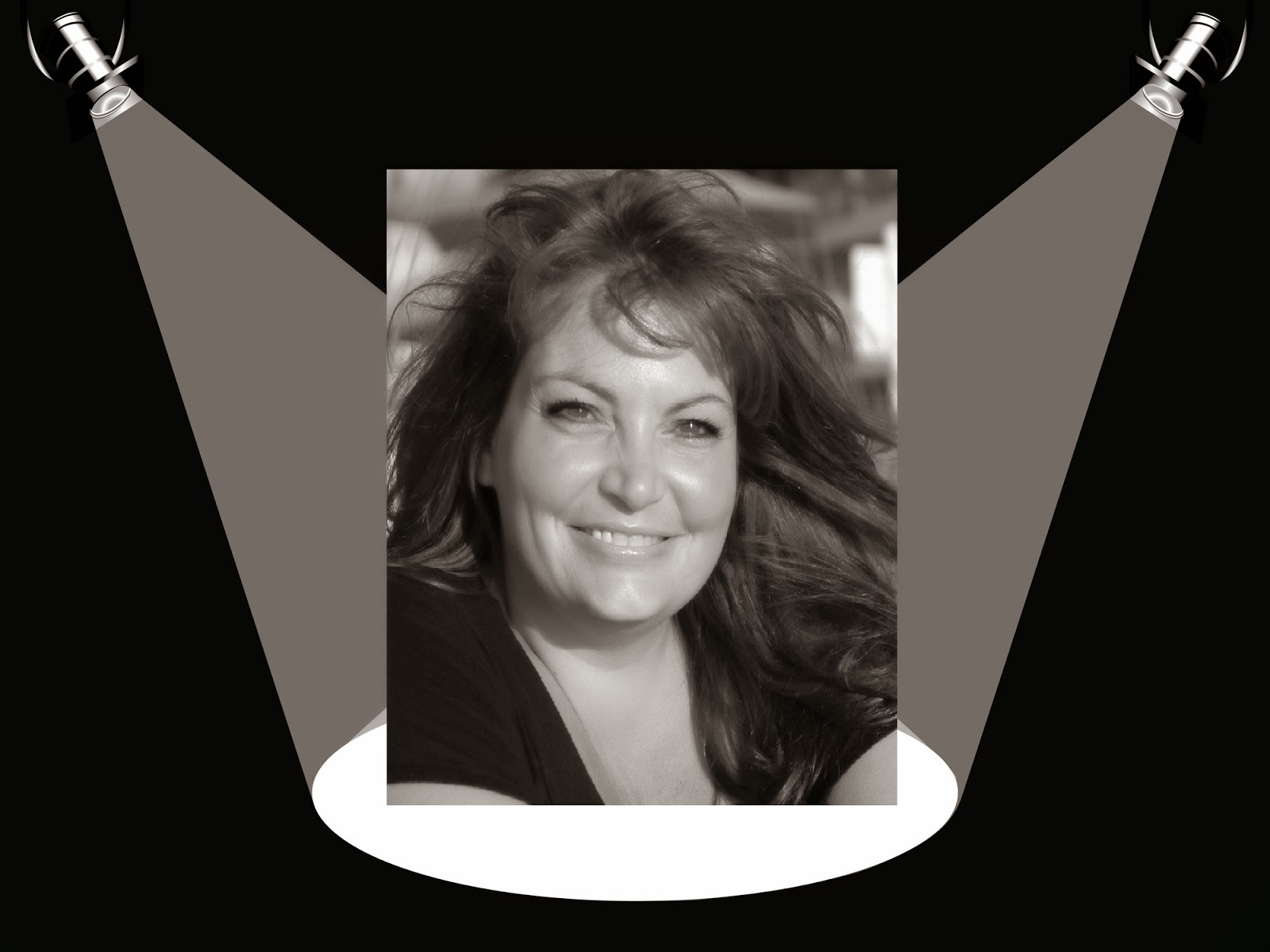 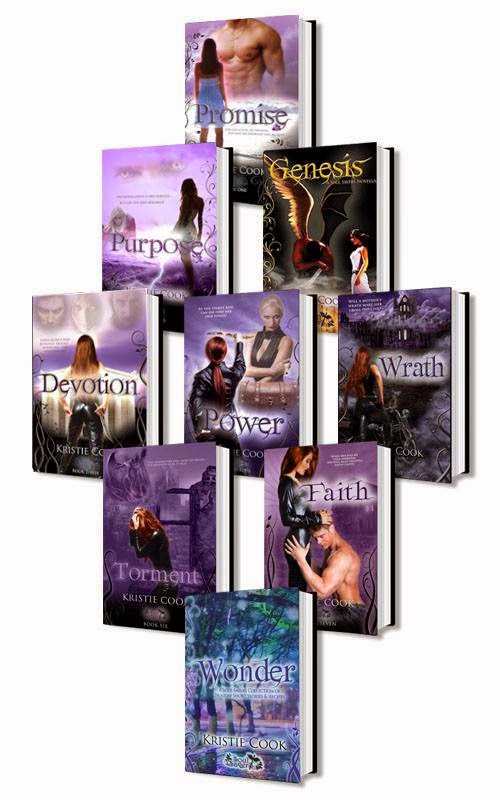 Author Bio:
Kristie Cook emerged into the indie book scene with the publication of her first novel Promise, book one in her soon-to-be well loved and followed series Soul Savers. New Adult, a genre freshly emerging in literature, fit perfectly for Promise and the characters within. The book was even awarded a 1st place 2010 Royal Palm Literary Award for the Fantasy Category after a year of publication. Kristie has since produced six more installments, as well as, a novella/prequel to the series and mini-episodes set in the Soul Savers World. Filled with more ideas, Kristie set about producing another set of characters her readers could also fall for in the paranormal romance genre, a trilogy called The Book of Phoenix. Her fans eagerly await more from Kristie and her career is showing nothing but Promise.

In her official bio, Kristie has stated that she enjoys reading, cooking, traveling, and riding on the back of a motorcycle. All of which can clearly be seen when reading her books, as Kristie is proven to use her past travels and experiences, as a self-dubbed Air Force brat, to help mold her into a great story teller, who uses imagery from her travels to grab the readers attentions with fine details and pulls them into moments with her characters that only a seasoned traveler can. Kristie has stated that she has lived in ten states, but currently calls Florida home, where she lives with her husband, three sons and two dogs, a beagle & a puggle.

Kristie is not one to shy away from book tours in both the U.S. and U.K. but has stated she loves to talk to her fans and followers. She was kind enough to answer a few interview questions below pertaining to herself, her books, and her writing process.  Enjoy her responses! (I know I did, immensely)

What book in all of Literature is your favorite? Was there one that inspired you the most as a writer?
I can’t pick a favorite! And several books, as well as movies, TV shows, and songs, influence and inspire me as a writer, all in different ways, so I can’t really say which one has been the “most."

Do you ever just have moments of inspiration for your books and go into full creative writing mode? If so, which of your book(s), have been the product of one such moments?
I have those moments with all of my books, and then there are times when every word is like pulling a tooth. Such moments of inspiration can only get you so far and only last so long. At some point, the hard work of writing sets in, and that’s when your passion and determination are really tested.

What is your process for writing a book? Do you begin with an outline or just start writing what's in your mind for the story?
I used to just start writing, but with a series, you have to have some semblance of an outline. Now I’d rather have an outline so I at least have some direction of where to go. The characters always take over anyway as they start revealing more and more about the story, but the outline gives me a baseline so when I ask, “What happens next?” I have an idea.

For the Soul Savers Series, had you always meant to have it be almost allegorical by having the names, dates, and numbers mean something more in and for the story’s overall Plot? Or was it something you gradually decided as you wrote?
It’s not meant to be allegorical, but it was important to me that everything has special meaning. There must be a purpose for every word and every scene in a book. I think ensuring there’s a purpose for details like names and dates adds so many more layers. They’re Easter Eggs — little surprises hidden in the text for the excitement of the reader who discovers them. I loved how J.K. Rowling did this in Harry Potter, and I wanted to do the same.

Out of all the books you've written, which is your favorite?
Yeah…there’s no way I can choose that. They all mean so much to me. In the Soul Savers Series, I experienced a sort of parallel story while writing as Alexis did in each book. So they all have meaning to me, and I grew with each one. The Book of Phoenix books puts characters through some things that are important to me, so I love them as much.

Out of all the characters you’ve created:
Who do you find is the most complex?
I don’t really know who my most complex character is. I try to make them all real and multi-dimensional. I suppose maybe Tristan, who has so many facets, having spent the majority of his time with the Daemoni, but learning his new life with the Amadis. He makes everything look easy on the surface, but there’s so much going on with him under the surface.
Who is the sweetest/nicest?
Sheree.
Who is your favorite female?
Alexis or Bex, but I also love Vanessa. She cracks me up.
Who is your favorite male character?
Tristan, most definitely. Then a tie between Jeric and Brock.

And lastly out of all who would you pick is your favorite couple thus far? (if the couple one is too hard I'd get it, cause all your couples are great)
Gah! I don’t know! Probably Tristan and Alexis just because I’ve spent so much more time with them than any of the others. But Leni and Jeric are fun, and Brock and Asia—I just adore them. I think there’s more to tell of their story, as well as Bex and her other half.

Now out of your two series which is your favorite series? Or are both to near and dear to your heart?
They’re both very special to me. Soul Savers is more than twice as long and much more intense and in-depth, so it has a huge piece of my author heart. However, I often think Book of Phoenix is the better of the two series, and in some ways, it is much more complex. It’s also so different than most paranormal romance and New Adult books. No, I can’t choose.

Random Fun Questions:
What was your favorite subject in school?
English
What would you say is your favorite color? (**Note I really should have seen that one coming a mile away**)
Purple
Which do you prefer Gum or mints?
Hmm…depends on what I’m doing. Usually mints.
What is your favorite movie?
I can’t choose.

Now the Question ALL readers will want to know after Faith is done. . . .

Are you currently working on anything new? Or will you take some time to breathe and rest before jumping back into your writing room?
Both. :) I’m not physically working on anything new, but it’s stewing in my brain. But I do need a break to refill my creativity well. With two major books releasing back-to-back, I’ve drained my well bone dry. So I’ll be watching lots of movies and TVs and making a dent in my TBR list for a couple of weeks. I don’t think I’ll be able to stay away from the writing for much more than that, though.

Well peeps that's it for the interview. Kristie's latest and final book Faith (Soul Savers, Book 7) is set to release this Monday Feb 16, 2014. So if you haven't gotten into the series yet, there's still a few days left to binge read before the last book is released. So get reading, the books are worth the time and money!