"Romance Thursday": Love Waltzes In (Dancing under the Stars, #1) by Alana Albertson

. 2
Price I Paid: Zip,**I received a free copy in return for an honest review**
My Rating: 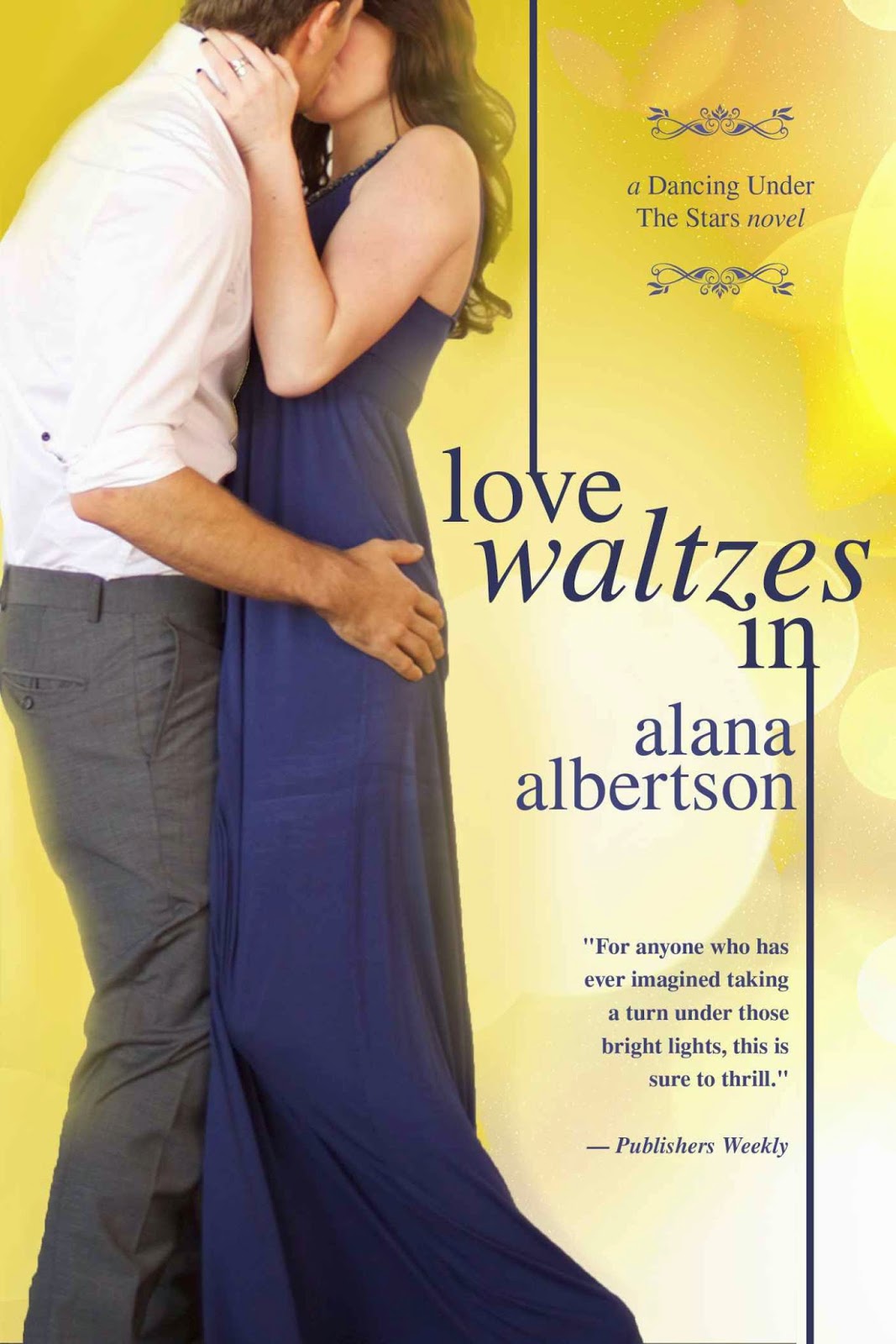 My Thoughts: Dance with Romance

Simply put this book is about two people trying to reconnect after time, misunderstandings, rash decisions, career choices, money and people getting in the way of their possible HEA. So if you love romance with dancing involved this will be a book you may want to check out.
Bret Lord was a competitive ballroom dancer and partner to his childhood sweetheart Selena Marcil. Bret never saw dancing as his life but sought to provide for Selena and hoped to make a life for them by enlisting in the Marines to become more of a man. However, while Bret worked through boot camp Selena decided to strive for fame and more in the dancing world, which was all she had been pushed for by others in her life and what she wanted and dreamed of, or so she believed. Meanless to say, communication between them was finished until 10 yrs later when Selena is at the top of her career and is still trying to chase just one more title , while Bret is a Staff Sergeant in the Marines. They are brought together when Bret is given a chance to dance on the tv show Dancing Under the Stars, where Selena is professional regular. Bret signs up for the show to raise money for a fallen Marine's family, but it's Selena and his relationship that will raise the stakes, past and his hopes in the future amidst the tv season.
Overall the book was good and I loved the beginning and potential relationship Bret and Selena had with each other. However their relationship to me was just a bit jumpy towards the end.  One minute it's they are never getting together then it's them saying I love you's after they get together, but then things go wrong, some time passes and then lightbulb somehow it's all good again. Seriously I was just a tad confused about their relationship. I mean, I loved the drama and the messes involving the cast on the show, I even liked the dual perspective, but I was literally left asking "Wait? What! When did they get back together?!" I just wanted their relationship to flow a bit more smoothly, though did like the finale. But like I've said the book was a good read, it was a nice book to read especially if you are a fan of ballroom or Dancing with the Stars this book will be a good fit for you. Oh and big plus to this author who totally knows SoCal. Love the mention of In-N-Out, gotta plug for that great burger place.