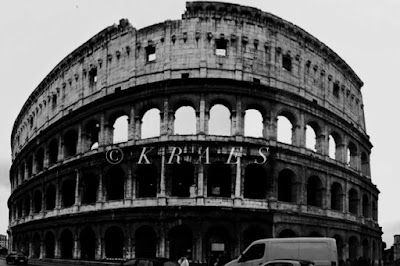 From my last book I read I've had nothing but my trip to Rome on my mind. So what would any normal person do, but go through their photos of Rome of course?! I absolutely loved Rome from before I can remember I've been fascinated with it and all its ancient splendor. So the moment I found out I was going to study abroad in London, I knew I needed to get to Rome some way some how. Especially since I decided to enroll in a course on the Late Roman Empire: Society, Politics and Religion. Truly there was just something so magical and fulfilling for me as a ancient history student to walk out of the metro stop and look upon the Colosseum with my own two eyes. 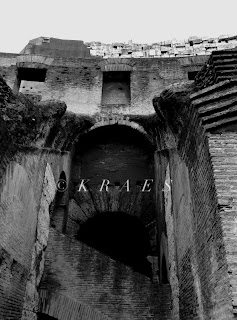 I'm not joking when I say I must have stood there in a stupor for like 10 minutes just gawking at it. My friend who I dragged with me to Rome was a dance and chem major. So while I stood there trying to adjust to the fact I was standing in front of THE Colosseum, she happily grabbed some gelato and a slice of pizza. Seriously though, for me the experience of walking into the Colosseum was probably a lot different than most. I couldn't help imagine myself being back in height of the Roman empire, envisioning myself among the crowd vying for a seat during a show. Oh how grand it all would have been to see it filled with people shouting and laughing, yelling and booing. I touched the walls and stared in wonder, sitting on a stone at one point wondering who in the past may have tread that very spot or sat where I had sat. I asked my friend if she saw what I saw, but sadly all she said she saw was ruins. I will admit for most it would look like only ruins, but it's the story behind those ruins that make it worth its beauty. 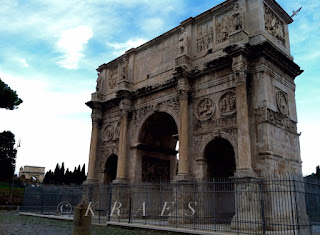 Now shown above is the Arch of Constantine, this was a picture I was dying to take. While I was in England studying in class, my Professor showed us this very same arch. She of course used a google pic, showing us this piece of architecture for the lesson that day. I knew then that when I got to Rome I HAD to take a picture of my very own. So finding the very same arch by the Colosseum was amazing, a full academic circle moment for myself. Here I had been studying Roman history less than a week prior to my arrival in Rome, and then BAM! I'm able to stand in front of said structure I had just seen on a screen in class taking my own pictures of it. Going from the classroom to the actual place I was studying is a nerdtastic experience. So if you ever get a chance to roam around Rome do it! And don't forget to stop by the Colosseum and Constantine's Arch.
Posted by hey, it was free at 6:30 AM