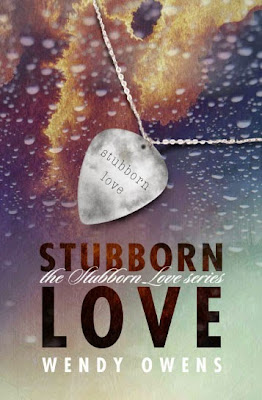 My Thoughts: Stubborn Headed Female Lead, But A Great N.A. Story In The End

With the opening prologue I wasn't sure where this story would lead, but by the end the author took her main character on a long journey to find herself and truly heal. This story has a very unique plot and characters that are endearing making a reader ache for a HEA even when you can foresee things going awry. If only a certain character would do a simple action by letting go of the past and not letting another actions define them, ugh aggravating yet still a great read.
Never imagining she would be noticed by a boy as popular or rich as Ashton Stirling, Clementine "Emmie" Hayes falls into a relationship with him and quickly loses herself. Deciding to finally leave the physical and emotional abuse to pursue a life on her own; Emmie lets Ashton know that it's really over despite his overly dramatic plea to stay she walks away. That moment of freedom is short lived when Emmie hears a gun shot. It takes three years for her to move on and move out, towards the life she had intended by pursing her art degree in New York. It's there Emmie meets Paige a model who becomes her new best friend and roommate. It's through Paige that she meets the Bennett brothers. Paige is dating the younger brother Christian, but it's Colin the older brother that is causing Emmie to feel butterflies. Emmie had no plans for any man in her life just school, but Colin is just too hot and charming. Despite knowing he has a past with many woman, Emmie is only hesitant to entertain a relationship with him, because she still feels guilty about Ashton and is afraid those who love her always get hurt. Ashton however is not so easily put off. Emmie is then left with a hard choice of letting go of her past or having to let go of a future with Colin.
Overall, great story, at first I was a bit put off by how long Emmie held on to the guilt she had over Ashton's death, but the author wrote out the conclusion to make it all worth while in the end. Emmie is lost and full of guilt, so trying to move on without having those issue taken care of seemed absurd for most of the book, until she sought closure that's when Emmie became real. I then loved how the author chose to drag that out till the end of the plot rather then the middle, because it made sense and less fictional. Still my favorite fact about the book is the characters and their interactions, Emmie and Paige are hilarious together. The dialogue in this book is fun and witty. Oh and Colin is such a sweet heart, Sheesh! If only all hotties were that sensitive, rich and hard working. So basically if you want a great read with fun dialogue only one sex scene and some language, that's main message is about letting go of your past and not letting others actions define you or make you into something you don't want to be, than this book is a great free read. I'm totally grabbing the next book in the series to see how Paige and Christian workout.
Posted by hey, it was free at 5:00 AM