Hey, It's A Book Tour for "Playing Dirty" by Tiffany Snow 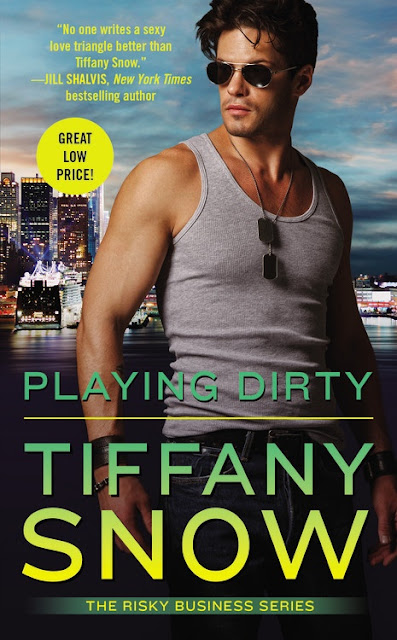 Both Ryker and Parker are determined to protect Sage from a brutal enemy who'd use her to pay for their mistakes. Yet when the usually on-point Ryker is distracted by ghosts from his past, Parker seizes his opportunity to get Sage's attention--and keep it in ways beyond her wildest dreams.

Now, caught between a mobster out for revenge and two men who were once best friends, Sage must play to win--even if it means getting dirty. . . .

My Thoughts: Not Playing Fair In All Things Love

Oh love triangles are always sooo complicated and yet sooo attractive! And the continuing love triangle in Risky Business is just too good not to read about. Playing Dirty is a great continuation from Power Play and I can't wait for Play To Win, because I have to know who she picks. Oh and if you're a Kathleen Turner Series fan you'll love a few surprise "guests".

Having finally decided to pursue her relationship with Ryker, Sage is set on leaving her feelings for Parker purely as professional. However, when problems are on matters of the heart, Sage seems to have faltering emotions, especially when Parker keeps sending her mixed signals concerning his feeling and their relationship. Which doesn't help matters for Sage when Ryker and Parker still can't get along or stand to be in the same room together. On top of all the relationship drama, there seems to be threats to both men and Sage once more that maybe related to their pasts. With their lives on the line again this could be the making or breaking point for all involved.
Overall, loved it and hated it in that it's a car wreck I can't help but keep watching kind of way. The series is focused on a love triangle and I know it's going to end badly for one of the guys, but Ugh! Sage is just one super lucky woman. I'm pulling for the under dog in the triangle and hope Sage wizens up to who is really "IT" for her (hint: I chose the guy with KER at the end of his name ;)jk sorta). Though who knows maybe it'll be neither in the end? Either way I'm dying for the next book, Sage is really confused about her feelings and I'd love to tell her who to pick, so the sooner book 3 is out the better for my poor nerves. So if you are into heated romances with drama and suspense with thrills and did I mention hot chemistry with two gorgeous men, then this series is great and book to just continues to show it.

One giveaway hosted by Forever Romance:
Click Here
and another
hosted by Tiffany Snow:


Excerpt:
Another boat was docked next to ours and I glanced over to the deck. A man stood opposite us, maybe thirty or forty feet away. He had on an unbuttoned white shirt that blew in the wind and his dark hair ruffled with the breeze. He was striking, a charisma about him drawing my eye as Ryker pressed kisses to my bare shoulder. Then he turned, and though he wore sunglasses, I knew he was looking at me, and I realized why he looked so familiar.

His chest was deliciously bare and showing the six-pack of muscles usually hidden underneath his suits. The loose-fitting linen pants he wore hit low on his lean hips. He was holding a glass of white wine, and once he saw me, he froze. I wondered if he knew who I was. Probably not, not at this distance with my hair tousled by the wind and wearing sunglasses. No doubt the bikini had caught his eye—he was a man, after all.
But then he dipped his head, just a little, just enough that it couldn’t be mistaken for anything other than an acknowledgment. He took a drink of the wine, still looking my way.

“What the hell is he doing here?” Ryker’s growl forced my gaze away from Parker.

“Out on his boat,” I said. “Just like us.” I’d forgotten about the bill, deducted from Parker’s account every month, for docking his boat here. I’d never seen his boat before, though I’d known he had one.

“I don’t like how he’s looking at you.” Ryker’s arms pulled me further back into him.

“He’s looking at us,” I said mildly. “And may I remind you that I’m his assistant. He looks at me every day.”

“Not wearing that bikini, he doesn't”

I was distracted from the argument by someone else on Parker’s boat. A woman. She’d just come up the steps from the cabin below.

She was tall and lean—Victoria’s Secret model type lean—with long, dark hair and sporting oversize designer sunglasses. Wearing a black bikini that made mine look like a modest vintage piece, she strutted up to Parker, blocking my view of him. She slid her hands around his waist and tipped her head up. The three-inch heels she wore put her only slightly shorter than him. I saw his lips tilt in a half-smile, then he kissed her.


Good for him. Really. 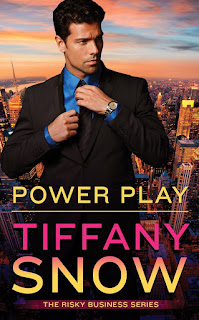 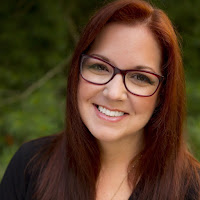 A native of St. Louis, Missouri, Tiffany Snow earned degrees in Education and History from the University of Missouri-Columbia, before launching a career in Information Technology. After over a decade in IT, she switched careers to what she always dreamed of doing - writing. Tiffany is the author of romantic suspense novels such as the Kathleen Turner Series, which includes No Turning Back, Turn to Me and Turning Point. Since she's drawn to character-driven books herself, that's what she loves to write, and the guy always gets his girl. She feeds her love of books with avid reading, yet she manages to spare time and considerable affection for trivia, eighties hair bands, the St. Louis Cardinals, and Elvis. She and her husband have two daughters and one dog.
Posted by hey, it was free at 1:24 AM