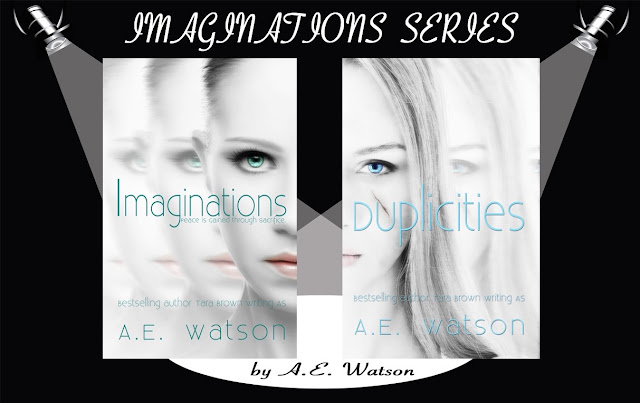 This series was written in just two books, could have been made into more, but the author put readers out of their misery and thankfully put us all at peace in two great books. The emotional rollercoaster I went on in the first book was so engrossing I literally ran to my sister once I finished it and yelled at her to read it just so she could be as emotionally jacked up as myself. Of course the 2nd book took some time to come out but the story wrapped up nicely leaving me perfectly happy. Which is a lot to say since I got scared there for a sec reading the beginning and thinking the book would go off in another direction, but A.E. Watson delivered a great ending.
In a city of the last men, where the inhabitants have no memories and remembrance is brought by repetition. Gwyn can't help feeling this forbidden memories of this boy, A boy she may have met at the teenage Club of the Unknown, where mask are known in case authorities find them. Dismissing these vague memories Gwyn finds herself graduating form behavioral school and being processed into what part of society she will live in for life. Gwyn is chosen as one of two new planners, as a planner she is partnered to people who open her eyes to what her city really is. The last city of man was supposed to be a safe haven, but lies upon lies are revealed and Gwyn finds herself heading outside the walls. There in the world beyond more mysteries and people are discovered, Gwyn finds that she is never safe even amongst new allies. It's with the help of some trusted friends that Gwyn may just find a home in the end and rid the world of some enemies in the process.
Overall, Love these two books. If A.E. Watson had decided to go off on a tangent and written a saga with all that is within these two books, I'd have read ever single book! I love Gwyn in how strong she becomes in the second book. The first book she's lost but who wouldn't be when you have no memories and two hot guys start telling you your world is a huge fat lie. Ugh now just thinking about certain parts from both books are making me tear up right now, the story truly kept me on an emotionally edge.  Though I'm super happy with how it all ends, but getting to that ending was definitely page turning madness, since I just had to know what happened next. So if you are up for dystopian books that involve mysteries, lies, death, adventure, human nature at  it's rotten core and romance with characters you'll be first frustrated with then grow to love, then this will be a great series to buy. 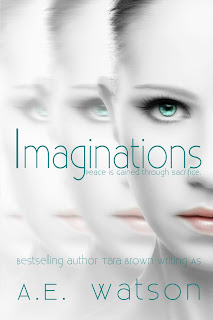 Description:
In the Club of the Unknown, where the music blares and the faces are hidden behind masks, Gwyn meets a boy. Not just any boy, but one she is certain she has met before.

Only that's not possible.

Gwyn lives in the last city of men, where memories are made through repetition and yesterday is forgotten with the reset.

The world has peace, what's left of it anyway. Peace that has been gained through sacrifice.

But as behavioural school ends and Gwyn is sent out into the work force, she discovers that not everyone resets. Not everything is as it seems. The peace they live in is as fake as the masks they wear in the clubs. She starts to see that the walls surrounding the city, to keep the monsters out, might actually be keeping them in. 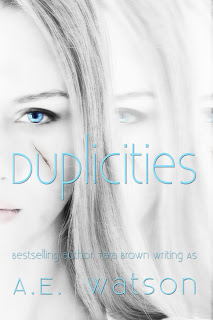 The conclusion to Imaginations, Duplicities! 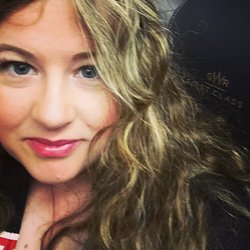 AE Watson is one of five personalities currently residing in the evil mind of international bestselling author, Tara Brown. AE went to Hogwarts, she was Ravenclaw and Luna was her best friend. She crept through the wardrobe into the snowy landscape of Narnia, but might have been a little afraid of the forest. AE helped Nancy Drew solve every crime, and maybe she eyed up Ned Nickerson when Nancy wasn't looking. She stays up late watching Gossip Girl and Pretty Little Liars and wishing they were combined to make a murder mystery TV show. And yet she's addicted to The Walking Dead and reading Stephen King. All of this is done while eating wine gums. AE is the face of everything YA and Middle Grade as far as Tara Brown is concerned. The books here are for the brave of heart, they are not soft or delicate. She doesn't speak in flowy poetic lines. She makes up words like poopsock and hamtard and there is no glitter. She's bold, spicy, and filled with adventure--and of course love. AE is an absolute romantic at heart.
Posted by hey, it was free at 5:00 AM