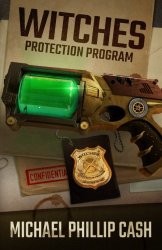 SYNOPSIS:
Wes Rockville, a disgraced law enforcement agent, is given one last chance to prove himself and save his career when he's reassigned to a 232 year old secret government organization. The Witches Protection Program.

Reluctantly paired with veteran witch protector, Alastair Verne, Wes must learn to believe in both witches and himself.

"Wes is a fascinating protagonist...The short, action-laden novel speeds past nuances from developing characters' relationships, but Cash does leave room for a couple of surprises. The story's case is more or less wrapped up by the end, with a lingering impression that this could be the first of many to come...Cleverly offbeat, often cheeky, and loads of fun." - Kirkus Reviews 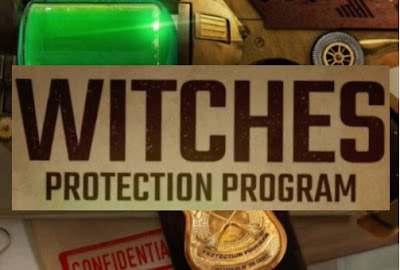 My Thoughts: When Witches Come Out Of The Closet

Looking for a mystical fast paced story featuring a modern world where witches live secretly amongst normals casting spells and influence the humanity. This would be a good book to try. Filled with a quick paced plot and action packed scenes, the reader is shown a world of mystery as witches come out to "play" and some exceptional cops try to help save the day.
Wes Rockville, comes from a family of highly regarded law enforcement agents. So when he fails at a simple assignment, his dad gives him one last chance. Never did Wes imagine his transfer would be to secret 232 year old government organization named The Witches Protection Program. Thinking the program is a joke he is introduced to the good witches by his new partner Alastair Verne, and told their mission is to secretly help and protect them. Wes is quickly thrown into a complex case that leaves them uncovering a plot involving a cosmetic company and the heiress Morgan Pendragon, who is a practicing witch her self and is the linchpin to her aunt's evil scheme.
Overall, I enjoyed the story. At times the plot was too rushed for me and I'd get lost in the moment needing to reread parts. I'm all for fast paced reads but too fast and the story loses its luster. Also the perspectives would change from chapter to chapter but would change even in the middle of the moment at times and would leave me a tad lost as to what character was I following now. However, I found he idea that witches need protectors is new but not unlikely. It's more like the author illustrates they need guardians, because they may have power but power can be over powering. Checks and balances. I'd probably read the sequel if one is released, especially if Morgan and Wes team up. Either way if you're looking for a world where witches live among mere humans practicing magic in two warring factions, one good one bad, with a secret government force trying to protect the good, then this is a book to try out. 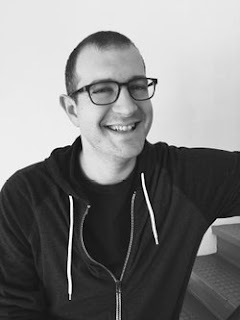 SEPTEMBER 14TH
Introduction on My Book Tour
eBook Review Gal
All the Bright Places
The Bookworm Lodge
Cynthia Boris
The Bookish Ailurophile
Charline's Blog and more...
Everything Books and Authors

SEPTEMBER 18TH
So, I Read This Book Today
Everyday Life
Charline’s Blog and More…
Posted by hey, it was free at 5:00 AM