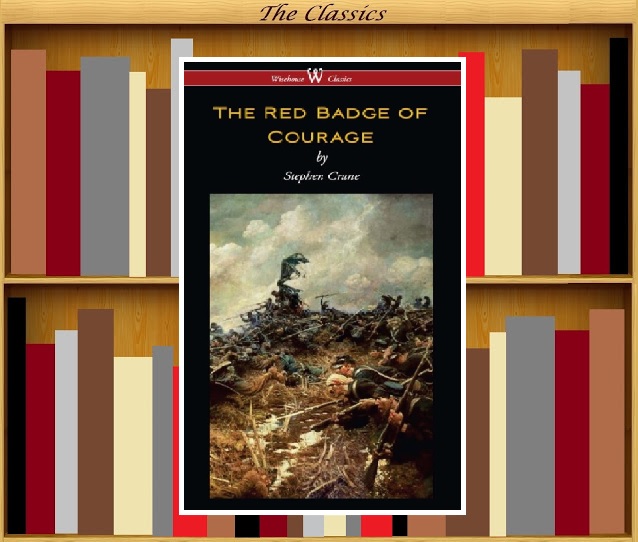 My Thoughts: War Not As Glorious As One Dreams
The first time I read this novel was in high school when I was required to read this novel for homework over the summer. Required reading always put a damper on the books I read, however this book left a lasting impression on me despite being a homework assignment. Stephen Crane uses character perspective, flashbacks and imagery to illustrate the story.
The novel is set during America's Civil War, and is centered around a young man named Henry Fleming, who wants nothing more than to be a man and go to war. For Henry war was something majestic and grand, an adventure to be had. But once he has finally buttoned up the union uniform and marched out to war, Henry quickly found it was not as he had imagined. Much of his first months of being in the regiment is nothing but waiting around while listening to veterans tell their war tales. So upon Henry's first rumors of battle he starts to waver in his gusto for war. In the end Henry runs from his first battle and observes it all finally witnessing what war is truly like. Now spurred on by his cowardice Henry seeks to make right his failure in running to now fight for his red badge of courage among his fellow soldiers.
Overall, I love how realistic Stephen Crane makes the battles feel for his readers. The Civil War is noted as the bloodiest war in all of American history, yet by showing Henry's time in the battles makes it all relatable and informative by helping remind us of how real war is. War isn't just tales of victory but is real, bloody and harsh where men young and old died. Henry sought war like an adventure from old, but he ended up finding it was anything but an adventure; instead he learned who he was at his core and how to be courageous, despite his fears. One of my favorite scenes is when Henry finds himself ready for another battle with the regiment, "He suddenly lost concern for himself, and forgot to look at ta menacing fate. He became not a man but a member." So if you are looking for a classic illustrating the harsh reality of war through the experience of a young Union man in search of honor, then this book is a great read.
Posted by hey, it was free at 11:30 PM