Hey, It's A Book Tour for "Evanescent" by Gabriella Lepore 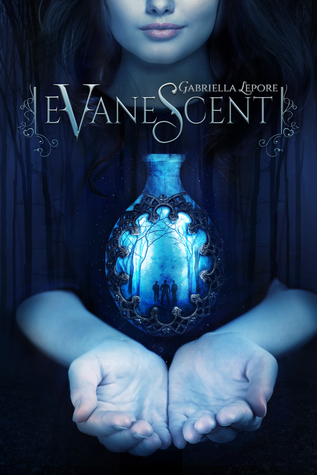 “Then it is settled,” Felix declared. “Come hell or high water, when this is all over, at least one of us here will not make it out alive.” 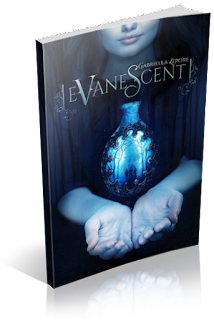 My Thoughts: To Finally Have An End or Love?
This story honestly left me conflicted, the plot itself is unique but the character chemistry felt odd and overly juvenile at times. The novel is young adult fantasy with a female lead who is supposed to be modern day girl and a male lead who reminds me of Peter Pan with friends that really do resemble the lost boys.
Set in England's Cynon Valley a seventeen year old girl named Bronwen Snow is rushed from her cottage by her grandmother Ada to seek sanctuary at The Castle. Bronwen is told to ask for Felix Cavara and to deliver a letter to him. Running to the place everyone tells rumors about is the last thing Bronwen wants to do in the middle of the night but when Ada tells her to flee because something is coming for her she runs. Once at the castle she comes to find Felix is a boy her own age who lives with two friends named Alistair and Loki. The letter Bronwen delivers explains to Felix that Ada will grant him and his friends their cure if Bronwen is kept safe. So a tenuous relationship is formed and soon becomes more as Felix lets Bronwen not only into his home, life and secret, but even his heart. However, the problem of Bronwen's safety remains ever pressing and the cure for the boys may be too much for any of them to seek.
Overall, interesting read which left me feeling okay but wanting more. I sought to fall for the characters relationship but it felt juvenile and too friendly to be believable. Bronwen and Felix had witty banter that read more like best friends or siblings. Felix was a snide 217 year old kid-man who if he was real I'd have avoided for fear of slapping his face because of how annoying he was at times, despite Felix thinking himself charming. Also I found Bronwen to be a mysterious heroine, who's purpose was not revealed until the very end of the book and then the story just ended with no real sense of more for her life, which left the story feeling open. The story itself had the makings for a truly unique epic tale, but since it was hard to tell where and when the story was set at times. I understood Bronwen grew up in a valley but it seemed as if she was a all alone with no friends or school or town, so when she was hunted it was strange no one wondered where she was when she holed up with Felix, Alistair and Loki. As I said I felt entranced and then confused by the story, but I believe for a young adult book this novel is okay. So is you are looking for a book about a girl running from something after her and a boy with his friends pledge to protect her because they are not what them seem, than this book may interest you.
******************************************************
GIVEAWAY
a Rafflecopter giveaway
-------------------------------------_________________________________-----------------------------------
Gabriella Lepore 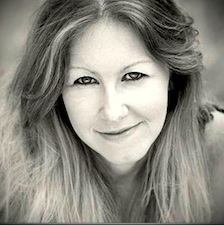 Gabriella Lepore lives on the coast of Wales in the United Kingdom. She began writing at an early age and grew up with a passion for all things supernatural—especially witches! She currently has six Young Adult books in print: Evanescent, The Blackheath Witches, How I Found You, Secrets In Phoenix, and The Witches of the Glass Castle books 1 & 2.
Posted by hey, it was free at 2:00 AM