Hey, It's A Blog Tour for "The Beltane Escape" by Ariella Moon


Lady Fenella, ever surrounded by guards, knows only responsibility and duty. She believes Merlin and the Lady of the Lake are myths, Gran’s warnings about Fairy are superstition, and Fairy was invented to make children behave.

But then Gran brands her, Lord Argonshire kidnaps her, and the Lady of the Lake makes her a pawn. The Highland heiress must betray her newly betrothed and fend for herself when she dives into a wormhole to save her cousin. She lands in a part of Fairy even fairies avoid, and joins forces with Talfryn, a half-Viking/half-Fairy. 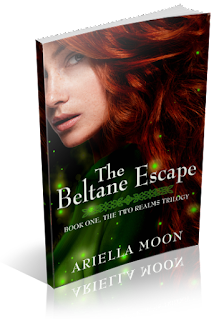 My Thoughts: An Adventure To Be Had In Fairy Land
This book read like "Alice and Wonderland" meets the worlds of both Narnia and Middle Earth. Having the story read in old Scot but still have the wit of a contemporary novel made the book and characters lively. Now there is much to be learnt and understood if a reader is to truly get into the series so I highly suggest settling in for the evening, because you'll not want to stop till you've read the last page.

Born the only child to a marriage made in hopes of uniting the Scottish Rose and Thorburns clans, Fenella is named Thanes of Thorburn after her fathers death. Fenella is kept under watch by both families as the Kings ward and heir, but all she would love is to be free to roam as her cousin Sorely does is in the forest. One night strange things occur, and Fenella is taken by her gran and marked before another clan comes to whisk her away. Fenella awaken to find herself now held by the Blackwood clan who plan to marry her to their heir Edward as soon as she turns 16, of course that also hinges on her not having the taint. Edward and Fenella form a bond of sorts and ultimately she is allowed to see her cousin Sorely, but what was meant to be a visit turns into an adventure. Pulled by strange forces Fenella falls into another world trying to find her cousin. Though trying to find Sorely may be the end of Fenella and her clans if she can not return. Fenella finds herself aided in her venture but fairies, Norsemen, gypsies, and other creatures as she learns why she was brought there and who she really is.
Overall, I really enjoyed it. The book kept me on a journey filled with countless creatures in a world that is in the past but lived in harmony with magic and its lore. I loved how  Fenella went from a child to a warrior having to push forward whenever an obstacle came upon her. The men in Fenella's life are great but it's definitely duty and clans before men. Though I'm leaning towards one guy over the other maybe because I'm a sucker for dark hair and a healer. Anyways, the "evil" faced is still obscured since as I stated Fenella knows only people who can be truly trusted are blood, and when your caught as a pawn in a lovers quarrel well best not to trust either side too much. My only issues had been the speed with some of the scenes felt too fast that I reread parts to make sure I didn't miss things because they felt overly rushed. And there's a lot of hinting about Fenella's "special"-ness but it felt odd since the evidence was never too concrete in this book, but perhaps in the next novel we'll see her do something taintingish, yeah not word but read it and you'll somewhat get it. So if you are looking for a book where a girl stumbles into the past in time where goblins, Giants, and enchantments coexist and she is the only one to set things right but she need to find her cousin before it's too late to find home, then this book would be a good read.
-------------------------------------_________________________________-----------------------------------
Ariella Moon 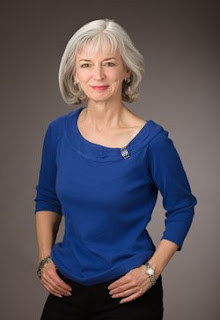 Ariella Moon draws upon her experiences as a shaman to create magical Young Adult fiction. Her Two Realms Trilogy is a medieval fantasy adventure series with romantic elements. The Teen Wytche Saga is a series of sweet contemporary paranormal romances.