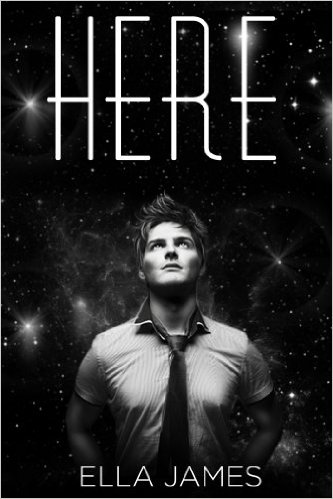 My Thoughts: So Close Yet So Far

This is the second book I've read from this author and I can tell she has amazing ideas, but I felt like there was a bit of a disconnect from her idea to what she actually wrote. The book started off slow and remained that way until about 2/3 in, after a bit more is revealed the plot picks up at a very fast past and then abruptly ends. The novel ends on cliffhanger so this book is definitely meant to be read with the second story in mind, which if you don't fall in love with this book you may not care to look into.
Still adapting to life after the death of her father, Milo Mitchell, knows life as she knew it will no longer be the same. Milo was out going with her 3 best friends but as they each grow into their own lives they begin to drift apart only staying together because of their old friendship. So Milo takes to the woods in the land behind their farm and picks up her father's job of tagging deer, it's there she can find solitude and peace. However, one day while out trying to tag a doe Milo takes aim and fires the dart only to find she hit not the doe but a teen, who appeared out of nowhere dressed in a tux. The guy awakens to find he has no memory and no idea how he got there. Milo gives him the name Nick and tries to help him find out who he is and where he came from; But the more Milo and Nick uncover the more dangerous things become, as Nick is more than just a boy with dreamy eyes and Milo falling for him could be the death of her and the world.
Overall, the story was okay. Most of the time the book felt more like a script than a book, meaning the story was flat until the action scenes then it was exciting. The book didn't pick up until around chapter 24 and the end was engaging with all the quick think and action moves Milo did, but I had to push myself to finish the book. Milo as a female lead was cute, a little naive, but sweet. She had some type of break down after her dad's death, but always hedged around what it was, I could never figure out if it was an eating disorder or something more, but I wish it had been explained. With that said I really disliked how uninvolved Milo's mom was since obviously Milo had gone through something that required some supervision, so her only stopping in so often was disconcerting. Nick was an interesting character, I was happy the author gave his perspective towards the middle of the novel so a reader could understand him a bit more even though he himself is confused about who and what he is. In the end the story picked up but ended on with a cliff hanger with a good number of things left to be unfolded. So if you are looking for a YA book where a girl finds a boy and together they find out who and what he is only to learn the answers may be too dangerous for them and the world, than you may like to read this book and its sequel but I'm probably stopping here.
Posted by hey, it was free at 1:30 AM