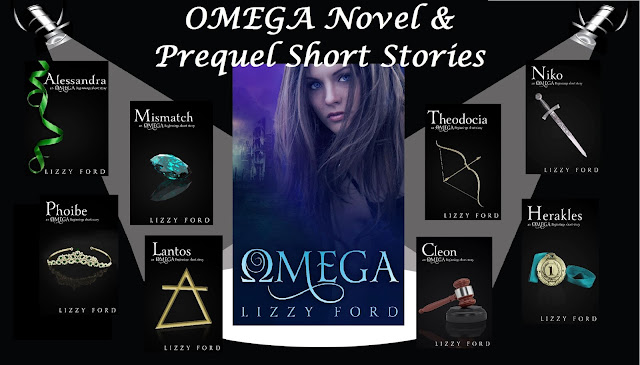 Book 1, in the Omega Series titled 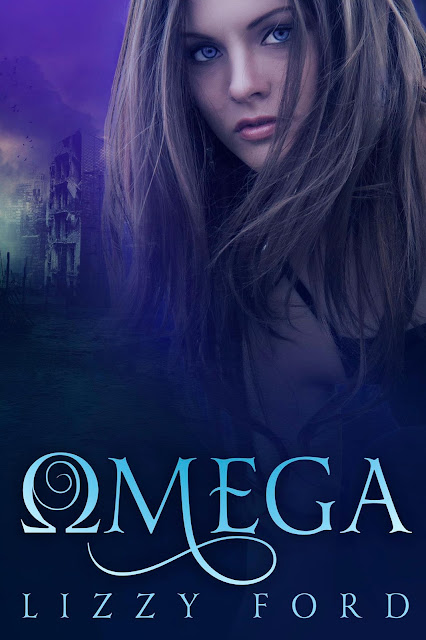 My Thoughts: Omega Is Amazing!

Mixing prophecies, Greek mythology, and human nature Lizzy Ford has created a parallel world where the gods live among men. After reading the miniseries books I felt more prepped for the main book and understand the characters backgrounds and perhaps true intentions a little bit more than I would have without the short stories. The characters all have two or more sides to them with their own intentions and at the center of everyone's schemes is one girl who only wants a life and peace.

Always living a life secluded in the forest with rogue priests and orphaned nymphs, Alessandra only has her mentor the retired olympian Herakles as a true friend. Never being allowed outside the boundaries of the forest Alessandra begins wanting to explore the world beyond. It's not until she touches outside the boundary that the isolated world she's known is destroyed forever. Alessandra is quickly separated from the priests, nymphs and Herakles by soldiers and a beast. Secretly taken into the city of D.C. by a mercenary, Alessandra is quickly introduced into the dark war torn world she was hidden from for 12 years. While attempting to find her mentor in a highly guarded prison, Alessandra comes in contact with it's head guard the beast who is a man by day named Adonis. Their meeting causes many revelations and begins to help Alessandra learn much more about her past and most importantly why she is so important. Discovering who she is sets Alessandra on a path leading her to meet with powerful people such as the worlds leaders the Triumvirate, the silent Queen Phoibe, Supreme Priest Lantos, and Magistrate Cleon who all have secrets upon secrets concerning Alessandra and each other. One thing is certain Alessandra can't trust anyone in a world where power is gained through deceit and lies.
Overall, loved this book and if Lizzy Ford keeps it going, this series is going to be awesome! From the short stories to the first novel I'm in love with some characters and hate others, which is great because I'm emotionally invested. Alessandra may not be aware of everything but she knows she wants the world at peace. My heart broke for her at the end and every time she interacted with Adonis. I can't wait for the next two books to see what the heck happens! I'm dying to know especially with how it all ended. So if you are looking for a Y.A. book with a strong female lead that seeks truth and knowledge amongst lies and deceit in a world where people and gods only seek power at whatever the cost, than checkout this series.
******************************************************************************
Don't Forget 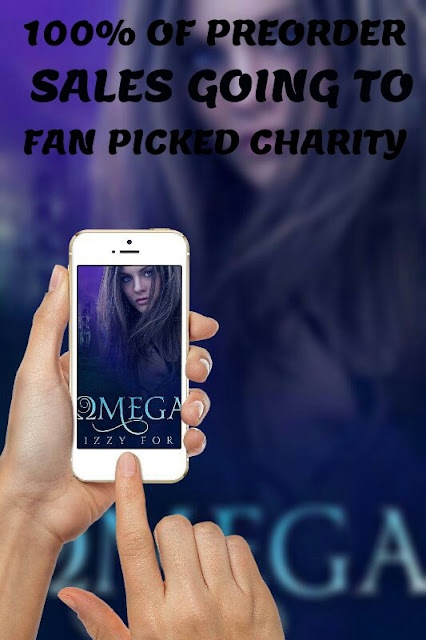 So all you have to do to have your proceeds go towards a charity is  . . .
*NOMINATE * PREORDER * VOTE!!
1. Nominate a charity: Click Here 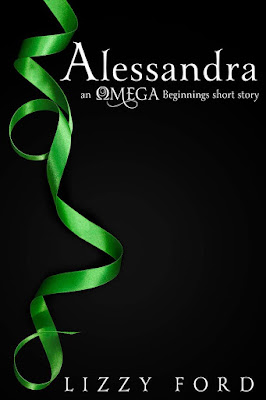 Description:
Five-year-old Alessandra is obsessed with Disney movies, tea parties and just wants a real birthday party for once in her life. But normal kids don’t bring their toys to life for afternoon tea or see the colorful threads of magic and energy clinging to everything around them.

Normal kids don’t know that gargoyles feel pain, either, or invite one to live in their closet. 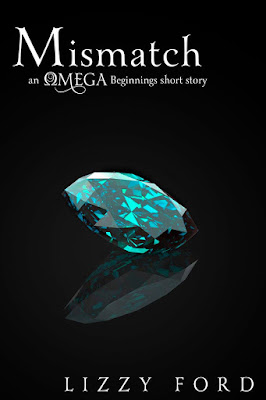 Description:
Mismatch hasn’t always been a statue standing guard over the Temple of Artemis. Once upon a time, thousands of years ago, he was a man who led a privileged life. Like the Greek monarchs before him, he fell victim to the family curse: he was turned to stone and forced to keep watch over the temple of a Greek god or goddess.

Out of the blue, five-year-old Alessandra breaks the spell. Mismatch seeks out the shy, young crown princess next in line to the family curse and warns her about her fate in the hopes of saving her from the living death. 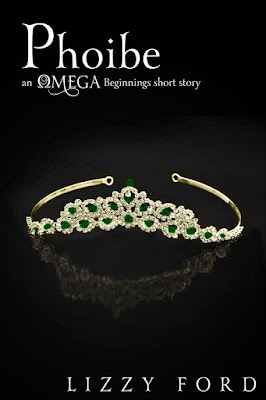 Description:
With a speech impediment and learning disability, the frail six-year-old Crown Princess of Greece is constantly being told she’ll never live up to the woman her mother was. She’s the only descendent of the sacred Bloodline, the royal family touched by the Greek Gods ten thousand years before, and protected by international law.

But Phoibe doesn’t care about any of that. She wants to be loved by someone, and that someone is a mysterious shadow named Lantos who talks to her when no one else will.

Before leaving, the gargoyle Mismatch made her promise never to speak aloud again, or she’ll seal her fate, and the family curse will claim her. She obeys him – and faces the wrath of cruel caretakers sworn to ensure the curse comes to pass. 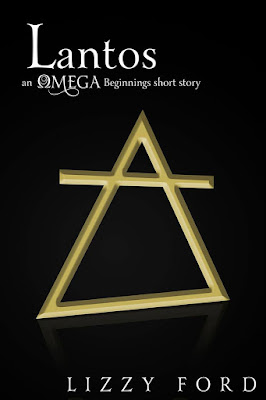 Description:
Lantos is a demigod, the orphaned son of the Titan of the Unseen and a human mother raised on the streets of Washington DC. His sole mission in life: to be worthy of his father’s attention and hopefully one day, shed his human weakness and win his father’s love.

In his haste to help Princess Phoibe, Lantos stumbles upon a discovery that changes his life and destiny forever. Not only does he find someone capable of shoring up his very human weaknesses but he also uncovers a secret he believes will win over his father. 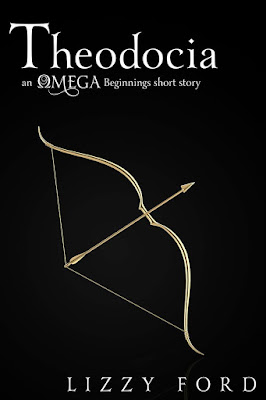 Description:
Eighteen-year-old Theodocia ‘s routine life as an initiate in the Temple of Artemis in Washington, DC, takes an unexpected turn when the goddess herself reassigns Theodocia to New York City. Faced with a new duty she doesn’t know how to handle, Theodocia must break the news to her boyfriend of six months – and then tell him the secret that’s been tormenting her for the past week. 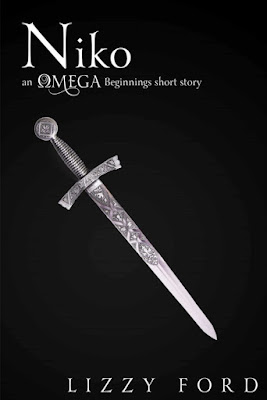 Description:
Niko’s never known a moment of kindness until his girlfriend, Theodocia. When she’s suddenly reassigned to New York, and reveals he’s going to become a father, he walks away from her. Conflicted about losing her yet certain he’s not father material, he decides to pursue an opportunity in the Gladiator Guild he hopes will provide the money Dosy will need to raise their child. However, his pursuit of a large paycheck becomes so much more than he expected and will forever alter his future. 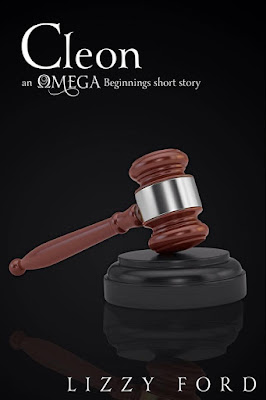 Description:
A wealthy, ambitious man who grew up under the thumb of his abusive father, Cleon reacts to news of his father’s death with relief. His joy is short lived, for soon after, a high ranking politician visits him to deliver a message. Either Cleon leaves politics or he’ll be publicly revealed as the person who planned his father’s murder. Cleon begins to realize his father wasn’t the only monster in the world and is faced with a challenge. Dare he risk everything by trying to outsmart the man blackmailing him? Does he have what it takes to follow in his father’s footsteps? 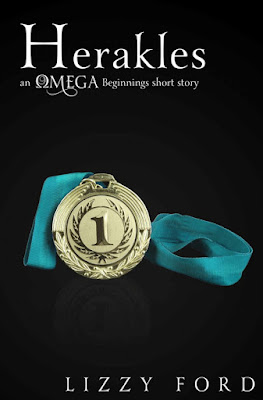 Description:
A three time Olympian, Herakles’ sudden fall into disgrace is seconded only by what he learns about himself in the process of learning there’s an entire world out there he knows nothing about – and it’s dangerous to the child for whom he’s inadvertently become a guardian. 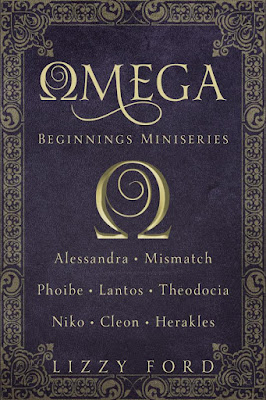 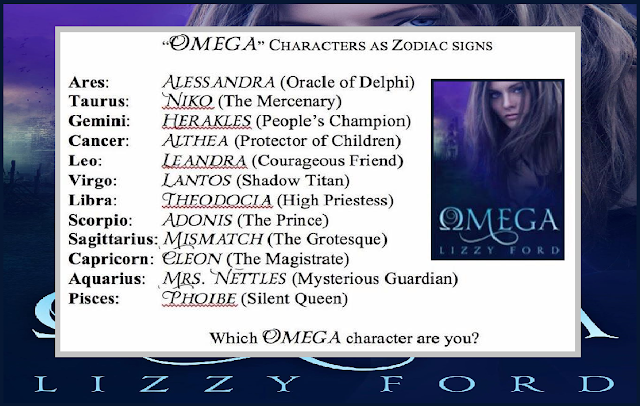 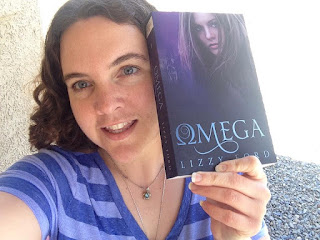 Lizzy Ford is the award winning, internationally acclaimed author of over fifty titles written for young adult, new adult and adult romance readers, to include the internationally bestselling Rhyn Trilogy, Witchling Series and the War of Gods series. Considered a freak of nature by her peers for the ability to write and release a commercial quality novel in under a month, Lizzy has focused on keeping her readers happy by producing brilliant, gritty romances that remind people why true love is a trial worth enduring.

Lizzy's books can be found in every major eReader library, to include: Amazon, Barnes and Noble, iBooks, Kobo, Sony and Smashwords. She lives in southern Arizona with her husband, three dogs and a cat.
Posted by hey, it was free at 12:00 AM