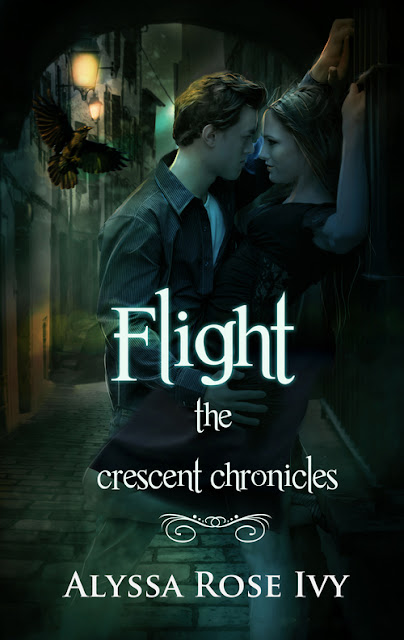 My Thoughts: Flight More Like What A Frightful Message!

Only made it to chapter 9 before I couldn't take the story anymore and had to stop reading for the sake of humanity. Dramatic statement I know but the message that was being portrayed for readers was not something I could half stomach and half understand. I truly don't understand the 4 star ratings and how people seemed to find the characters worthy of attention when was a jerk and the other a pushover.
Recently graduating from high school, Allison decides to work at her father's recently purchased hotel in New Orleans. Escaping her ex-boyfriend drama back in New York sounds like a great plan to Allie and taking her best friend Jess with her for the summer is her way of making sure she sticks to her no men for a while plan. However, once the friends get to New Orleans not only is Allie captured by the city, but she is instantly attracted to a tall dark and handsome guy named Levi. Wanting nothing to do with men during her summer off before heading to college, Allie refuses Levi's constant advances. If Allie had her way she would never even see him, but her boy crazy BFF is all over Levi's friend Jared so Allie is pulled along with Levi's crew. It's not till later when Jess leaves for home that Allie finds a whole other side to Levi and his group, one which is beyond anything she could have imagined.
Overall, not good at all! I tried to read the book, I really did, because at first I was like this is soo me: girl driving to New Orleans with BFF while in her new Land Rover. Those are two things on my bucket list, but after that bit was mentioned the book lost my respect. The main character was constantly pushed into doing things she would rather not do and never had the courage, or self respect, to just say no. Allie is definitely not a heroine, especially when she gave in so easily to Levi who was basically a stalker narcissistic prick that I'd have avoided like the plague no matter his good looks. Oh and Allie's BFF Jess was a piece of work, the girl was portrayed as a slut but apparently wasn't yet was constantly pushing her "best" friend to loosen up and give it up. Not cool! I mean really what a twisted friendship. As for Levi again not worth drooling over when he was overtly insinuating himself into Allie's life and she only verbally said no but would physically say yes, like really. Levi wouldn't even tell her what drink he was plying her with and Allie would stupidly just keep drinking them, can someone say super sketch! I finally gave up reading the book after the moment the story finally became paranormal was so superficial and utterly random; I re-read it just to ensure I didn't miss how the book transitioned from contemporary to paranormal in one paragraph, but it was too strange. So if you want to try a book that basically says if the guy is hot and pushy and your so called BFF says go for it despite you not wanting to have a man in your life and then main character caves after a anticlimactic revelation of a paranormal world, then try this book but I couldn't finish the story.
Posted by hey, it was free at 3:00 AM