Hey, It's A Book Tour for "Spectacle" by S.J. Pierce 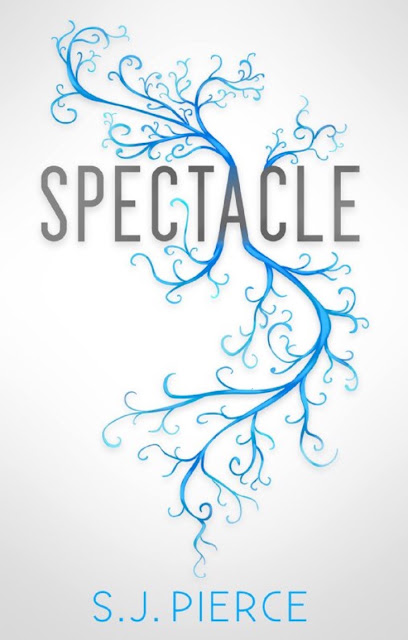 Two hundred years after the Great Disaster, the day earthquakes ravaged Earth’s landscapes, humanity has finally regrouped and is working toward a better future. But in New America – one of three remaining landmasses – the threat of overpopulation makes a better future seem bleaker by the year.

Mira (Mirabella) Foster and her parents are citizens of New America, and with the threat of starvation and disease looming on the horizon, a new discovery threatens to push everyone to the brink of chaos: blue markings develop on people’s skin. Markings that allow them to camouflage their skin, but also make them feared, and eventually, targets of violence.

My Thoughts: Who Is She And What Is She?

This story was definitely a mix of hunger games meets divergent. Based in an alternate reality the author wrote a fictional narrative involving aliens that mirrored contemporary history and dystopian possibilities. Definitely a book that will leave you thinking things over long after you've finished reading.
Two hundred years after the Great Disaster, The world is facing an overpopulation problem and doesn't half enough land after the massive earthquakes that ravaged the planet, leaving only 3 continents. Readers are introduced to a young Mirabella "Mira" Foster, who lives a simple ordinary life with her parents in New America. Until one day her father shows her he has blue markings all over him, which signifies he is not human but an alien called a Changer. Spurred by panic the community of Changers are forced to explain themselves as the markings where starting to be believed to be a disease. Mira is elated to witness her father and her friends Cole and Luxxe's dads represent their race to the president. But events go horribly wrong and and assassination attempt is made being blamed on the Changers. Soon the Changers are rounded and placed on an island alone to live as away from humans. It's not until Mira is offered a chance to prove her father's innocence and gain Changers freedom that Mira has to make the hard decisions.
Overall, good read which got me thinking and got a few tears. Not gonna lie this book really had me thinking more in a history kinda way than literature perspective. The Changers are rounded up and put in an island to basically die, and all I could think of was the holocaust. Perhaps the way the New America carried their plan out and how the Changers were marked like the Jews had been, the situation just clicked. Besides all that, the relationship drama in this book was interesting, because I assumed Mira was going to fall for her hot BFF, Luxxe,  but she didn't. In fact the author repeatedly made sure everyone understood they were just best friends. That's a huge rarity in any book since 90% of the time male - female best friends in books always admit attraction or end up together, so props to showing that doesn't always have to happen. However, down side was it was extremely repetitive on relationship status for everyone, when I felt as if the focus needed to remain on the politics, schemes and such. So if you are into dystopian worlds where people are separated for being a different people group and then fight back to be accepted all the while the characters try to figure out who they are and who they want to be with and where they want to live, than this might be a good book to try. 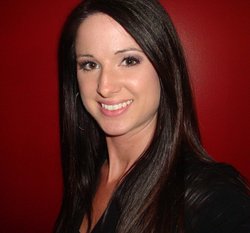 Susan James Pierce has a degree in Marketing Management, works for a Fortune 500 company in Atlanta, Georgia, and devotes her precious, spare time to writing Fantasy, Paranormal and Sci-fi novels. Please visit www.sjpiercebooks.blogspot.com and sign up for her mailing list or subscribe to her blog if you'd like to hear when new books come out!
Posted by hey, it was free at 1:35 AM