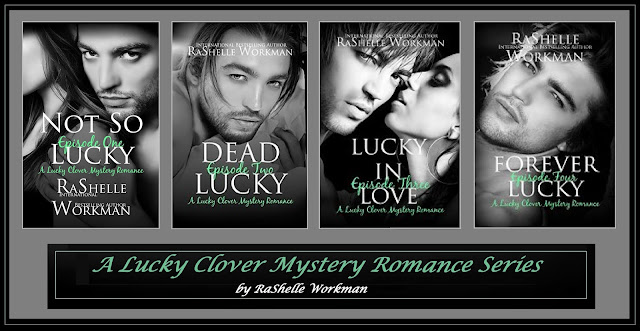 Lucky Clover Green is goal-oriented, despite her hippy parents. She has plans for her life and knows how to make them happen. There’s even a list to prove it.
1. Graduate from prestigious law school. Check.
2. Find an apartment in New York. Check.
3. Get engaged to the man of her dreams. Check.
4. Become partner at a law firm. Ch—Well, she’s still working on that. First she needs a job.
On impulse, she goes to a club with her roommate and meets the lead singer of the band, Toxic Suspects. His name is Maxwell Legend. He’s hot, gorgeous, and soooooo doesn’t fit into her plans.

And then her fiancé is murdered. 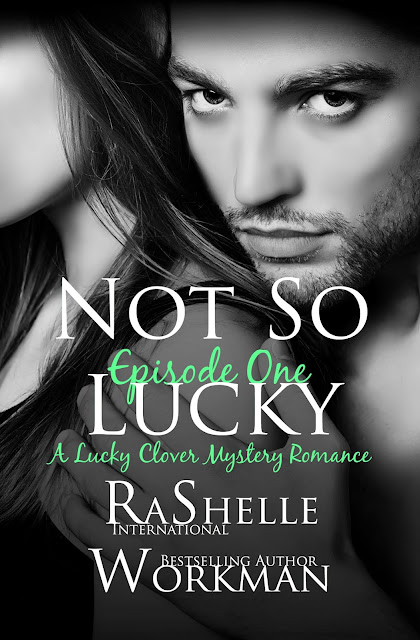 My Thoughts: When It Rains It Pours For Poor Lucky Clover Green.

This girl has a life that just goes from right to wrong then right to wrong again. RaShelle Workman has given readers a quirky lovable but strong female lead that won't give up on dreams, despite how unlucky her circumstances may seem at times.
Lucky Clover Green is determined to land that post grad job at a law firm based on her own hard working merit. It's a part of her life plan and she's sticking to it if only to prove her hippie go with the flow parents wrong. However, life is hard and Lucky can't seem to catch a break. Only one thing seems to be going right and it should be all wrong for her life plan, his name is Maxwell Legend, the smoking hot lead singer from Toxic Suspects. Maxwell too is confused by how right Lucky feels when she's near him. He's supposed to be pursuing his bands plan for fame not looking for more than a normal one night stand with a girl he hardly knows. It's their chemistry that pulls them together even when things really begin to unravel in Lucky's life which spiral from one thing to another all around the murder of Edward, Lucky's ex-fiancé.
Overall, I enjoyed the story, and was pulled into the characters lives, especially Lucky's woes of trying to get her life in order. I mean as a 23 year old who is also trying to land her dream job, Lucky's plight of job hunting hit home for me. Now if only I could find my own hot billionaire! JK, sort of, but seriously Lucky is one strong resilient female on a mission who will not be dissuaded. My only qualms about the story is how her roommate Birdy is supposed to be her super BFF, but then she's shown to have known all along what a horrible dirty jerk Lucky's fiancé Edward is. For the entire relationship between Lucky and Edward, Birdy seems to have only voiced her issues here and there, when a true friend would have shown evidence or tried to really explain her issues with her friends boyfriend instead of just call him names. Plus there is a lot of backstory to the rich kids Lucky hangs out with that needs more explaining if it's going to be believable and all click together in the end. Because the drama is getting big and poor Lucky is just stuck in the middle. The story ends with questions and a cliffhanger, so I'll definitely be reading on to find out how Lucky plans to figure it all out.

The next three books will be released shortly after, so make sure and stay tuned for more from this light mystery romance series. 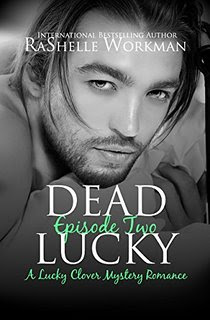 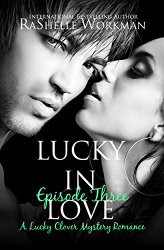 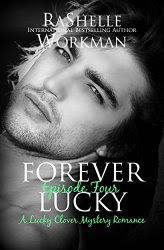 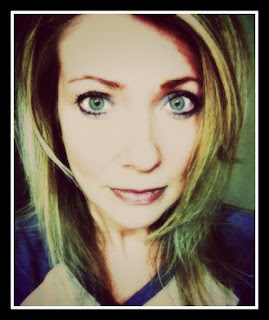 RaShelle Workman is a bestselling author, wannabe chef, and dog lover. She's publishing a brand new series entitled Undercover Empath with her amazing publisher, Curiosity Quills. She's also been self-publishing since 2011 and has no interest in stopping.

Her motto is: Love Hurts. Love Heals. so Love Hard! And it shows in the different genres she writes.

Currently, RaShelle lives in Utah with her husband, three children, and their three dogs.