"Wed's Wonderings & Wanderings": World Doom and Zombies, Would You Survive? 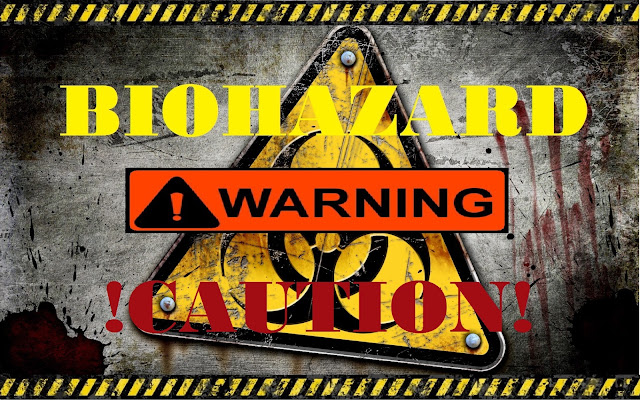 As of late I noticed that I have read and enjoyed reading various books from the Dystopian and Post-Apocalyptic genre. Now I'm not one for watching Zombie, Alien or End of the World type movies, but they seem so frequent and popular in both literature and movies it got me thinking, why? Why are people so focused on the world ending and people becoming these half human living dead things out to eat the last living humans?

This is why I love authors and their imaginations, books are the aid to answer that question of why. Books and their stories can give a picture into the human condition and open your mind to the psychology and sociology of people all set in a future tense. Authors write fictional scenarios based on possible human behavior, their stories could be a brilliant map to follow should you find yourself in a zombie apocalypse. Kinda joking . . . but not.

Seriously though, the fact that so many are interested and invested in reading about characters surviving and thriving in such a plagued destroyed world shows what we think. Either aliens will come, a nuclear explosion will occur or zombies will take over, but the bottom line in all the stories is the same . . . society did it to themselves by over reaching their technological bounders. It's a foreshadowing warning that if we push too far we will fall that much more. The earth is the most precious planet in the galaxy let alone the universe, because it's the only one of its kind, it sustains life.

With all that said Dystopian and Post-Apocalyptic books are still great entertainment to be read and get you ready just in case there is a real zombie apocalypse, cause you know it's always best to be prepared. So take these two Buzzfeed quizzes concerning the Zombie Apocalypse. They are a lot of fun and make you think, my sister and me always send these types of quizzes back and forth to each other for laughs. I'll even be completely honest and give you my quiz results.

Will You Survive The Zombie Apocalypse? - Click Here
Survival, easily: Your rational attitude and excellent decision-making mean that you’re going to make it through. You’re such a strong leader that everyone you’ve met will be safe too. You’ll will probably go on the rule the world after the collapse of society.

Yeah right that's me, not! While my sister got. . . "You got: Torn apart within a week You’ll make a good effort. A really good effort. But you won’t survive. Poor decisions and a lack of ruthlessness will doom you. Someone you know might survive though!" I died laughing! I saw her face when she got the results and said "what's it say good effort?" I finally got her to show me and saw I pegged her results. I guess I'll have to make sure she's with me if it all goes down.

How Long Would You Survive In A Zombie Apocalypse?- Click Here
I was given 6 months.
Because I'd fight if need be, but I'd eventually just rush in is what they say I'd do. I say I'd probably die of starvation, I seriously can't cook so I figure if I teamed with my sister, she's a sweetheart and can't kill a bug, who was given 3 months, we'd last at least 5 months together, because she can cook and I'd kill or at least sacrifice myself for her.