Website • Blog • Twitter • Facebook • Goodreads
Amy Reece lives in Albuquerque, NM, with her husband and family. She loves to read and travel and has an unhealthy addiction to dogs. She loves wine and friends, in that order. Stay tuned for the rest of The Seeker Series, coming Summer and Fall 2015.

Seeker:
Ally Moran has always just known about things—things she shouldn’t really be able to know… Suddenly when she starts having vivid visions about a former friend who is in desperate trouble, the adults in her life think she might hold the key to an ancient mystery.
Jack Ruiz has a troubled past, but is trying to make a fresh start at a new high school… He just wants to keep his head down and graduate, hopefully before he turns 20. The last thing he needs is to get involved with a feisty redhead and her psychic visions. While Jack valiantly attempts to keep Ally at arm’s length, she is equally determined to be a part of his life. Who will win this battle of wills? More importantly… Can this unlikely couple work together to find answers to Ally’s visions before someone gets killed?


Dreamer:
Meet Ally Moran, a 17 year-old who also happens to be psychic. Oh, and she’s getting more psychic with every passing day, so much so that she’s been sent to Ireland to check in with the Seer Council to see what’s up with her freaky new powers. Jack Ruiz is her 19 year-old boyfriend, a former troublemaker who’s back on track and trying desperately to graduate. His plans did not include falling in love with a psychic trouble-magnet. Last month they worked together to save a friend in deep trouble and ended up solving a school-wide mystery. But now there’s a new guy at school, Remy Giles, and he seems just a little bit too interested in Ally for Jack’s liking. And why does Ally keep dreaming about a kidnapping? Last month seems like a cakewalk compared to this semester… Ally's trying to solve a mystery, but Jack is just trying to keep her alive. 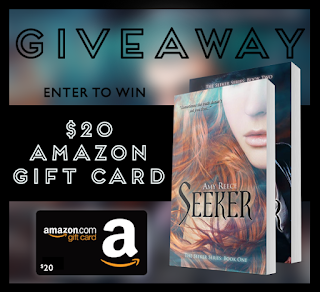 . 6
Price I Paid:  Zip,**I received a free copy in return for an honest review**
My Rating: 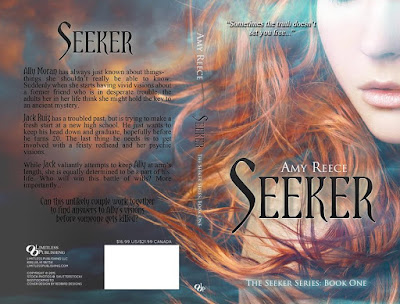 My Thoughts:  Seek No Further! This Series is Seeringly Great!

This book is a great addition to the Young Adult genre filled with humorous characters, great dialogue, and impactful messages weaved into the plot. The author kept the characters age appropriate but mature, a balance which is hard to do when writing an Y.A. books that can be for more than just teens. I definitely enjoyed the plot flow and concepts in this book, which have definitely hooked me for the next installment.
When Ally Moran is suddenly immersed in a too realistic vision concerning a cheerleader in the middle of her English class. Ally is rescued by Jack Ruiz the quiet bad boy transfer student, who offers to take Ally to the nurse. Ally has known her family comes from a line of gifted females coming from Ireland, but none have ever had such vivid physically tolling visions. Ally now has the issue of trying to decipher these visions she is getting concerning her classmate who appears to be in dire need of help before it's too late. However, after her vision episode in class, Jack is now paying attention to Ally. She's excited that they could become more than friends even with her weird "powers." There's just the whole issue of Jack's delinquent past that may keep Ally and him from being a couple.
Overall, Loved the book and want to read more. The banter and relationships were great, the story is a great paranormal Y.A. book. Ally is strong when it counts and a smart alec teen, who finds she will be a powerful Seer. That's a lot for a 16 yr old to take, so when she has to decipher the visions that are taxing on her, while dealing with normal teen stuff like, does Jack like me or not? It makes for a good read. The author made Ally come to life by being very vocal in her perspective on things letting readers know this and that, especially describing situations and places in the story which were set in Albuquerque, New Mexico. As for Jack what can I say about him other than basically he's perfect, he was bad now he's good and the greatest gentlemen. *Sigh, I want one. So one of my favorite parts had to be when Ally, a vegetarian, tells Jack she won't kiss him because he's eating menudo, to which he says that's racial discrimination. It was a quirky little moment but showed just how cute they are together. Now on the flip side I loved how the author brought up several situations most don't talk about such as rape and the need to share your emotional experiences. I don't want to spoil too much, but Amy Reece resolves her plot and has Ally sleuth out things in the high school that bring up issues teens can and do face, regrettably. Having the issues mentioned are rough but can be helpful since teens need to be aware of in case it occurs to someone they know or themselves. Now, as a whole if you are looking for a story about a girl trying to stay low key in high school but finds herself with the power to see visions of someones life and hasn't a clue how to help her, all the while trying to figure out her relationship with the new mysterious hot guy who is suddenly speaking to her. Than this book is sure to appease that search. 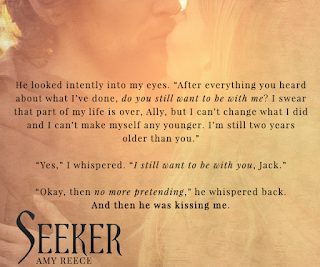 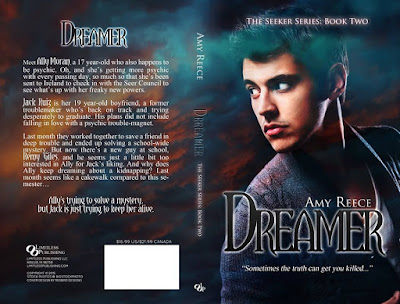 This is the second book in the series and is definitely just as great as the first! So if you haven't read the first book Seeker do so immediately. Amy Reece has her teen characters go through some hard issues and make some huge life decisions, but it's the ending that will leaving you wanting more. I know I can't wait for the third book to come out.
Reluctantly just arriving in Ireland to talk to the Seer council about her growing powers, Ally Moran, finds she may not just be a powerful seer but the Oracle. That was not at all what Ally wanted to hear since being the Oracle comes with a lifetime of responsibilities, which she would rather not have to deal with  . . . like ever. Adding to the pressure of the whole Oracle thing, Ally's boyfriend Jack is going through some family issues and is starting to pull away. Plus Ally is being plagues by nightmares involving a kidnapping which is destroying her sleep and health. Oh and her mom is dating a guy who could become her stepdad. Ally's life is becoming extremely complicated, there is even a new guy that comes to town and with him some new revelations concerning her future and her powers. The question Ally faces is how to resolve each issue with out getting hurt physically or emotionally? If that is even possible only time will tell.
Overall, I really enjoyed this book and I can't wait for the third book to come out. Ally's life has escalated in its complexity since the first book and I don't foresee it becoming any less stressful. Poor girl only wants to cuddle with her man and attend school, but that's so not her future. In this story I was sad to see the author messed with Ally and Jack's relationship, and it actually made me dislike Jack for a good portion of the book. Jack was perfect and now he's not. Meanwhile, I really love how much Tara stepped up as Ally's BFF in this story. Tara was Ally's investigating partner and of course fashion consultant, the two of the together are just fun girls. I really don't want to spoil anything but Ally just can't stay out of trouble and getting herself in dangerous situations, and I'll leave it at that. So if you've read the first book, than you'll definitely need to read this second installment as you'll see Ally grow up, make choices, and solve some issues. 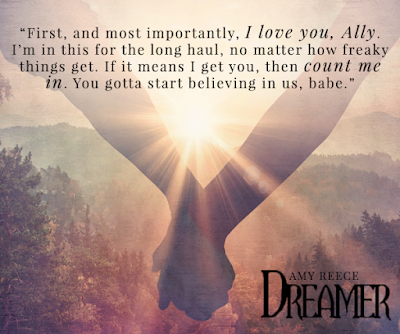