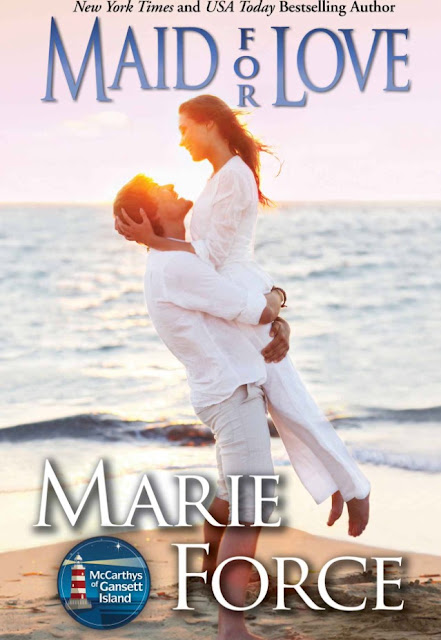 My Thoughts: One Collision Leads To Two Lives Changed

Good romance between characters that otherwise wouldn't have associated with each other. This story at its core was more than a romance, and sought to bring a message about not judging others based on circumstances or rumors. Marie Force does a great job introducing a great group of characters and lovely setting that will entice a readers to read more stories in the series.
Returning to his hometown of Gansett Island, Mac McCarthy plans to only stay long enough to recuperate and help aid his father in preparing the sale of the McCarthy's Resort Hotel before he heads back to Florida where he now works and lives. However, after shortly landing Mac accidentally has a collision with a woman on bike. The woman is left badly injured and Mac immediately rushes to her aid. Upon meeting her eyes Mac finds himself hooked. Maddie Chester has only one goal and that's to take care of her son Thomas, but the accident puts her job in jeopardy. So when Mac offers to take care of her and Thomas, literally sweeping her off her feet, she's guarded and wary about his intentions toward her. Maddie knows she has a "reputation" in town and has no intention of letting a McCarthy get to her, especially with promises he may never keep like so many before him.
Overall, great romance. Though to me  Mac seemed to be more developed as a character than Maddie. Most likely due to how much more involved the McCarthy family was over Maddie's family. That's my only issue, I wanted to have more of Maddie's family since it clearly played into her dysfunctional background, but I'll assume Marie Force will perhaps flush that out in a later book. The relationship between Mac and Maddie is witty, sweet and rather steamy. Mac is undoubtedly the most standup man who is a modern day knight in shining armor, who didn't hesitate to change a diaper, Keeper!! Maddie has trust issues and rightfully so after all she's gone through, but seeing her learn to let down her walls to allow Mac in is wonderful. So if you are into stories about woman who are guarded and dealt bad hands in life but stays strong even after craps been said about them, then they are bumped into by a man who is perfect for them but she'll takes a while to admit it. Then this book is great to try since hey, it is free!
Posted by hey, it was free at 2:00 PM