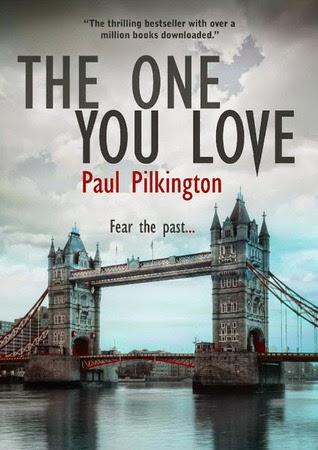 My Thoughts: Characters Were All Depressed, Held Secrets And Supposedly Did Everything Out Of "Love."

For being a suspenseful mystery I felt like the suspense was overly drawn out, but the story didn't lack for many twists and turns throughout the long plot. As for the mystery, I found it to be centered on this big secret that was scarcely revealed throughout the story and was built up to the point that I was frustrated wanting everyone to just spill the freakin beans already!! Everyone seemed to be running around lost but had info they withheld from each other which could have solved it all a hundred pages in. Oh and they all seemed to claim being depressed at one point due to the "huge" secret they were connected with, which two thirds into the story started irritating me more than pulling me into their plight for answers.
On the night of her hen party to celebrate her last week of being a bachelorette Emma Holden's world is upended. Her fiancé, Dan, appears to have vanished, after his brother is found battered and bloodied in Emma and Dan's London apartment. The police believe Dan is behind his brothers attack and the evidence continues to point them in his direction of guilt. Emma isn't convinced and wants to pursue other leads on her own with the help of her best friend Lizzy and brother Will. However, Will becomes distant and then Emma's past comes around as is it becomes apparent someone is stalking her, and may be watching her every move. All Emma wants is Dan back, but when Dan starts leaving messages and letters saying the wedding is off and hinting that those closet to her are withholding secrets from her, Emma isn't sure what or who to believe.
Overall, I will give this book credit saying it does have twists and turns. But seriously the ending alone was a huge cliff-hanger of an ending that was actually quite rude. It really felt as if the author just cut the scene off to push you to buy the next book. The saving grace of the book was the relationship between Emma and Lizzy, their friendly banter kept the book lively while Emma sleuthed around. The conclusion to the mystery was quite good, but it had been so drawn out to me with the whole secret between Will and Edward (Will and Emma's Dad) that the reveal wasn't as satisfying as I had hoped. In fact it was more a relief knowing it was over for poor Emma, than a justice was served feeling like mysteries usually leave me feeling. So if you want to read a suspense mystery with some crazy mentally unstable characters and a family who needs to communicate a whole LOT better for everyone's safety and sanity, then this book might be for you. Hey, it was free!
Posted by hey, it was free at 1:00 AM