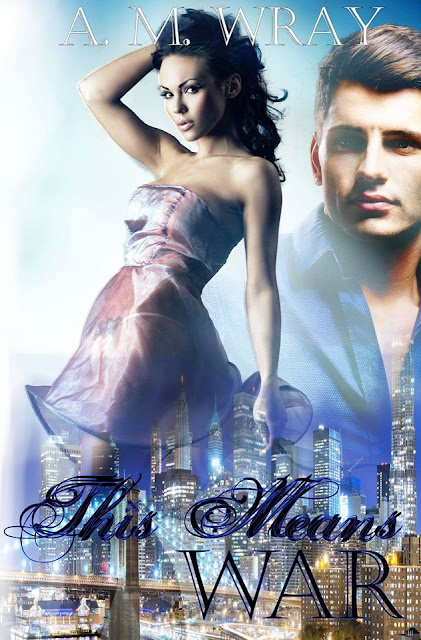 
All words that Taylor would have used to describe her dream employer, Alexander Stone – CEO of Stone Literary Agency. That is, until she met him. Now there are much different words coming to mind…

Her incredibly serious, professional demeanor clashes with Alexander’s sweetness and vibrant sense of humor and he loves to get her angry. He just can’t seem to wait to hear the next terrible thing she’ll say to him. Taylor, however, isn’t one to back down and Alexander manages to bring out her own dark humor as her need to get even with him at every turn gets the better of her.

The game only barely gets started when she gets a little friendly advice that she can’t seem to shake. Things begin to change for Taylor and she begins to find the girl that she used to be. The more these changes take place, the more her life seems to spiral out of her control.

When her secrets catch up with her as trouble comes knocking, everyone she loves is put in danger. Taylor’s life is threatened and she learns that Alexander has some secrets of his own. Maybe he isn’t just the sexy yet silly, unprofessional man-child she once thought him to be after all… 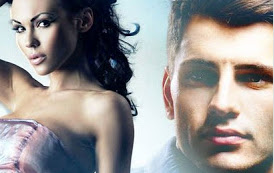 
My Thoughts: Great Banter Focused On Not Judging A Book By Its Cover (or flirty remarks)

This book greatly surprised me in a very good way. I though it might be the typical love hate relationship turns into passionate love storyline, but this book was sooo much more. The author managed to cover a wide arrange of topics from domestic violence to miscarriages to correct hunting methods to charity involvement all with in one story. A reader just can't get bored with this book.
Working for a huge literary agency in the big city has been Elizabeth Taylor Lee's dream. Taylor is given the very rare opportunity to be an intern for Alexander Stone the CEO of Stone Literary Agency.  However, she is quickly not impressed by the man himself and finds him to be childish, annoying and hardly serious. Alex does nothing but push Taylor's buttons and she can't help but hate him despite everyone finding him so charming. Circumstance from her past injured Taylor's personality making her build walls taking on a more serious and cautious persona. Taylor slowly realizes maybe she had become a bit boring and perhaps Alex is the one to lighten up her life. Things between Alex and Taylor go from "Haha" to "Aha!" as they start opening up to one another about their pasts. Though Taylor's past may be their undoing as her worst fear comes true. The question becomes fight or flight?
Overall, I was greatly surprised but totally loved it. The characters are great and Alexander Stone is now one of my favorite book boyfriends. The witty banter between the two trying to out best each other in obviously denying  anything but a somewhat friendship is charming. The author touches on a variety of subjects via her characters and it's rare for that to be done so seamlessly. Only plot issue was a few fast forward moments where the author wrote out of her current character peeped rice to say, "and this much time past and this happened and now scene." It was a little disconcerting. Now I did find the action scenes in the book well timed and just enough for the suspense of the plot. Oh and I'm totally getting me a cast iron frying pan, you'll understand once you read the book. As for the romance scene that wasn't to shall I say detailed, but just enough, their flirtation was what really made the relationship work for me. So, if you are looking for a witty banter filled story with characters denying their possible relationship because of past issues while they work through different present situations and then literally have to fight for their HEA, than give this book a go. 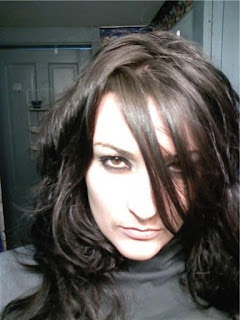 Author Links: Facebook, Amazon, Goodreads, Twitter.
Candy Crum lives in Indiana and is the Author of “The Eternal Series” and other short


stories. She published her first novel, The Eternal Gift, in May of 2011 and has been publishing ever since. Candy is an avid lover of the paranormal genre, stemming from years of reading the Vampire Chronicles by Anne Rice when she was a teenager. Later, she developed a deep love of the Vampire Academy Series by Richelle Mead and the House of Night Series by P.C. Cast and Kristin Cast, furthering her love of the genre and pushing her to really push to finish and publish her novel.

Since then, Candy has released three other books in The Eternal Series and will release another later in 2014. Now, Candy is trying her hand at more contemporary pieces of work, like that of Lean on Me and other books she will release in 2014.

Some of Candy’s interests include the usual reading and writing, music (of most types), movies (action and comedy or any combination of the two), cartoons (she loves to say that her children watch cartoons because she does), and drawing. She loves talking with her fans and loves reading the reviews that her fans are kind enough to leave for her. Always feel free to find Candy on Facebook and send her a message!
Posted by hey, it was free at 2:00 AM