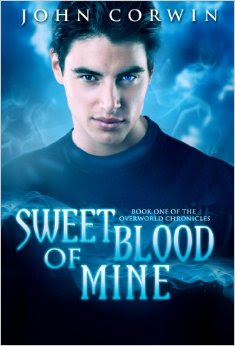 My Thoughts: Not A Stud, More Like A Dud!

The book synopsis lured me into reading this book and for the first couple of chapters I wanted to like the story, BUT it turned into a book I just had to stop reading because I felt like I was wasting my time. When the main character is slowly becoming a jerk and you start thinking, just a bit, what goes around comes around, I mean really?! Who is the author making you cheer on?
Justin Slade is the definition of nerd. He is chubby, slow, and quiet keeping to his dungeons and dragons outcast friends. It's not until he sticks up to a jock forcing himself on the girl of Justin's dreams that shakes up his life. Justin survives the confrontation but slowly things unravel in his life: his parents split up, he alienates himself from what friends he has, he begins having a strange affect on woman, and he is being chased by something. Justin then begins to transform from nerd to stud becoming super strong and fast. His world opens up into a world of supernatural beings that makes more complications in his life especially when he's just trying to stay alive.
Overall, honestly couldn't finish the book after reading 13 chapters. The story was focused on a male character who was meant to be misunderstood, but he came off as a jerk and I couldn't see him as much of a hero worth reading about. His home life fell apart and no one explained anything, letting the story drag on and on with no hope in sight. The book was down right depressing for so long, but I tried to like it even hoping it'd pick up, but the writing style matched with the plot rhythm made the story dreary. Justin never impressed me as a lead character and as a protagonist I couldn't tell what he was really about other than himself, which wasn't endearing. So if you can put up with the depressing spiral the main character goes through before he gets into his new self to  hopefully become a better man, than more power to you because I will not be finishing this book.
Posted by hey, it was free at 5:00 AM