. 2
Price I Paid: Zip, Due to Amazon First Prime Subscription.
My Rating: 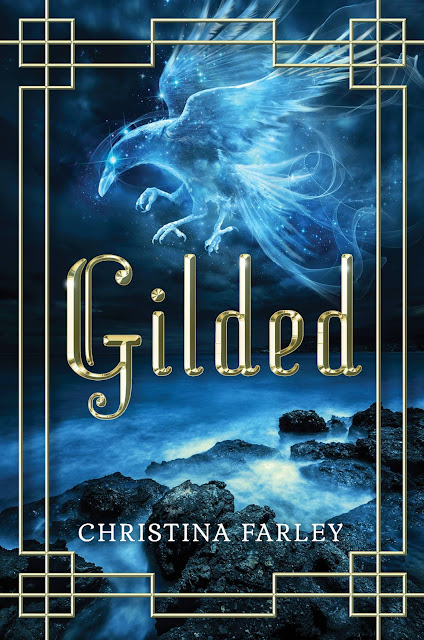 My Thoughts: Amazing Beginning to A New Series!

This book truly amazed me when I first read it and when I re-read it. I was a little skeptically going into reading this book based on the product description, because a lot of YA books either really impress me or just flop. However, this book impressed the heck out of me leaving me stunned by how much I truly enjoyed the story and I'm looking forward to the whole series. My biggest love for the book is that this author introduces a new world of mythology and culture from Korea. Now I read and follow a very popular YA series that pulls from Greek and Roman mythology (won't name names since I'm reviewing this book not those books here), and though the two seemed similar they are different in so many aspects. In fact they can't be compared at all really since the only thing they really have in common is the impact they will have on their readers in educating them on other cultures, people, history, and mythology, which I think are great topics any age should read about not just kids or teens.
The imagery the author provided in the book made the scenes in the story, let alone the action scenes, read so life like. The author you can tell clearly loves Korea and definitely studied up on tae kwon do if not actually knows some, or maybe just watched a lot a fighting movies, either way the fighting scenes were really engaging without being to unbelievable and farfetched (its fiction but not fantasy). The flow of the plot was wonderfully crafted, the story made sense and I who normally pick out how each scene will end was still left wondering how the ending would play out, making me happily surprised since not many books are original but this story was definitely one of a kind. The use of the Korean langue did make it hard to read the book at first, but after a while I got used to it and there is a glossary in the back that helps too. (Unless you're a nerd like me and feel inclined to look up everything so you not only have a definition but a visual picture to understand it too.)
Also I should note the author does a great job is discussing or explaining certain terms without actually breaking from the story. Introducing a new language to a readership who won't be familiar to the language is tricky no matter if the language is foreign or made up. Languages are just hard to write with, so huge applause for Farley writing this book with actual Korean words being used and applied in a wonderful way.
Now the characters in this book were very likeable and relatable on some levels. I mean for example the main character Jae Hwa lost her mom, moved across the ocean to a new country, new school, plays a sport (grant it the sport is tae kwon do), has workaholic Father who barely notices she is there or listens to her, hard to please grandparent, boy troubles, crazy cool best friend she has to try and socialize with, heavy school work/pressure to succeed in life, and then there's the 1000 year issue of the curse she has to fight against or she'll be taken just like every other first born daughter before her by Haemosu, the villain of the story. Now the last issue is all Jae Hwa's but the other situations can be picked up on by readers as relatable on some level, especially if Amazon is posting this book as 7-10th grade reading. Two notable highlights for this book in the relationship department are between Jae Hwa & Marc and the relationship between Jae Hwa and Michelle. The relationship between Jae Hwa and Marc is sweet and grows in a healthy way no love triangles here and not too much drama. So happy a YA book is out with a good main character relationship, some of the recent popular YA book series seem to involve love triangles or unhealthy drama filled relationships that make me more upset then happy with their relationships. Luckily this book kept the relationship in its place as a subplot so it develops but doesn't overwhelm the story keeping the book in a good action packed balance. Then there's the relationship between Jae Hwa and Michelle it's a friendship that must be mentioned because I think too often writers leave out that girls need a best friend not just their boyfriend and Michelle is that friend for Jae Hwa. Specifically since Jae Hwa just wants to seek some sort of a normal existence when her world opens up into more crazy mystically reality and Michelle tethers her to that chance of a sense of normal.
Overall, I sincerely loved and enjoyed the story and definitely recommend this book. In fact I had started out picking this book in hopes that this would be a new series to fill a void another book series is leaving, since it's ending soon, and I can honestly say this series has met that book series void. Each chapter kept me more and more enthralled and rooting for Jae Hwa to figure a way out of her predicament and get her happy ending, all the while I was learning new facts about Korea, it's culture, people, past, and mythology. I mean I now know what a YO is or a KOMO or HARABOJI words that refer to bed, aunt (from dad's side) and grandpa they are stuck in my head just from reading this book. So was the book thrilling and exciting? Yes and was it educational too, Yes but fascinating as well, so I definitely recommend getting into this series.
Posted by hey, it was free at 3:00 AM