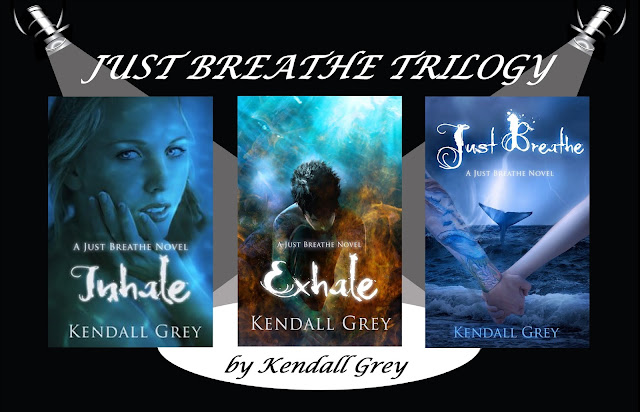 **Note:Books contain graphic language,sex,and some violence. Definitely not suitable for readers under the age of 18.**

My Thoughts: Inhale, Exhale Now Breathe, Cause This Series Is Bomb!

Now I'm usually very cautious and usually avoid books containing, shall we say more mature romance scenes, but the story is so fantastical and the characters are all just so likable I can totally live with the explicit sex. Why? Because the story is just that great! Set in a unique version of our reality the characters fight to keep our world alive and each other safe all while learning to love. Based in more fantasy and fiction than realism Kendall Grey offers a dream world to ignites her readers imagination as good fights evil.

Readers are introduced to one of the protagonists, Dr. Zoe Morgan, a whale biologist who is finally leaving her job under her supervisor and lover to become her own boss. Zoe will now be the new director in tagging the migrating whales project located in Harvey Bay, Australia. Everything seems to be finally going Zoey's way, except now she is suddenly hearing the whales talk to her, in her head and has no idea why. Then of course there is a very hot man appearing in her dreams at night rescuing her from fiery nightmares. Though not too long into the series, Zoey finds out that her "dream" man turns out to be the too sexy for himself rock star, Gavin Cassidy. Gavin is a rockstar by trade, but is a Dreaming Australia Sentinel by birth. Sworn to protect Wyldlings, which are dreaming humans, Gavin is pulled to Zoey after being inactive since losing his last partner. Being back in the Dreaming, Gavin realizes he must save Zoey from furious Fyre Elements and work with her to restore balance amongst the Elementals: Earth, Water, Fyre, Aer.
Overall, I love this series! Gavin and Zoey are meant to be and it's soooo obvious that you just want to slap them when they do stupid drama stuff. Of course that's also what makes this series great by having all the heartache and emotional reunions. Zoey is feisty and isn't afraid to let Gavin have it. Gavin is just yum, the man can sing and save lives, winner! Winner! The fights that occur in this series are great too, because you have Fyre fighting Aer or Earth trying to destroy evil Fyre, it's all just Bam! Bam! Slam! Go Team Gavin and Sentinels! So if you're up for a series about humans sleeping and being in danger needing to be saved by dream watchers before the dreamland and the real world are lost to death and destruction, all while a hot romance is forming in the not so subtle background. Then this series is great to get into. 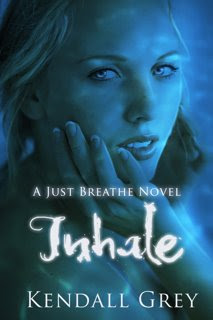 After years of suffocating under her boss’s scrutiny, whale biologist Zoe Morgan finally lands a job as director of a tagging project in Hervey Bay, Australia. Success Down Under all but guarantees her the promotion of a lifetime, and Zoe won’t let anything—or anyone—stand in her way. Not the whale voices she suddenly hears in her head, not the ex who won’t take no for an answer, and especially not the gorgeous figment of her imagination who keeps saving her from the fiery hell of her dreams. 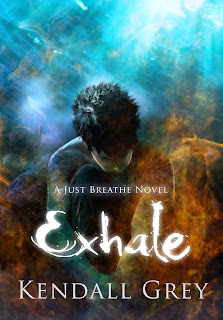 Description:
Her dreams brought them together, but reality could tear them apart …

The man of Zoe Morgan’s dreams isn’t only real, he’s interested. In her. But her boss wants her too, and is leveraging his unsolicited advances with the threat of blocking the huge promotion she's after. When he places a spy on her research team, the intense stranger discovers more than he should, and Zoe fears hiding a relationship with Gavin Cassidy from her boss is the least of her worries. The whale she must protect has been marked for death, and Zoe's old enemy Scarlet is eager to deliver the killing blow. To both of them. 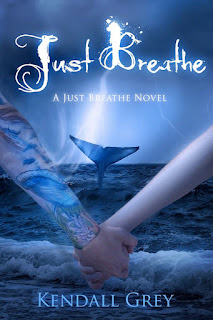 Description:
He made a deal with the devil to save the woman he loves …

After a terrible accident rocks the foundation of their relationship, Australian Sentinel Gavin Cassidy and whale biologist Zoe Morgan call it quits. Gavin can’t forgive himself for shattering her trust, and being with the sexy rock star is killing Zoe. Literally.

But love—and duty—are powerful motivators, and alliances are forged in the most unlikely places. With the key to salvation locked inside the mind of an unconscious child, Gavin must find another way to snuff out the Fyre Elementals before millions of humans die, or make good on his deal with the devil and lose the one he loves. Again. 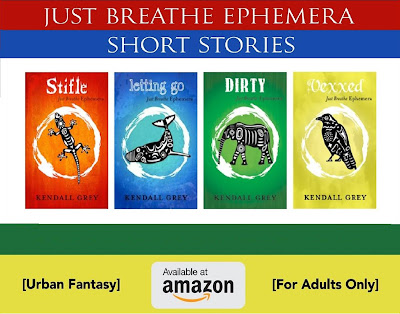 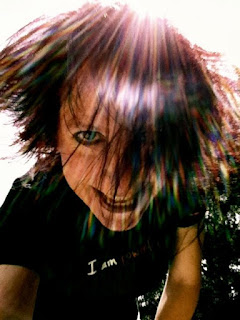 
Kendall Grey is the self-appointed past, present, and future president of the Authors Behaving Badly Club. A whale warrior and indie freedom fighter, she spends summers in the corner (usually with a dunce cap on her head) and winters hunched at the peak of Mt. Trouble, fiery pens of fury (complete with invisible ink) flying across the pages. She has a big set of cajones, and she's not afraid to use them. In her spare time, Kendall speaks your mind so you don't have to. Kendall lives off a dirt road near Atlanta, Georgia, but don't hold that against her.
Posted by hey, it was free at 3:00 AM