Hey, It's A Book Tour for "Diary of a Rocker's Kid" (Book One of the DORK series) by Haley Allison 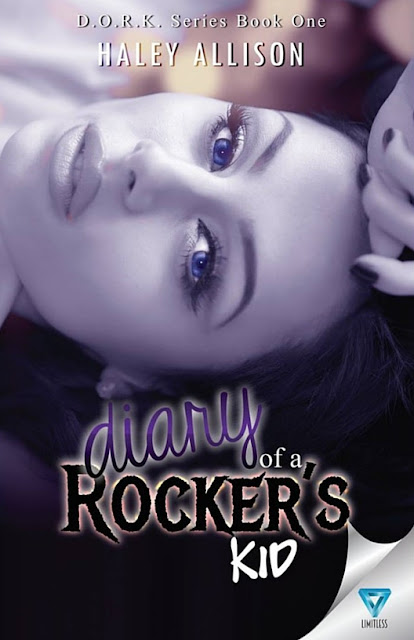 - SYNOPSIS -
Most people don’t imagine their father is a rock star when they live on a farm in Kentucky. Madison Daley’s father concealed the truth from her for sixteen years. He was the Grim Weeper, the frontman of the 90s band Weep With The Willows up until she was dropped off on his doorstep by a woman in a black mask. The reasoning behind their disappearance from the spotlight and the identity of her mother are both kept a mystery. When Madison learns her true identity, she becomes determined to get back to her roots in Los Angeles and find out who her mother is.

As soon as they arrive in L.A., Madison finds out that her new neighbors are Hollywood royalty. Giovanni Abate’s father is an action film star, his stepdad is a major designer, and Gio has a claim to fame of his own. The young Italian actor falls for Madison fast and hard, but he also has a secret, and what Madison doesn’t know could indeed hurt her.

After Madison gets a makeover, she is constantly being mistaken for somebody else. Everybody thinks they’ve seen her before, even though she’s never stepped foot in California since the disappearance sixteen years ago. Who is Madison’s mysterious doppelganger? Could the answer to that question change her life for good? And which celebrity is Michael Daley’s baby mama?
~~~~~~~~~~~~~~~~~~~~~~~~~~~~~~~~~~~~~~~~~~~~~~ 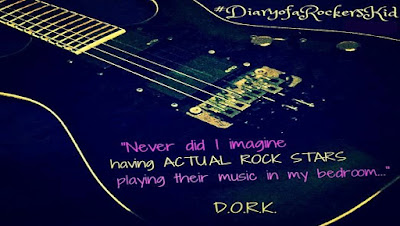 We’re here…and it’s the best feeling in the world.
As soon as I walked in those double doors, I immediately felt at home. That has never happened to me before. The farmhouse felt like home because it was all I had, but this place has Dad, Cass, and me written all over it. It’s a rocker’s mansion for sure, and Dad already told me some stories about the wild parties they used to have in here. I enjoyed hearing about how completely off the walls Cass and he were. It makes me think maybe he’ll forgive me for the shit I plan to do once I’m legal…or not so legal.
He’s loosening up a lot now that we’re in L.A. He’s even treating me like an equal in a lot of ways. I guess he’s finally realizing I’m close to becoming an adult. Also, he said he plans to go out with Cass a lot while we’re here. Score for me! The less parental supervision, the better.
I’m not sure how to feel about meeting Stephan Lowe’s family tomorrow. According to Ana, Steph’s partner is Alfonzo Abate, a major action film star. He’s easily an A-list actor, and I’ve watched and obsessed over all his movies. His teenage son Giovanni is an actor, too. He was a supporting actor on one of my favorite tween-teen shows, Jackson and Julia, until it got cancelled last year. He is constantly in the news, and girls everywhere obsess over him. My palms sweat and my throat dries up just thinking about him. I mean, this guy is swoon-worthy, and I’m about to meet him tomorrow. That has me terrified. What am I going to say to two actors I’ve worshipped for the past few years of my life? Especially one my age?
I can see it now—
“Hi, I’m Mads. You’re gorgeous. I want to marry you. I know I’m the Basket Baby, but maybe we can look past that. I’m even willing to start over on a deserted island together and forget either of us has a name. We can just sit on the beach day and night in nothing but our birthday suits and let the world fade away for the rest of our lives. Sound good? Great. I’m on my way to the courthouse to get emancipated right now.”
I’m dying laughing over here. That’s so unrealistic it’s almost not funny.
Almost.
Anyway, now that I know who I’m meeting, I’m considering letting Ana give me a full-scale makeover tomorrow. She’s been wanting to do that for years, and now we’ve finally got the perfect opportunity. Plus, it’s kind of necessary. I’m looking at the ends of my hair, and…yep, I’ve got split ends. They’re all over the place. Definitely getting a haircut, and I might color it, too, even though that’s wayyy outside my comfort zone.
Here goes nothing. Hopefully I won’t come back bald. That’s my secret fear when entering a salon.
Ttyl,
Mads
~~~~~~~~~~~~~~~~~~~~~~~~~~~~~~~~~~~~~~~~~~~~~~~~~~~~~~~~~~~~~~~~~~~~ 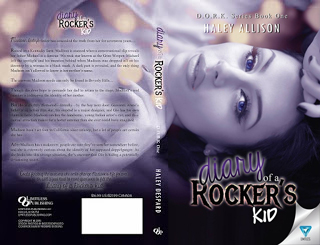 My Thoughts: Rock On and On!
Such an emotional book without being too teary. The author made several great points concerning family, abandonment, relationships and growing up. I loved the book format of both character narrative as well as a blog diary form from the character, which helped bring you closer to the main character in her times of happiness and distress.
For 17 years Madison Daley has lived on a Kentucky Farm with her dad and grandma, having only her best friend Ana and her dad's best friend Cass from California as their family source of outside contact. Madison is itching for a life outside of the farm and to be understood since she is all about Rock 'N' Roll, something her grandma certainly can live without. However, one slip up changes everything for Madison when secrets are reluctantly revealed by her father. Truth is her dad was a huge rockstar and retired when she was dropped off on his doorstep by her mother. Madison realizes her life is a lie and wants answers, but to get them she needs to get to California. In L.A. Madison begins to find the life she could have had including one perk, being a neighbor to a hot Italian boy next door named Gio Abate, who is everything she's dreamed of. While on a mission to find her mother, Madison is constantly mistaken as someone else and she needs to find out why? But the more she digs the more and more Madison begins to question if it's all worth it.
Overall, Loved how many social issues this YA book touched on. Though the author didn't press on any too in depth, a reader would still be able to grasp the purpose behind each moment. Madison's journey into the "IT" life in L.A. is something many dream of but it's definitely something that will drain you emotionally and physically. So seeing an almost adult begin to realize what she walking into is great as too many times tweens idolize the people in the industry without realizing what happens behind the red curtain of fame. The plot of the story was also very unique until near the end when the author initiated a twist that was a bit soap opera for me. However, I can see why she would put that twist in, so there could be more to the series, which I'm actually looking forward to. Why? because Madison is a strong YA character, though she finds her life a lie constructed by those she trusted and loves, Madison regains control of her self and formulates a plan. That pressing on attitude is very hard to do when your world has crashed down around you, and should be admired. So if you are looking to read a book about a girl who is looking to make a name for herself in the rock world but has so much baggage she didn't even know about until she does and then she just finds out more and more and more surprise about her life and family all set in the celebrity world of L.A., then this book would be good to read.
************************************* 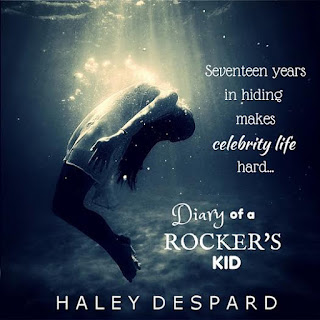 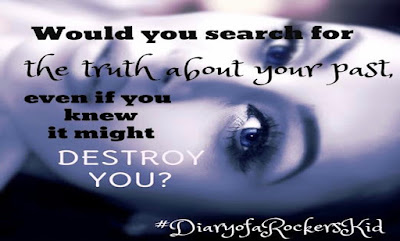 - GIVEAWAY -
3 ecopies of Diary Of A Rocker's Kid up for grabs! 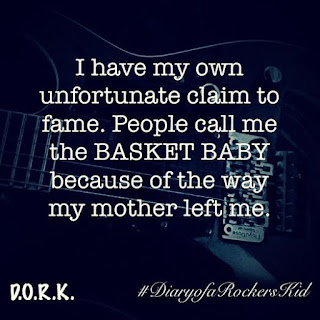 Haley Allison was born and raised in small, yet ever-expanding Simpsonville, South Carolina. She discovered a love of writing at age fourteen and hasn’t been able to turn off the motor fingers since then. Today she lives just a stone’s throw over in the country side of Greer, SC with her husband, son, and Boston Terrier. Her loves include cats (even though she’s allergic because the universe hates her), reading, composing music, blogging, amateur photography, fro-yo, mall shopping trips, and anything that begins with, ends with, or includes the words “milk chocolate.” She also enjoys gaming with her husband on occasion and driving through the countryside with music on full blast.

Haley’s books will include a combination of feminism, romance, diversity, family values, complicated storylines, and maybe even a scheming heroine or two. She loves to defy conventions and standards and continually thinks outside the box. If you want to read something fresh and original, pick up a Haley Despard novel. A book should be able to make you gasp, sob, laugh hysterically, and want to hug the main character all at the same time.
Haley is very interactive on Facebook and Twitter so don’t hesitate to contact her at one of the links below, or you can email her at hdespardauthor@outlook.com. 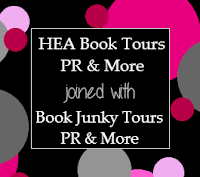