Hey, It's A Review Tour for "Keeping The Tarnished" by Bradon Nave 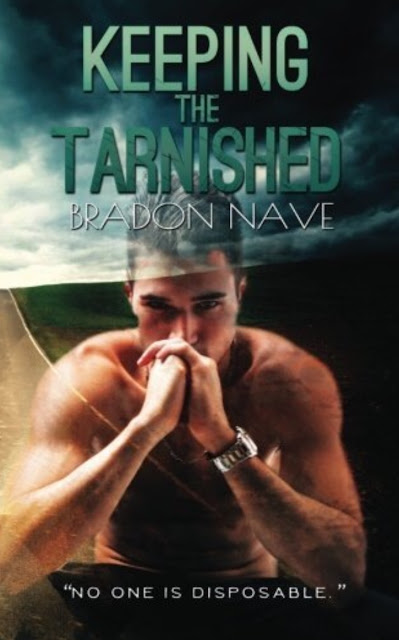 - SYNOPSIS -
Johnny Tregalis leaves home the minute he turns eighteen, but he’s the only one who knows why…

Arriving in Lake Charles, Louisiana, Johnny has nothing—not even a plan. Local veterinarian Jackson Everett notices the boy, who reminds him of his own teenage son, and offers him a bed for the night.

Meeting Jackson’s wife Graye, his son Jared, and four-year-old daughter Bryce, Johnny sees a family he could never imagine. He’d been raised by his abusive father after his mother disappeared with his younger brother, and he’s sure he’ll be packed off to a shelter in the morning. He can’t believe it when he’s invited to stay indefinitely.

The Everetts try to help the profoundly troubled teen, but he seems to be at the mercy of his own mind. He’s held captive by flashbacks, excruciating night terrors, and a mounting inability to distinguish delusion from reality. How can he possibly recover, go to school, have friends…have a life?

As the shocking truth comes to light, Johnny struggles to overcome years of abuse, poverty, and despicable horrors to become part of a real family, but is he strong enough to defeat his demons? The Everetts realize Johnny’s journey is now their own, but they face a daunting task.

How much sacrifice is too much when all you can hope for is keeping the tarnished? 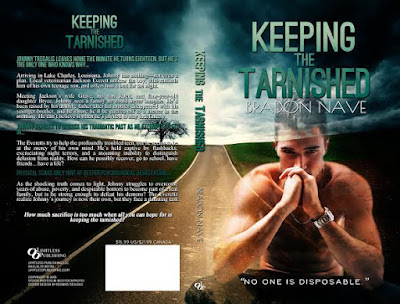 My Thoughts: Where You Come From Isn't Who You Are.
Warning keep the tissues on standby, because this book is heartbreaking and uplifting all at the same time. I've seen it compared to Blind Side, but this story is sooo much more. Truly I didn't know what to expect when reading this novel, but after finishing I'm left feeling emotionally changed in asking myself who can I help in order to make their lives better.
At the stroke of midnight, Johnny Tregalis, turns eighteen and knows he's finally legally free from his extremely abusive father. The problem is he hasn't a clue what to do or where to go, Johnny just knows he has to run. Johnny ends up stranded alone, tired, hunger and afraid in Lake Charles, Louisiana. He is then approached by a stranger named Jackson Everett who notices Johnny's distressing situation and offers him a place to rest for the night. Jackson not one to normally bring home homeless people can't peg his reasoning for helping Johnny out, but knows he just has to help the boy. Johnny is immediately welcomed into the Everett home and though it was meant to be a one night stay, he is eventually offered a permanent home. It's during Johnny's stay with the Everetts that Jackson and his wife, Graye, find out more and more about the trouble teens past. Johnny is a honest and kind hearted boy but it's clear his past home life was nothing short of dark and abusive. Johnny's continues to have a lingering feeling of fear and begins questions if he should stay with the people he's grown so fond of when all he can dream of is his father and fears his dad's return for him. The question for Johnny and the Everetts is can Johnny be truly healed and happy?
Overall, great emotional read. Oh I just wanted to jump in the book and hug poor Johnny a billion times over. Johnny's story will break your heart, but the love the Everetts show him will bring a smile to your face. It's sad to know that a story like Johnny's isn't truly fiction, knowing that there are sick people out there in the world. But I hope there are real Everetts out in the world too. My favorite part was the fact that Johnny was still kind hearted, his life was horrid but he remained good, I loved that! For all that he endured it was great to read that he could still laugh and smile. So if you are up for reading a book about a family taking in a boy who endured abuse no child should have to take especially from a "parent" and yet they remain lovable and strong, than I suggest taking a read of this book just keep tissues handy. 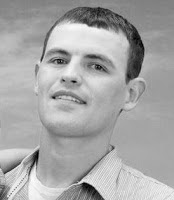 Bradon Nave was born and raised in rural Oklahoma. He attended a small country school during junior high and high school, and graduated with only three people in his class. After graduate school, he decided to devote his spare time to his passion of writing. Bradon currently lives in Piedmont, Oklahoma, with his wife and two young children.

When he’s not writing, he loves running, being with friends and family, and being outdoors.
Posted by hey, it was free at 2:30 PM